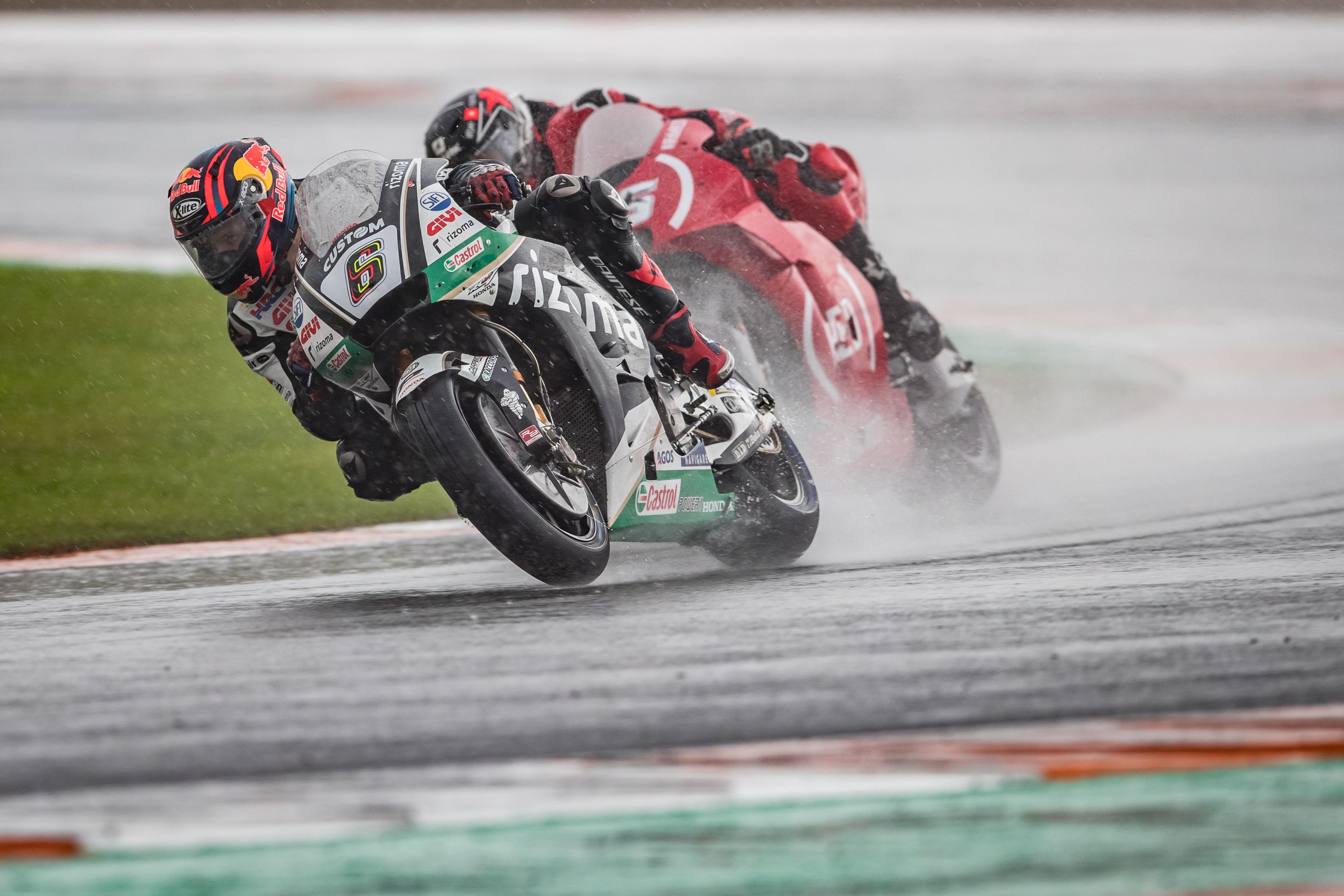 Stefan Bradl ensured the LCR Honda CASTROL Team enjoyed a fine finish to the 2018 season as he claimed a top-10 finish at the Valencia Grand Prix on Sunday. With team-mate Takaaki Nakagami ending as top independent rider in sixth, the German took ninth position after a hectic but thrilling two-part race in soaking conditions in south-east Spain.

With the initial race red-flagged at the start of lap 16 after heavy rain waterlogged the Ricardo Tormo Circuit, a second 14-lap contest was held. Bradl – who is deputising for the injured Cal Cructhlow – showed great concentration to battle through to the chequered flag inside the top 10, ahead of the likes of Jorge Lorenzo and Valentino Rossi.

“First of all I would like to say thank you to HRC and LCR for the support and help I have received after replacing Cal for these two races. I also wish Cal well and hope he can return next year even stronger on the bike. I enjoyed working with LCR again, there are still a lot of things I remember from the past. Today was an incredibly difficult race as you could see from the track condition, the amount of water there was incredible and there were many crashes. My confidence in the wet was not great because I don’t have any experience riding the MotoGP bike in the wet, so for this reason I needed some laps to feel good. It took a while, but in these conditions it’s easy to make mistakes and I’m happy I finished the race in ninth position. It’s ok and thanks to the team for all their efforts.”