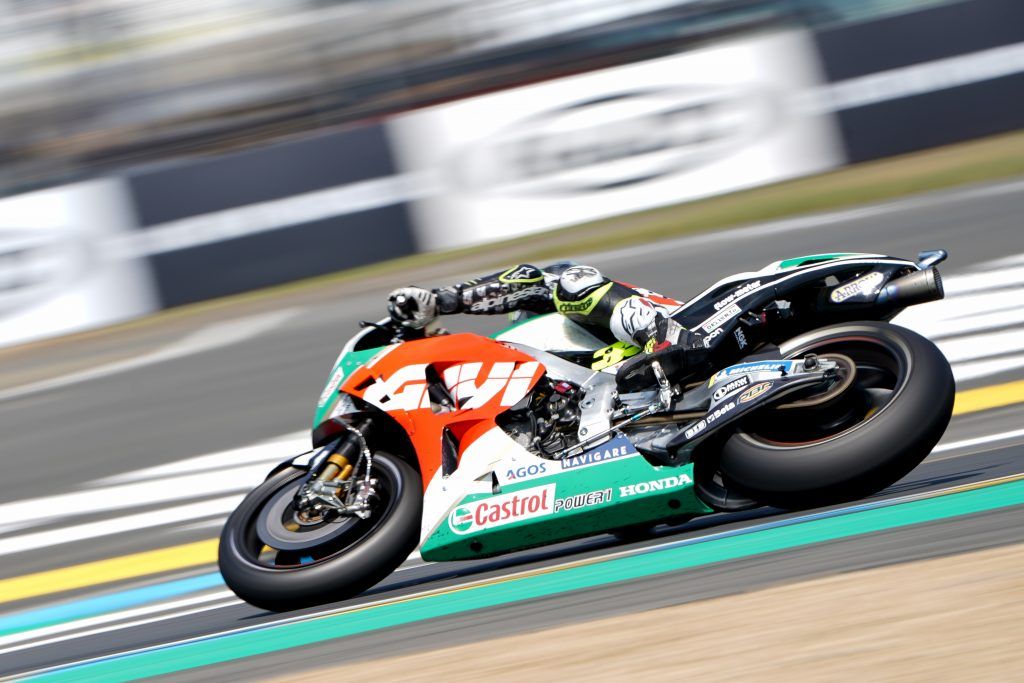 LCR Honda CASTROL rider Cal Crutchlow rode through the pain barrier to secure a remarkable eighth place finish in the French Grand Prix. The Briton was only passed fit to compete on Sunday morning having spent the night in a local hospital following his vicious highside crash during Q1 on Saturday.

Having been given the all clear, Crutchlow demonstrated his bravery and skill to come through the field and finish well inside the points. The LCR man started from 13th on the grid and understandably took some time to feel his way into proceedings after Saturday’s incident. But he got stronger as the race wore on and ultimately ended a challenging weekend on a positive note.

“I was actually a bit disappointed with the race because I knew all weekend I had the pace, but I finished where I finished because of the consequences of what happened yesterday. The team did a great job, they put a bike on the grid for me that was capable of challenging at the front of the race, but I just wasn’t able to today.

“I wasn’t willing to push in the first laps, it was as simple as that. Over the first 10 or 15 laps I didn’t want to make any mistakes, I just needed to stay on the bike otherwise I could have done myself some serious injury. After that, I was able to push a little bit and pick some riders off, but I have to give credit to the team. It’s the first race we’ve finished for a while, it’s not a great result, but I’m happy to have finished and done a good enough job.”