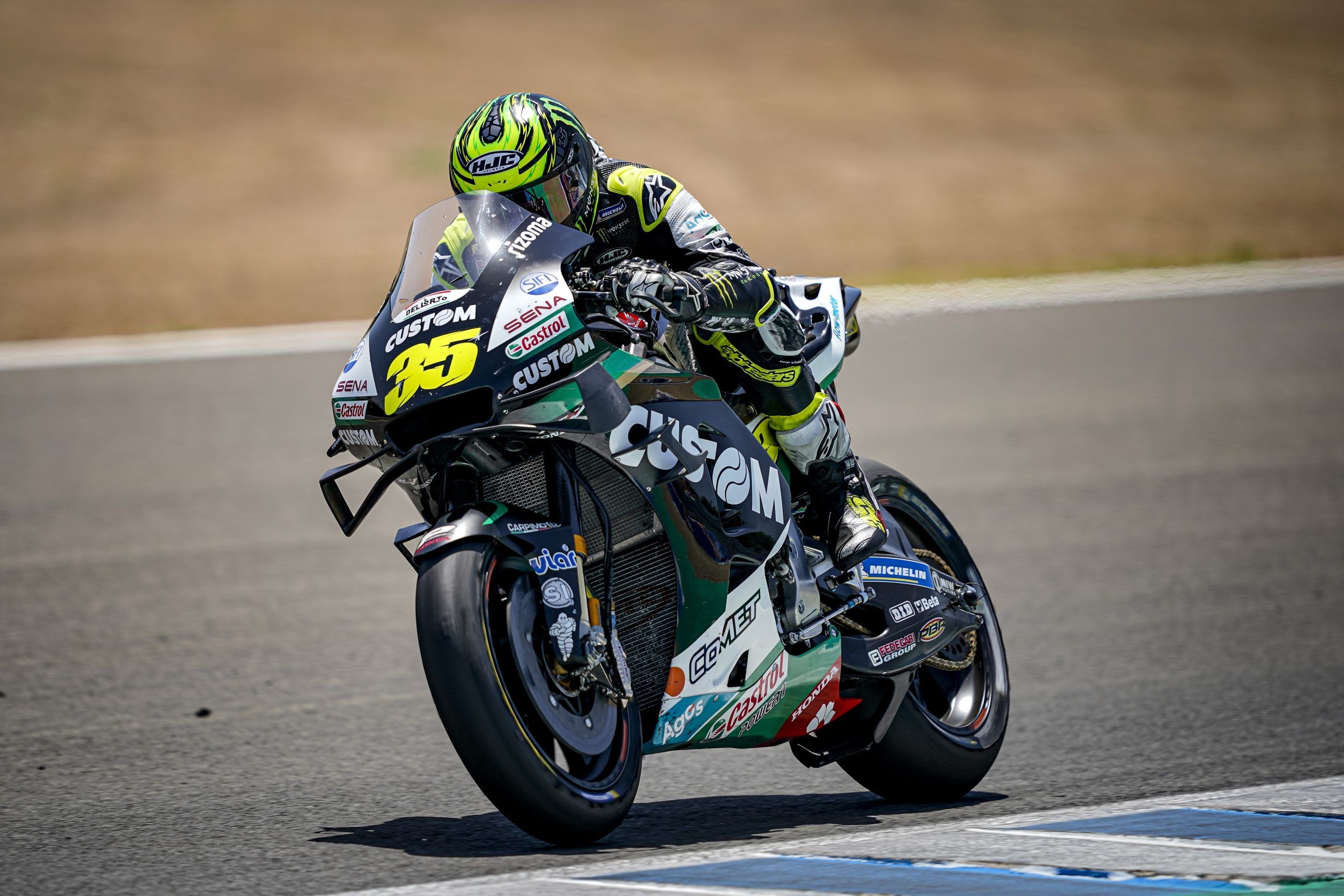 Cal Crutchlow produced a heroic effort to finish in the points at the Andalusian Grand Prix on Sunday. After undergoing wrist surgery on Tuesday, the LCR Honda CASTROL rider defied intense pain to complete all 25 laps at the Jerez Circuit and claim 13th position in hot and challenging conditions in southern Spain.

Having fractured his left wrist exactly one week ago, the Briton had already worked wonders to qualify for Sunday’s race and started from 13th on the grid. After losing places early on, Crutchlow battled hard to stay in the race but headed into the pits late on with concerns over his ability to finish. However, with a points position within his grasp, he opted to head back out to take the chequered flag and complete a brave weekend’s work.