BRILLIANT CRUTCHLOW ON THE FRONT ROW IN ARAGON

BRILLIANT CRUTCHLOW ON THE FRONT ROW IN ARAGON 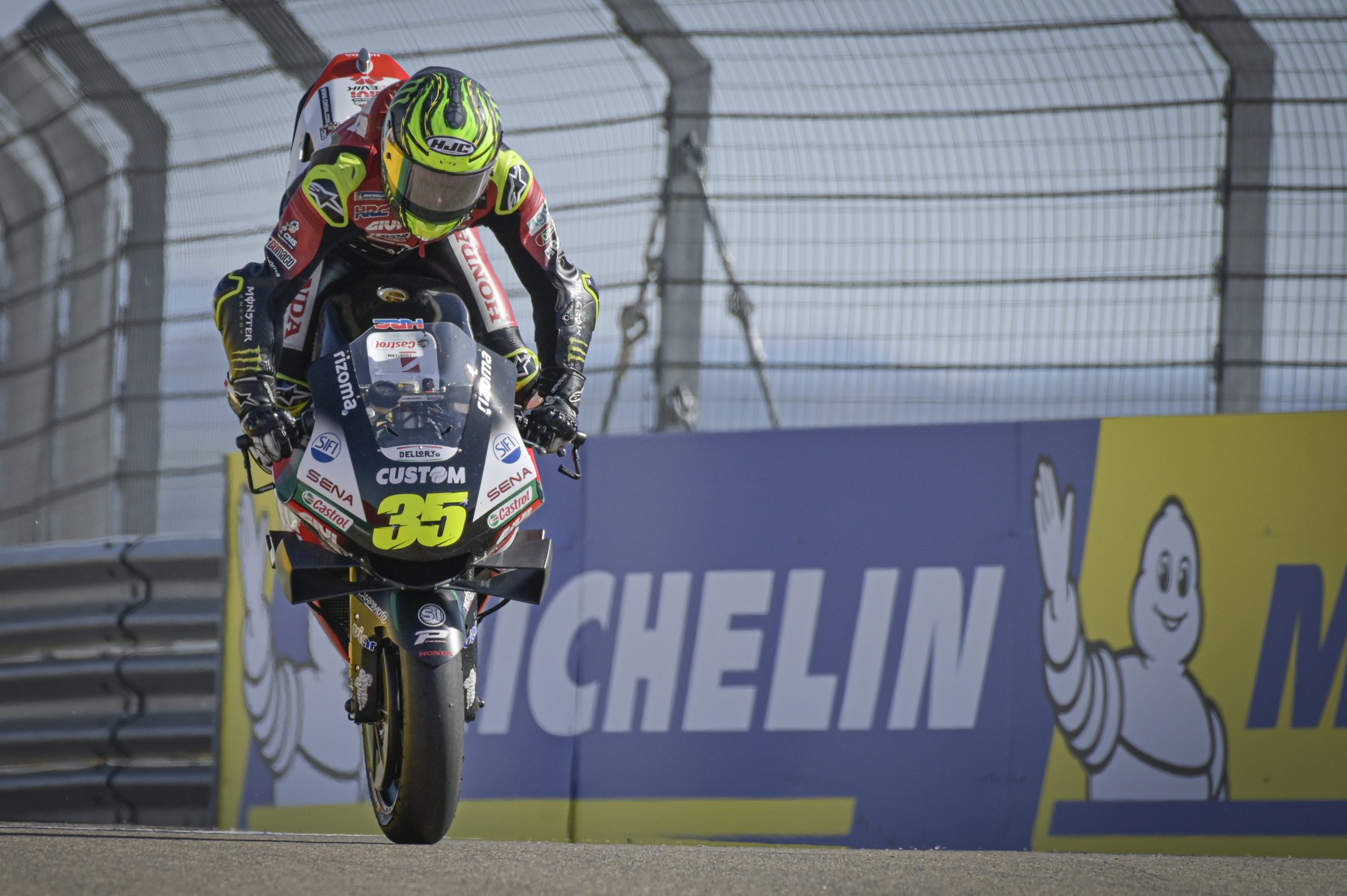 LCR Honda CASTROL rider Cal Crutchlow demonstrated his undoubted class by claiming a spot on the front row for Sunday’s Grand Prix of Aragon. After a difficult 2020 campaign to date, the Briton enjoyed his best day of the season as he competed at the front of field throughout, culminating in him securing third position in qualifying.

In dry, sunny conditions in north-east Spain, Crutchlow laid down a marker in FP3 as he finished in second position to cruise through to Q2 in style. After posting eighth in FP4, the 34-year-old again showed his speed over a single lap in the qualifying shoot-out and joined Yamaha duo Fabio Quartararo and Maverick Vinales in the top three – his first front row start since Austin in 2019.