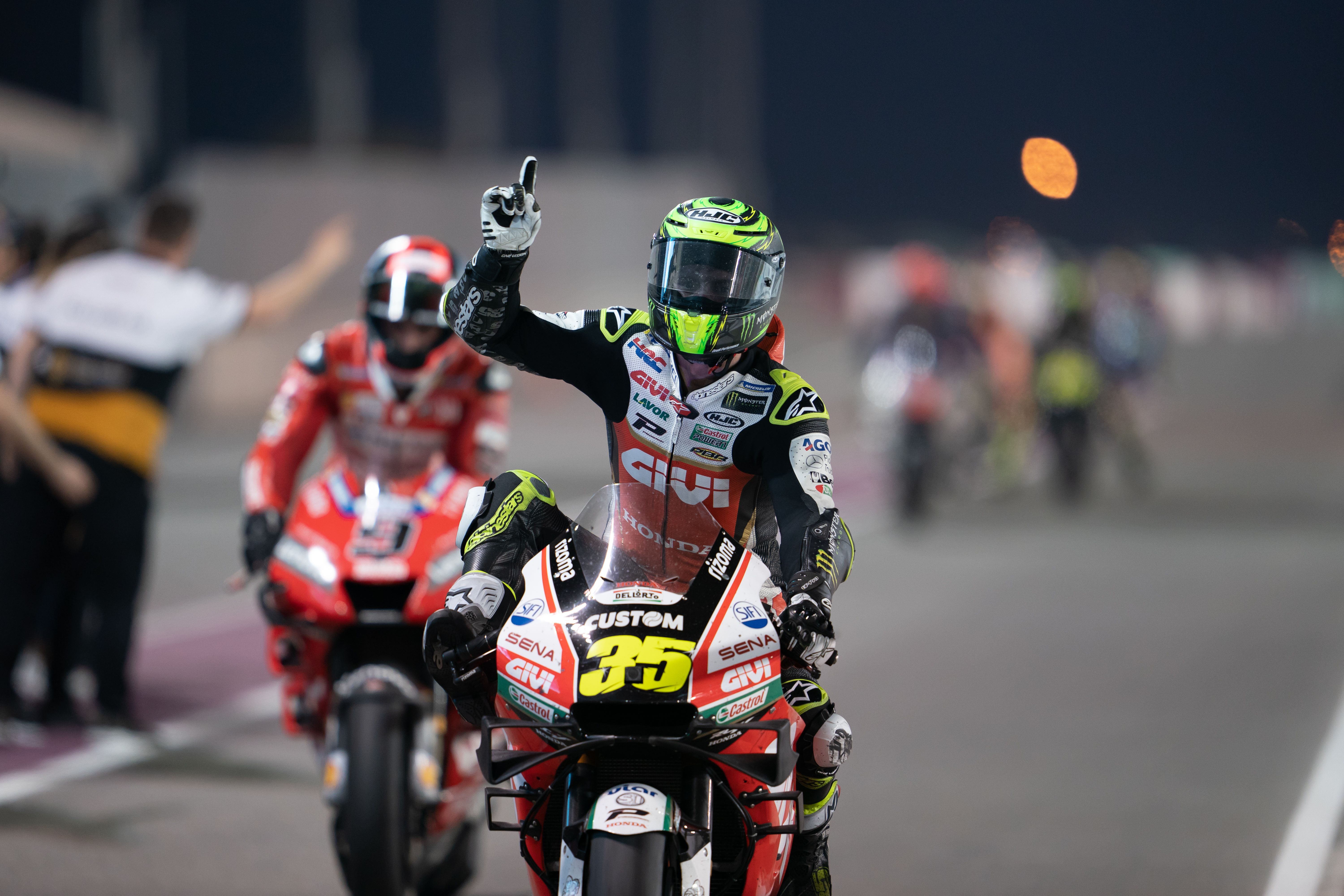 LCR Honda CASTROL’s Cal Crutchlow opened his 2019 MotoGP account with a stunning third place in the curtain-raising Grand Prix of Qatar on Sunday, which was made all the more remarkable by the fact that it was his first race back after suffering a career-threatening injury in Australia last October.

Crutchlow had a horrific ankle-break just four months ago, and only started walking again in January, however the British hero was in remarkable form under the floodlights of the Losail circuit in the Gulf state. He battled hard for victory throughout the epic 22-lap race, and having retaken third place from rival Alex Rins on the final lap, held out to finish just three-tenths behind the eventual winner Andrea Dovizioso, marking an unbelievable comeback ride.

It means back-to-back podium finishes for the 33 year-old, who next up heads to the scene of his last grand prix victory, the Termas de Rio Honda circuit in Argentina.

“It’s great to even be back racing in MotoGP, let alone come away with a podium finish, but my LCR Honda Castrol Team did a great job. We worked hard this weekend because the tests were a bit of a waste of time for me. This weekend has been difficult, and if you had asked me after warm-up if I’d finish on the podium I would have laughed!”

“I played my cards in the race, I felt good and once we started the race myself and Marc Marquez had similar tactics – saving the rear tyre and managing things a little bit more.”

“What a great start to the season for everybody, for my team, for the riders and the fans here in Qatar and for the people watching at home. It seems every race in MotoGP is always a battle and it was nice to be in it and race and get a podium. It’s a dream to be honest. At one point we didn’t know if I was going to be coming back at all.”