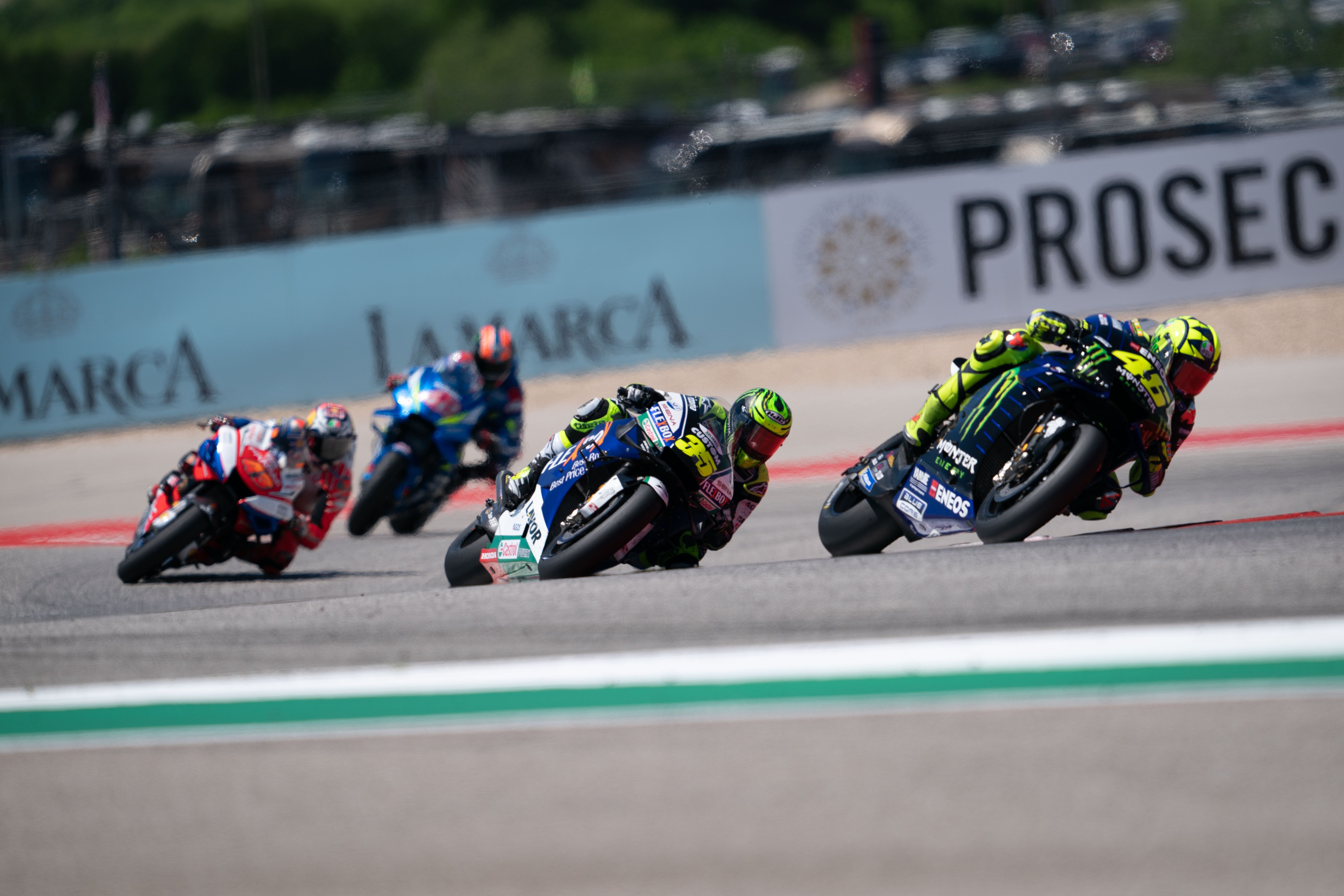 Cal Crutchlow ensured another frustrating Sunday afternoon as he suffered an early fall at the Grand Prix of the Americas in Texas. The LCR Honda CASTROL rider looked poised for an assault on the podium places in Austin having started in third position on the grid after demonstrating impressive during qualifying.

The Briton had made a strong start to the race and was ahead in a front three along with pole-sitter Marc Marquez and Valentino Rossi in the early stages. However, Crutchlow lost the front end of his RC213V on lap six when stalking Rossi and slid out to bring his race to a premature and disappointing  end.

“Obviously I’m very disappointed with today’s result here at the Circuit of the Americas. It seemed that I got a good start and managed to be on the pace with the front guys, Marc had a little bit of a lead but I felt comfortable in the position I was in. Unfortunately I started to feel some issues with the turning of the bike, the front tyre was not giving me a great feeling and when I crashed I think I made a mistake because the engine was snapping on the braking. I locked the front in turn 11 going on to the back straight and it was the end of my race. We have to look for a solution to this because we need to improve the bike in this area. It’s my first mistake of the year and I’m disappointed to make it here because we could have capitalised on some great points (in the championship), but we have to look forward to Jerez now which is another great circuit and we hope to do a better job there. I want to thank my team who produced a great bike all weekend and we’ll look to try and improve it in Jerez in two weeks’ time.”