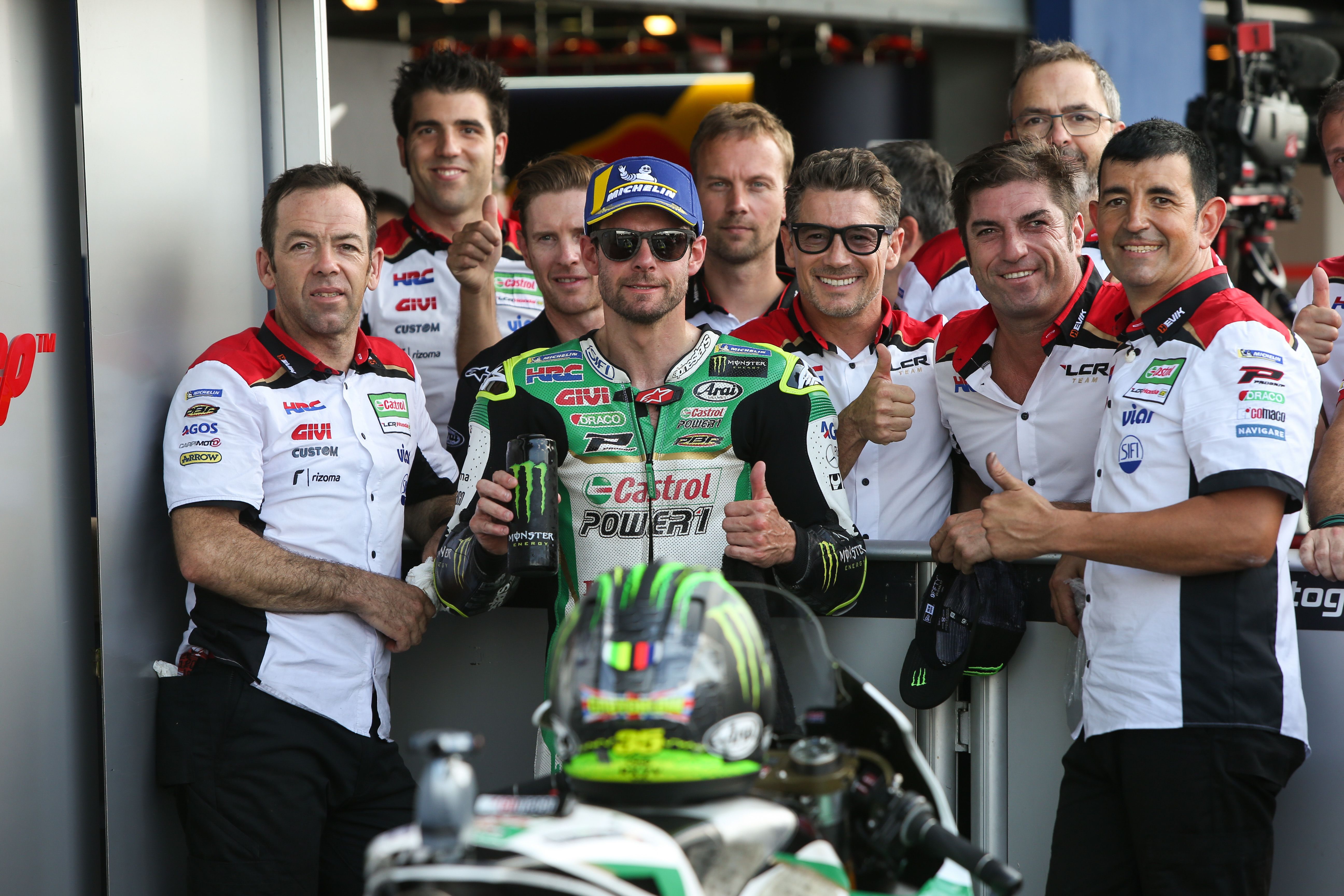 LCR Honda CASTROL rider Cal Crutchlow secured a place on the second row of the grid for Sunday’s inaugural Thailand Grand Prix. The Briton performed impressively on another scorching hot day in the Asian kingdom and emerged with fifth place after a hotly-contested Q2 session at the Buriram International Circuit.

Crutchlow – whose RC213V is carrying the famous Castrol green and red livery this weekend – was once again the fastest Honda rider in the morning’s FP3 session as he finished fourth. That ensured he comfortably progressed to Q2 and he was in a front row position with just over a minute of the qualifying session left. However, he lost a couple of spots in the closing moments, but remains happy with the team’s efforts heading into Sunday’s race.

“Today was a positive qualifying session. My aim was to get on the front two rows, obviously I would have preferred to be on the front row, but I tried my best. The bike and the team is working well, I think tomorrow is going to be a very long race but we look forward to it. Hopefully we can have a good battle and get a good position”.

“To be starting quite close to the front is always important, especially at a track like this that we don’t know. We’ll need to fight hard, but I think our pace is fast enough for a good result tomorrow.”