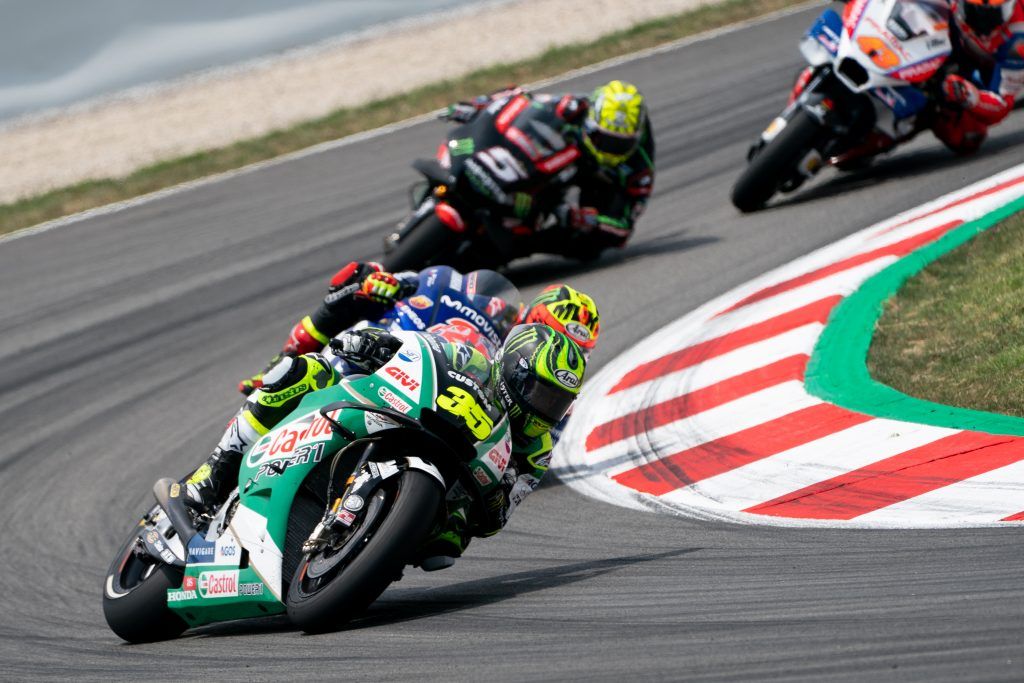 LCR Honda CASTROL rider Cal Crutchlow produced a classy ride to claim an excellent fourth place at the Grand Prix of Catalunya on Sunday. A late crash in qualifying on Saturday had seen the Briton start from the fourth row in Barcelona, but he demonstrated patience and the pace that had been evident all weekend to eventually finish just outside the podium spots.

Having made a solid start, Crutchlow started to make his way through the field as he passed the likes of Maverick Vinales and Andrea Iannone. In the latter stages he became involved in a battle with HRC colleague Dani Pedrosa for fourth spot but, having got the better of the Spaniard, opened a gap which he maintained until the chequered flag.

After his disappointment on Saturday, Crutchlow was understandably satisfied with the result which leaves him sixth in the World Championship standings, just eight points behind Vinales in third.

“A good day today, obviously the whole LCR Honda CASTROL team did a good job. We’re pleased with the result. For the bad qualifying yesterday I’m sorry to the team, but I think we repaid them today with a good result.

“I aimed for the podium and we finished fourth, so we have to be happy with the result and it’s also good for the championship. Thanks to my team for all their efforts this weekend, we put on a good show and now I look forward to Assen.”