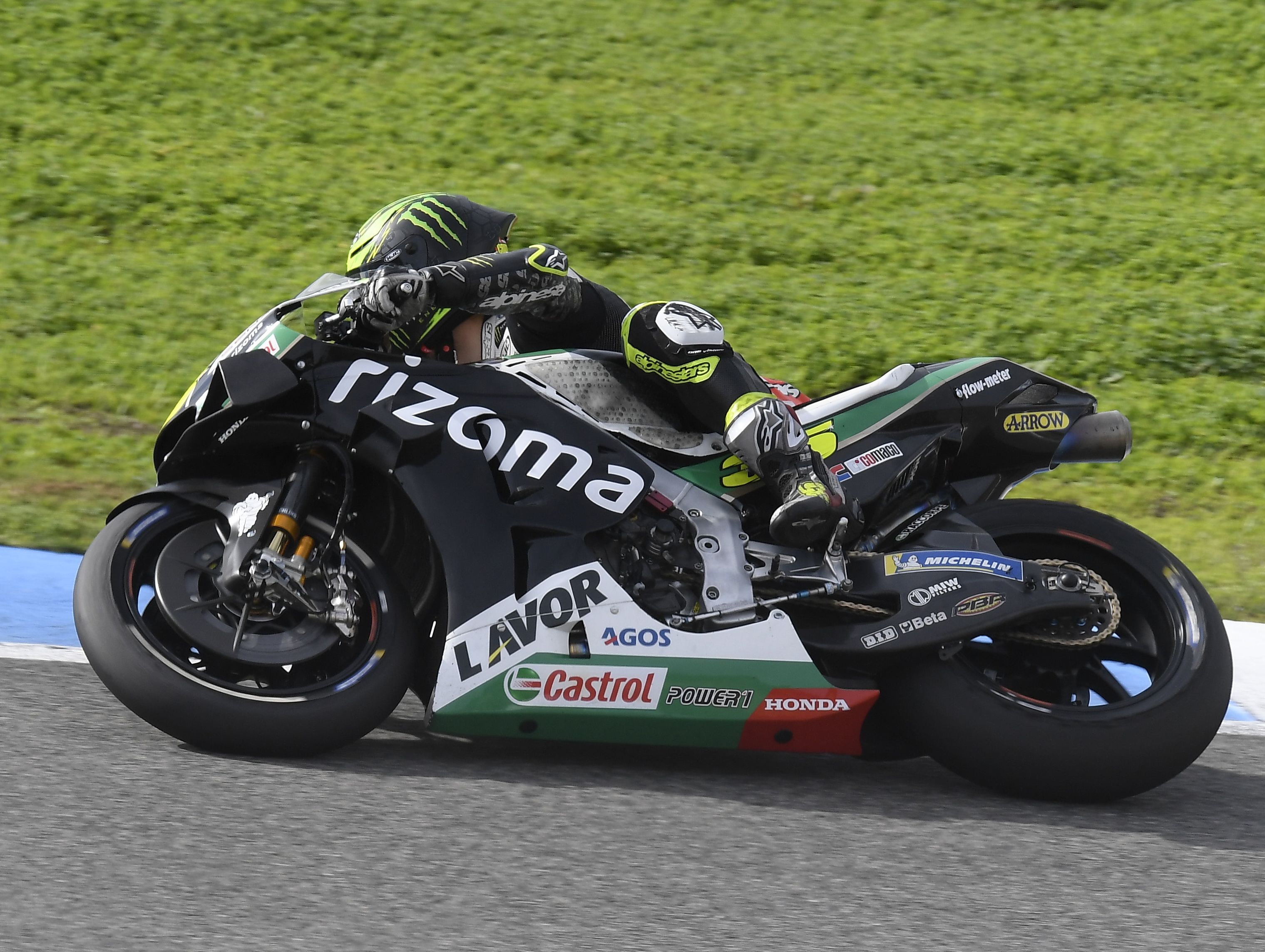 After the MotoGP racing season finished just over a week ago in Valencia, Cal Crutchlow today brought the curtain down on the on-track action for the LCR Honda CASTROL Team in 2019, by completing the second of two days testing in Jerez, Spain.

The Andalusian tests were hampered by rain on both days, but Crutchlow still managed to put in 66 laps on day one, before completing 14 on day two, with lap times from all riders mostly well behind those from the Spanish Grand Prix and subsequent test back in May.

MotoGP’s official testing ban begins this weekend, and runs until the beginning of February when Crutchlow will be back out at the Malaysian circuit at Sepang on the 7th. After three days there, he and the squad move on to Qatar for a further three-day test from the 22nd-24th February, ahead of the season-opener under lights at the same Losail circuit on 8th March.

“On day one we did a short evaluation of a few parts with the 2019 bike. We were happy enough with how the day went. We couldn’t get too many laps because the weather wasn’t fantastic. On a normal test here we could probably do 100 laps in a day, but on the first day this time we only did 60-ish and today just 14. Overall, we’re happy with the work we managed to fit in”.

“Day two wasn’t too useful as regards our plans to make steps forward with the 2020 project. It’s a shame for everyone that the weather hasn’t been great, but we will work with the engineers in the factory over winter to make sure we have the best package available for the 2020 season.”