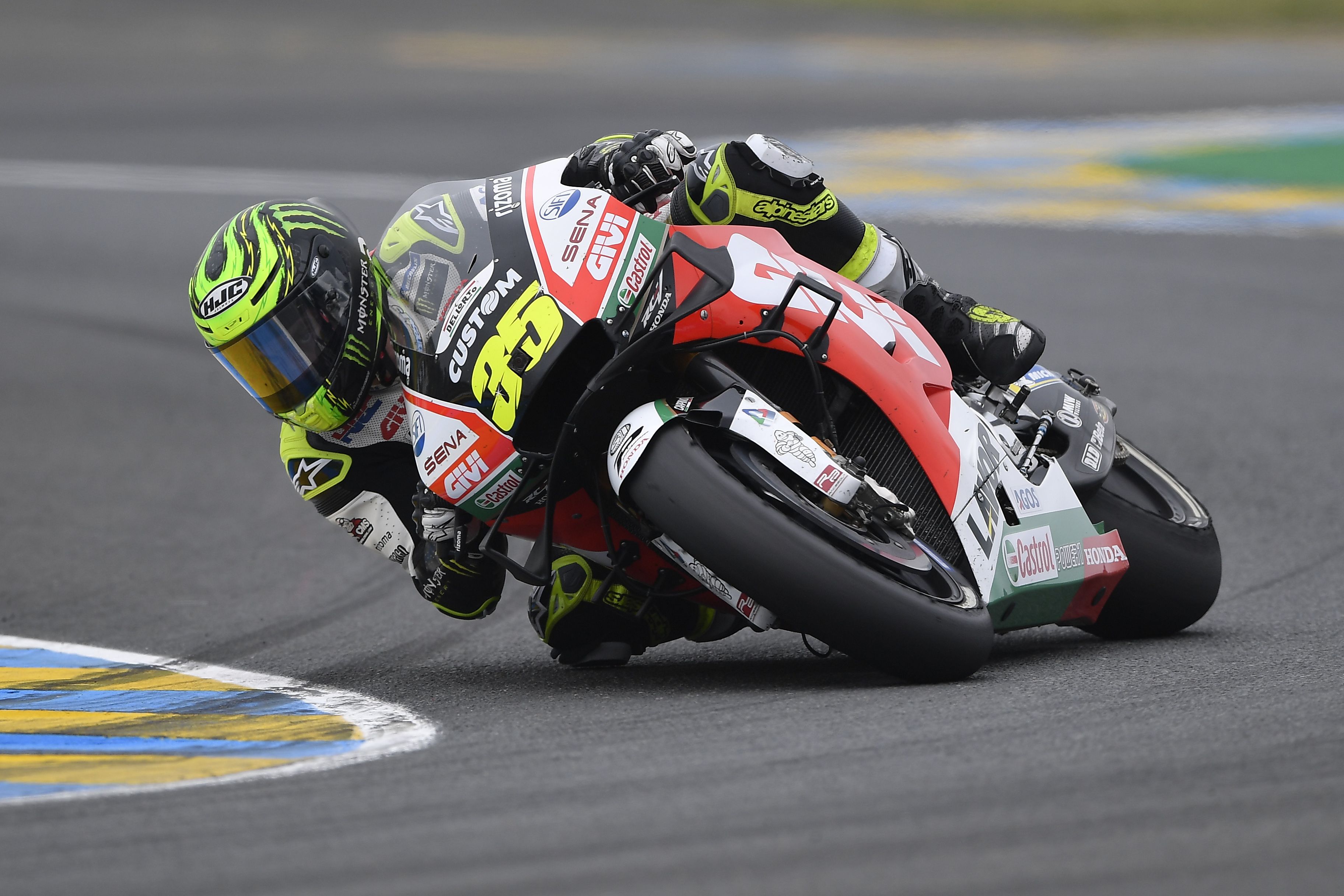 Cal Crutchlow battled back to claim a top-10 finish at the French Grand Prix as factory Honda colleague Marc Marquez claimed the Japanese manufacturer’s 300th premier-class victory on Sunday (this milestone has been reached also thanks to Crutchlow’s three premier class victories in 2016 and 2018 aboard the RC213V).

The Brit had started from 15th on the French grid after missing on Q2 yesterday, but surged through the field on the opening lap after making a fast start at Le Mans. The LCR Honda CASTROL rider was not able to make further progress as the race unfolded and eventually had to settle for ninth after being passed by home favourite Fabio Quartararo on the final lap. Although not satisfied with his weekend’s work, Crutchlow chose to focus on the positives and is now looking to push on at his team’s home race at Mugello in the next round.

“A disappointing day in terms of the result, I didn’t come here to finish ninth this weekend. So I’m disappointed in terms of where I finished, but the positive we have to take is that we got some more valuable data on the bike. Overall, I didn’t feel comfortable with the setting of the bike and the feeling I had with the bike and the tyres this afternoon, so we need to improve and work on that. We qualified in 15th and that always makes it difficult, but I got a good start and was ninth on the first lap and then finished ninth in the race. I wanted to reduce the gap to the leaders a little bit, but that was not possible today, so we’ll try again in Mugello. Congratulations to HRC for the incredible success of the 300 victories: I am proud to be part of it!”