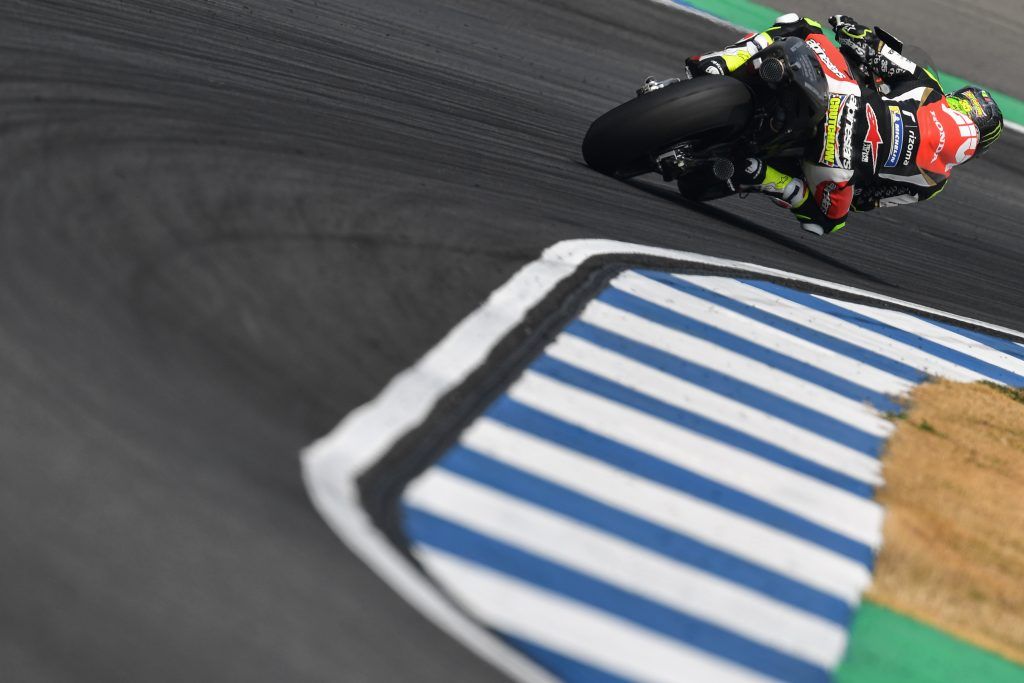 LCR Honda CASTROL’s Cal Crutchlow ended the third and final day of testing at the Buriram International Circuit in fine fashion as he finished third fastest on the day and fourth overall in MotoGP’s second pre-season session.

The British rider has enjoyed a successful reconnaissance of the new venue over the past three days, ahead of October’s maiden event in the north-east of Thailand late in the 2018 season. He stopped the clock in a best time of 1’30.064 today, four-tenths quicker than on Saturday, and just a quarter of a second behind fastest man of the week – Honda colleague Dani Pedrosa.

With LCR Honda team-mate Taka Nakagami also inside the top ten, the Thai test has been a worthwhile outing for the entire squad, ahead of the final three days of tests in Qatar in two weeks’ time – scene of the opening round of the 2018 MotoGP season on March 18th.

“It was a good enough day today, we are happy with our pace. We were lucky to get a full day’s testing in and get through our plan. At the end of the day we wanted to put a ‘lap-time’ in but unfortunately we had the soft rear tyre in at the time and I pushed too hard and ran off the track. I stayed on the bike,but it would have been a good lap and another morale boost.”

“It doesn’t really matter though because we were already consistently fast throughout the day. I set my best time with the medium rear tyre and a used hard front tyre which is positive. We did some good runs throughout the day, as a team we have worked very well and we’re also pleased as a team for how well Taka (Nakagami) is riding too. He’s shown a lot of people and a lot of the riders what he can do in MotoGP today.”