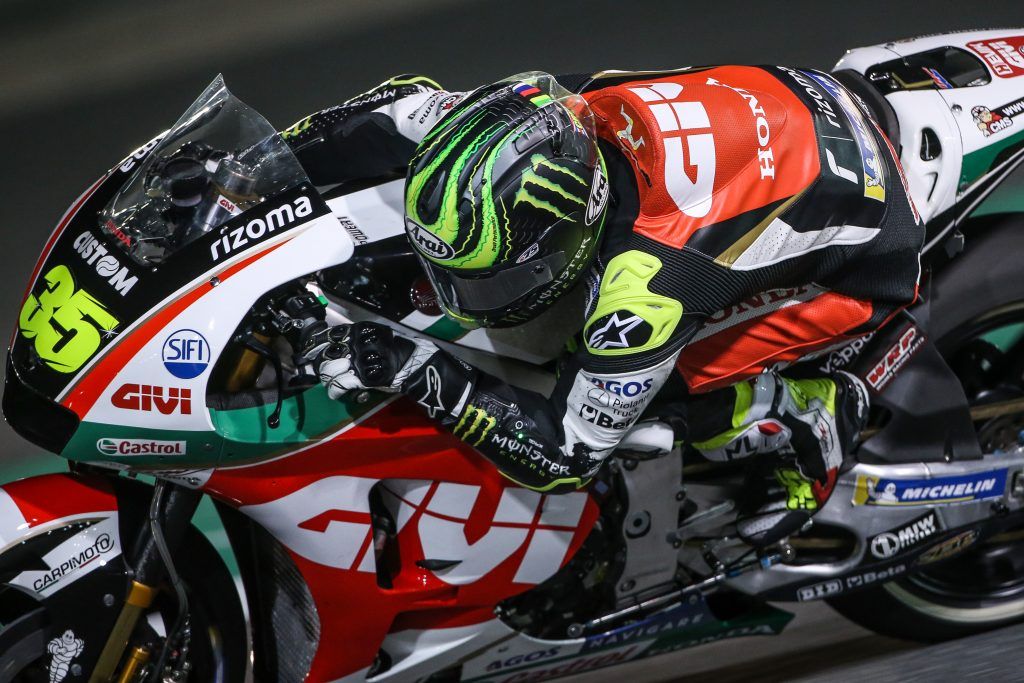 LCR Honda CASTROL rider Cal Crutchlow finished eighth fastest on the opening day of the Qatar Grand Prix as the 2018 MotoGP World Championship got underway at the Losail International Circuit today. The Briton headed into Friday’s free practice sessions in confident mood after a positive winter of testing on board his new factory Honda machinery.

The 32-year-old was on the pace all day and looked good after posting the seventh quickest time in FP1. However, he was unable to find his best rhythm in a typically frantic finish to FP2 and eventually had to settle for eighth spot. While not satisfied with his position, Crutchlow is hopeful of improving again on Saturday.

“The day was positive enough, although I’m not positive that we’re five tenths off at the moment. I felt we were strong all day, but on my last lap I did not have a great feeling with the bike at all, I was stronger at the start and the middle of the session. So to be eighth is disappointing, but at least we’re in the top ten because I think it will be harder to make a good lap time tomorrow.

“I had some important chattering and we are now investigating. On the whole we’re happy and positive as we have been for most of the winter tests – I’m not happy to be eighth because I think my pace is better than that, but tomorrow hopefully we’ll have a better day and go faster.”