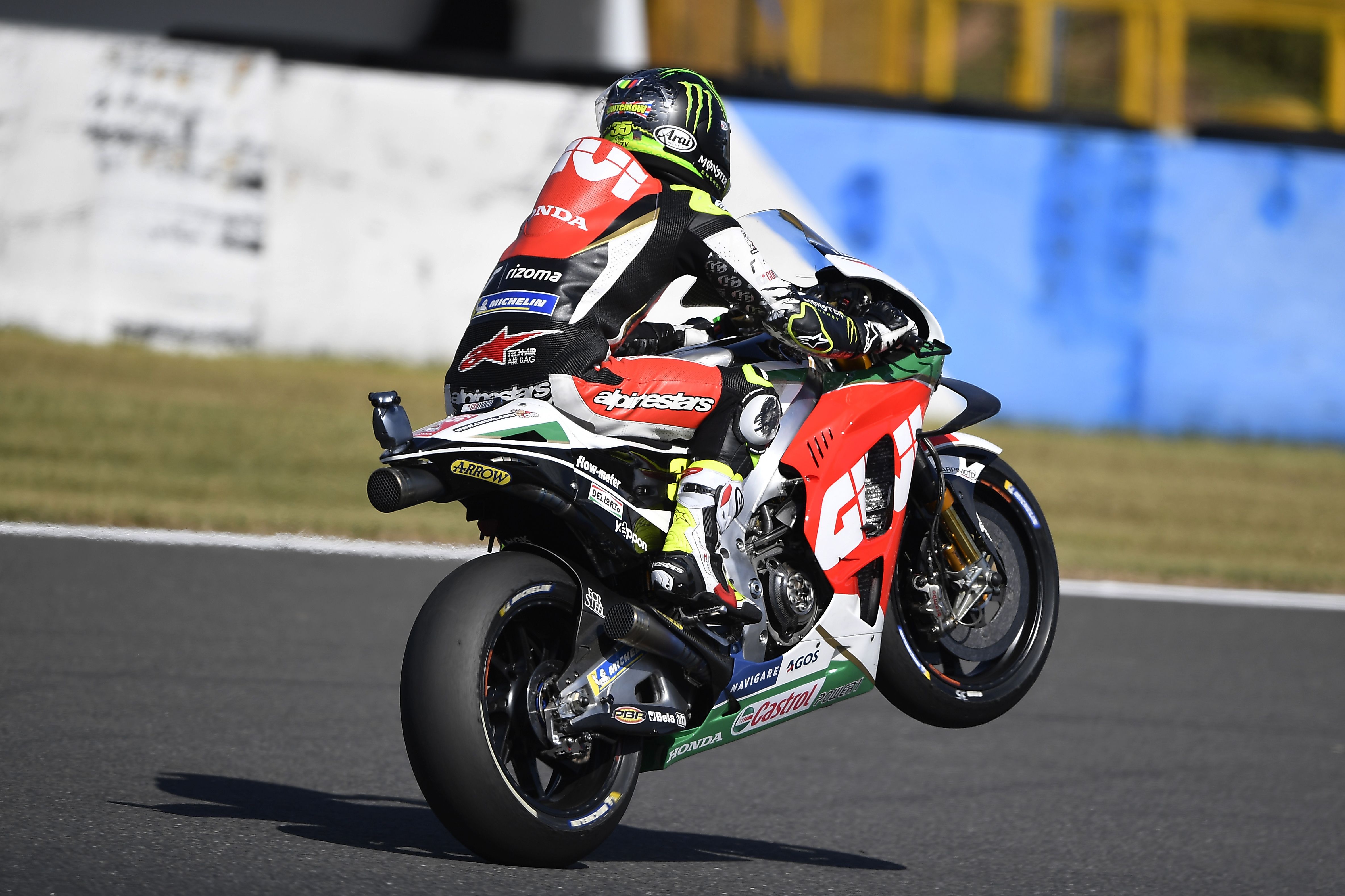 LCR Honda CASTROL rider Cal Crutchlow will start Sunday’s Japanese Grand Prix from the second row of the grid. The Briton was impressive throughout Saturday’s sessions at the Twin Ring Motegi, but just failed to translate his pace into a place on the front row.

As he was in Friday’s FP1, Crutchlow was second fastest in both FP3 and FP4 as he laid down a marker ahead of qualifying at HRC’s home race. However, a small error on his final lap in Q2 saw him miss out on the top three by less than a tenth of a second, although the LCR man remains in confident mood.

“We are happy about the pace for today, the Team have worked very hard over the weekend to improve our package and be competitive, and we are. But I’m disappointed about the qualifying position, I made a mistake in the last corner and I was unable to take advantage and go on the front row. It would have been very helpful for tomorrow’s race to be starting on the front row. I’ve had great pace all weekend and I feel comfortable and confident for tomorrow, I look forward to seeing what happens in the race.”