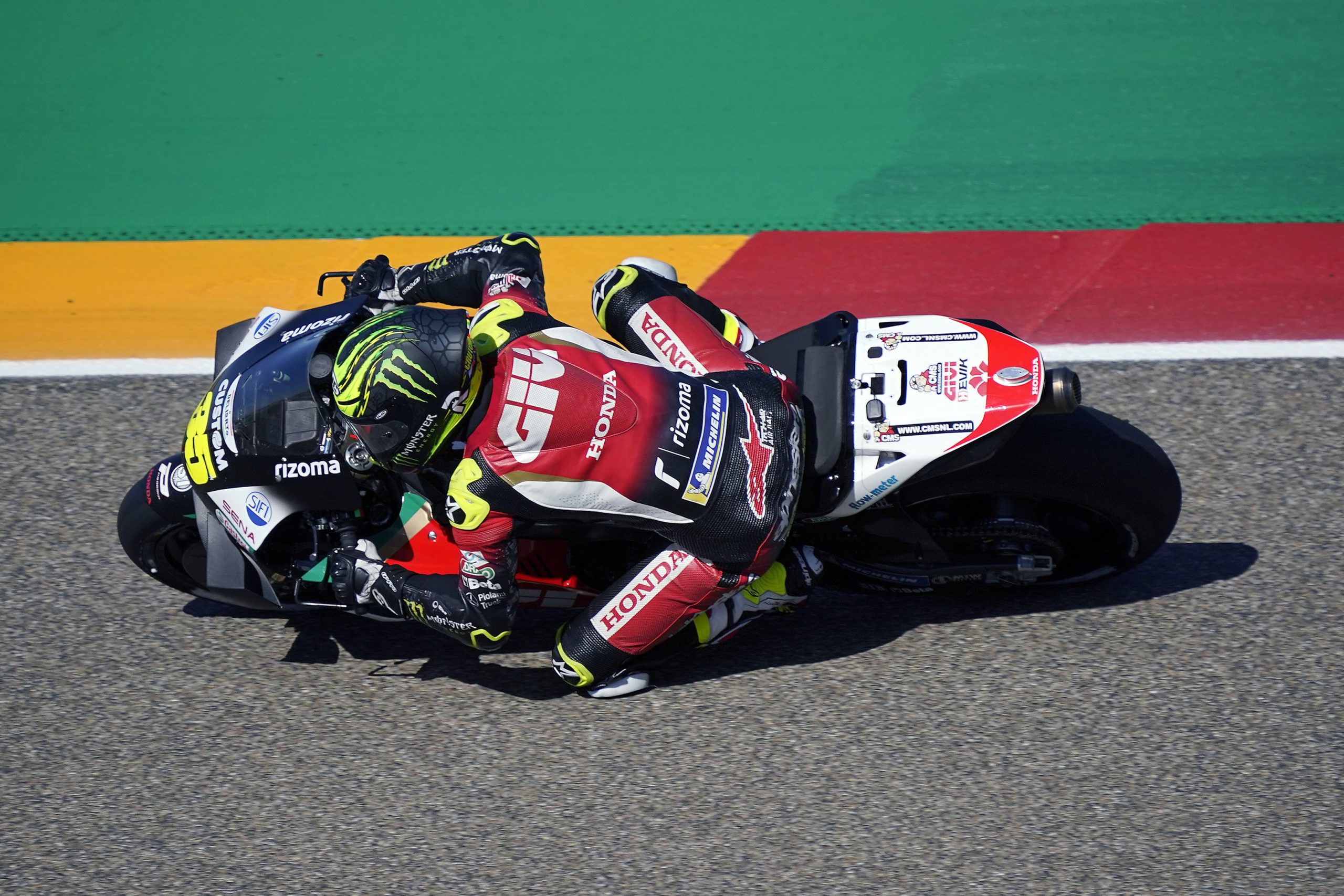 Cal Crutchlow picked up where he left off in France as he was straight back on the pace in the opening free practice sessions for the Aragon Grand Prix. Although he failed to finish last Sunday’s race at Le Mans, the LCR Honda CASTROL rider showed his speed all weekend and was amongst the frontrunners again in Spain on Friday as he ended in fifth place overall.

With freezing cold conditions complicating matters for the premier class riders, Crutchlow made a sound start in a delayed FP1 session as he posted the ninth fastest lap. Times improved in FP2 as things warmed up a little and Crutchlow ensured he was well-placed ahead of qualifying on Saturday by going fifth quickest, ending as the leading Honda rider.