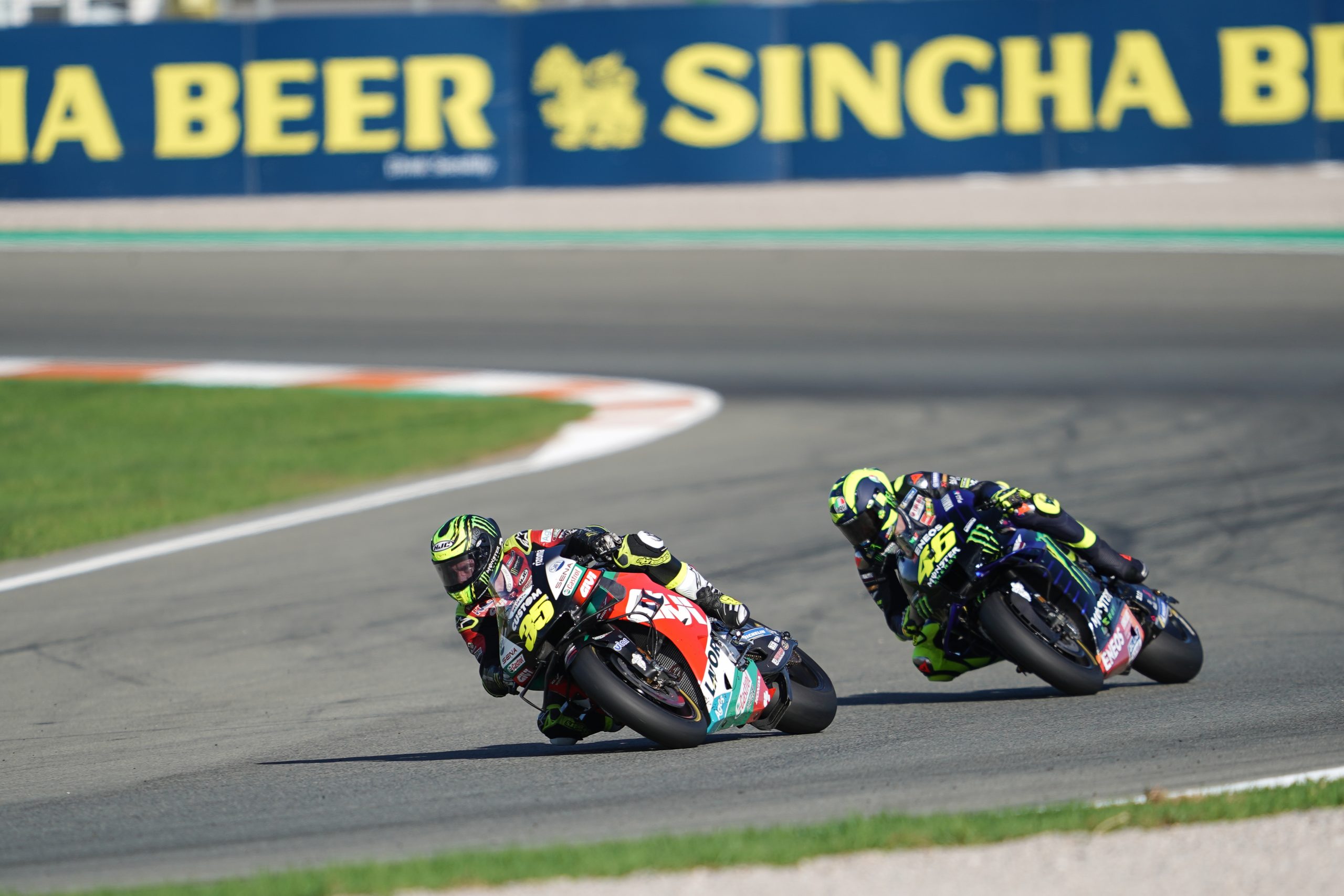 Cal Crutchlow produced a battling performance to claim a points finish in the Valencia Grand Prix on Sunday. After an unlucky break on the opening lap, the LCR Honda CASTROL rider was unable to force his way into the fight for the leading places at the notoriously tight Circuit Ricardo Tormo, but showed determination to finish as the leading Honda rider in 13th spot.

Having started from the fifth row of the grid, Crutchlow made a great start to close on the top 10, but was then forced out wide and lost his early momentum. He continued to push hard and fought his way back into the points positions, eventually finishing behind the Yamaha of Valentino Rossi.