CRUTCHLOW HOPEFUL AFTER DAY ONE AT LE MANS

CRUTCHLOW HOPEFUL AFTER DAY ONE AT LE MANS 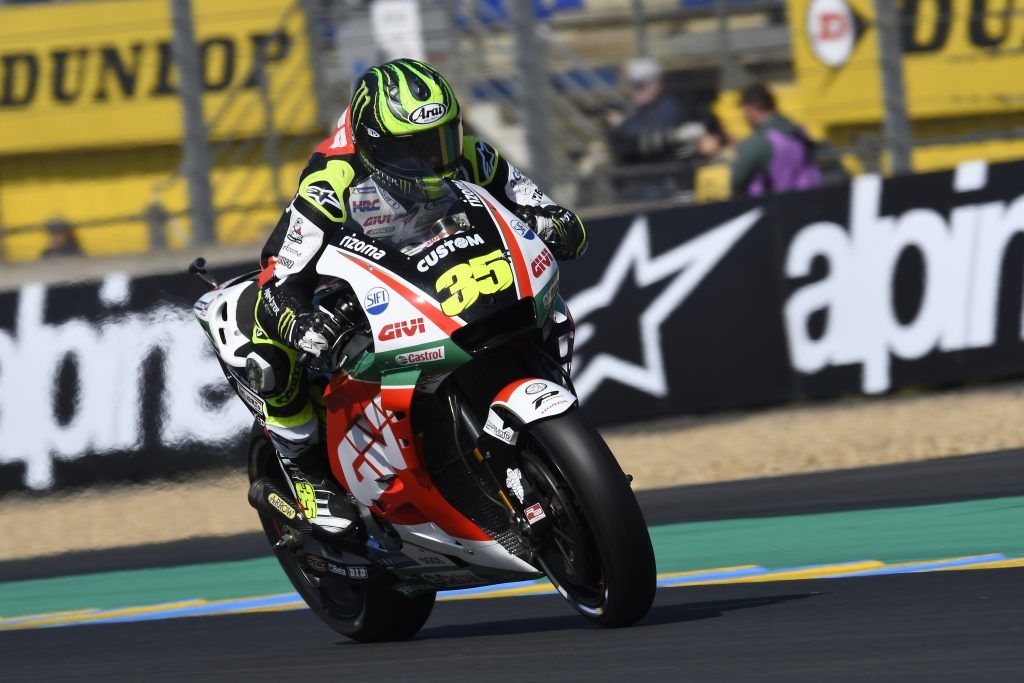 LCR Honda CASTROL rider Cal Crutchlow ended Friday practice for the French Grand Prix in 11th spot on the timesheets, but was not too downbeat after again demonstrating his undoubted pace. A late fall in FP2 scuppered the Briton’s hopes of a higher finish, but his performance during the morning session will leave him in confident mood ahead of qualifying on Saturday.

Looking to bounce back after disappointing outings in Austin and Jerez, Crutchlow showcased his speed early on by going fourth fastest in FP1 as conditions helped at a clear and sunny Le Mans circuit. He was hopeful of building on that performance in FP2, but suffered frustration as he went down at turn five late in the session to end the day just outside the top ten.

“I hate being outside the top 10 in an FP2 mainly for the sake of sleeping well tonight, but we have the pace – there is no doubt about that. Overall, I felt very good today and although I didn’t feel that good with the front of the bike, I felt on the pace. We used the hard rear tyre at the end (of FP2) and I kept the front tyre from the start of the session, but it was just not in his best condition, it was as simple as that.

“I nearly went down at turn one and then I saved it for a lap later at turn five! It was completely my own mistake, I was a little bit wide and I should have just gone straight and not made the corner, but I tried to tip in and hit the bump. But I’m pleased to be on the pace and hopefully tomorrow will be a better day.”