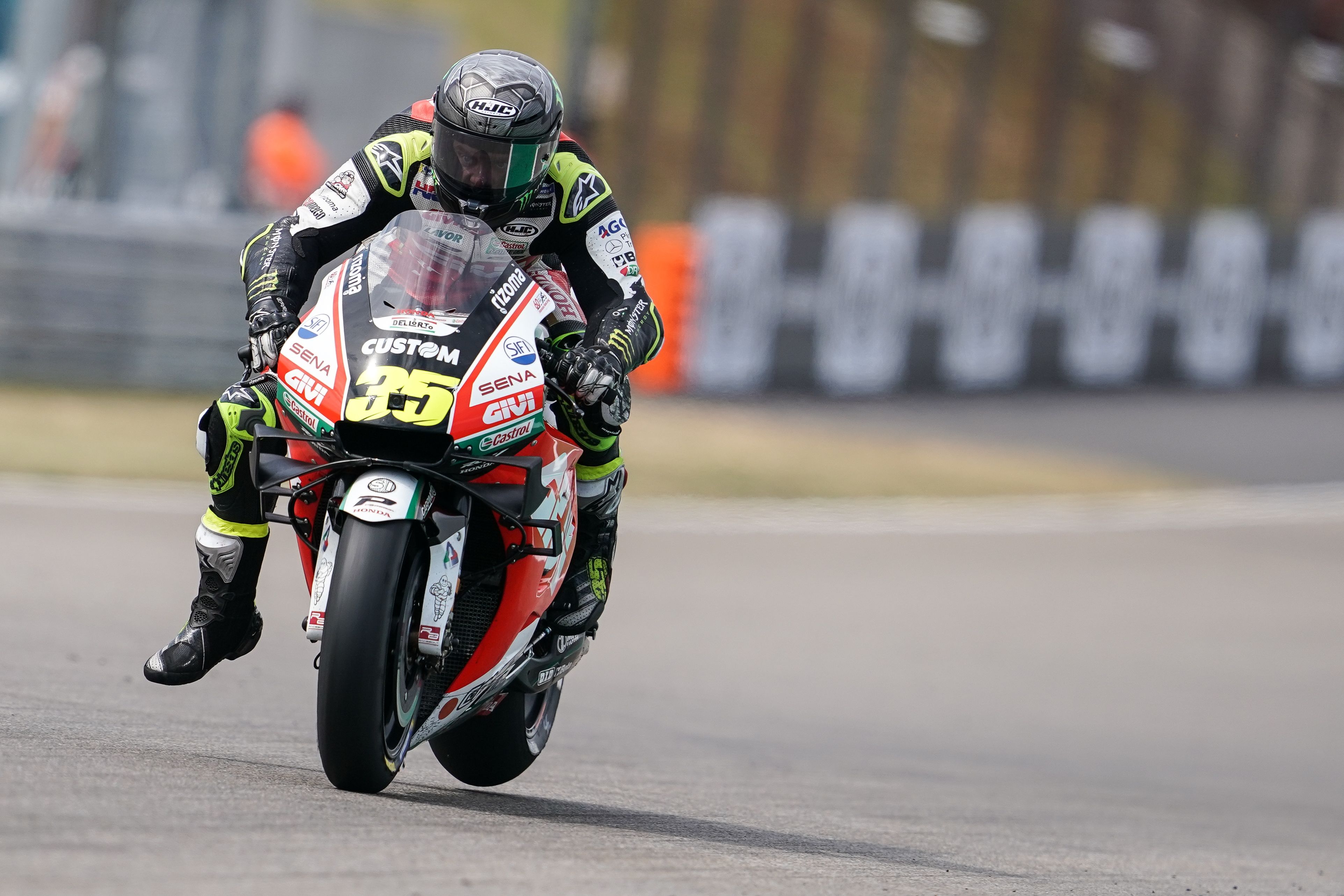 Cal Crutchlow secured a spot on the second row of the grid for Sunday’s German Grand Prix, the ninth round of this year’s MotoGP World Championship. The LCR Honda CASTROL rider was on the pace throughout on a scorching Saturday at the Sachsenring and ultimately claimed sixth position in qualifying, just as he did at Assen last weekend.

The Briton again made light of the knee injury he picked up prior to the race weekend as he posted the fourth quickest time in the morning’s FP3 session to easily progress to Q2. Although he then struggled in FP4, Crutchlow produced in qualifying with his penultimate flying lap good enough to earn him a place on the front two rows for Sunday’s race.

“Yeah, I’m happy enough. I qualified there in Assen, sixth there and sixth here. I think that’s about our pace this weekend, it’s going to be a really long difficult race and obviously the heat today didn’t help anybody’s tyres, but overall we’re happy enough. I’ve no idea (about tyres for the race), I used the really used rear tyre in FP4 and it was horrendous, but that’s what it’s going to be like in the race. Marc (Marquez) has the pace compared to everybody else, we can see that, but we just don’t know how our rear tyre performed in that session because we used it from the morning. We’ll see, I believe that we have the pace to do a good job tomorrow, potentially fight for the podium or potentially fight for tenth. It’s always a good race here and a real battle.”