CRUTCHLOW ON THE FIFTH ROW AS RAIN HITS VALENCIA QUALIFYING

CRUTCHLOW ON THE FIFTH ROW AS RAIN HITS VALENCIA QUALIFYING 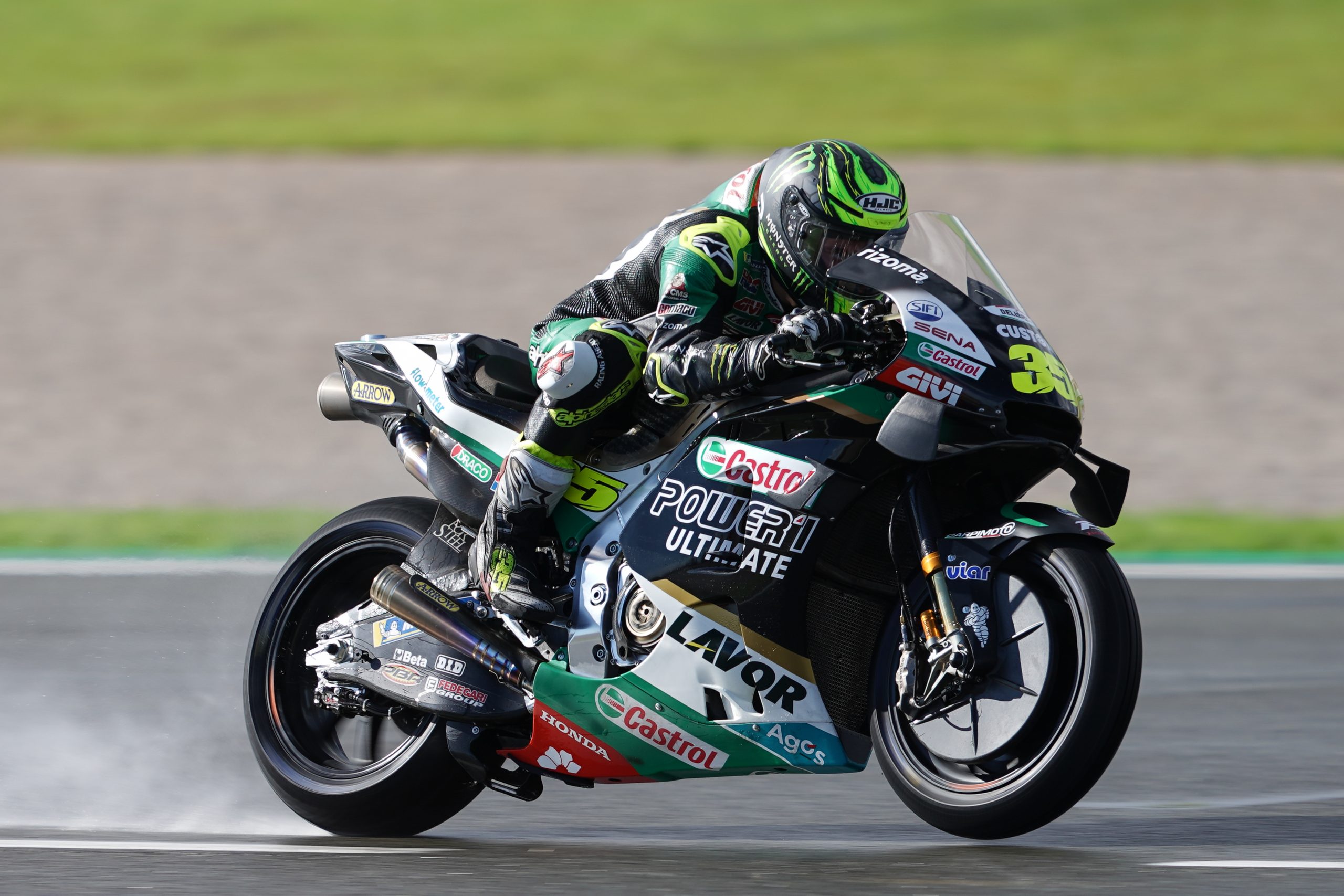 Cal Crutchlow will start the Europa Grand Prix from the fifth row of the grid after a tough day in Valencia on Saturday. The LCR Honda CASTROL rider was unable to advance from a competitive Q1 session as rain again ensured the MotoGP class riders weren’t able to push as expected and the Briton now has work to do heading into Sunday’s race.

Having seen his best lap on Friday chalked off due to a yellow flag, Crutchlow’s fears were confirmed when wet conditions ensured he was unable to break into the top 10 overall in FP3, despite finishing fifth. In a damp Q1 session containing the likes of Alex Marquez, Maverick Vinales and Johann Zarco, Crutchlow had to settle for fifth spot and will now start from 15th on the grid in tomorrow’s race.