CRUTCHLOW ON THE FRONT ROW IN ASSEN

CRUTCHLOW ON THE FRONT ROW IN ASSEN 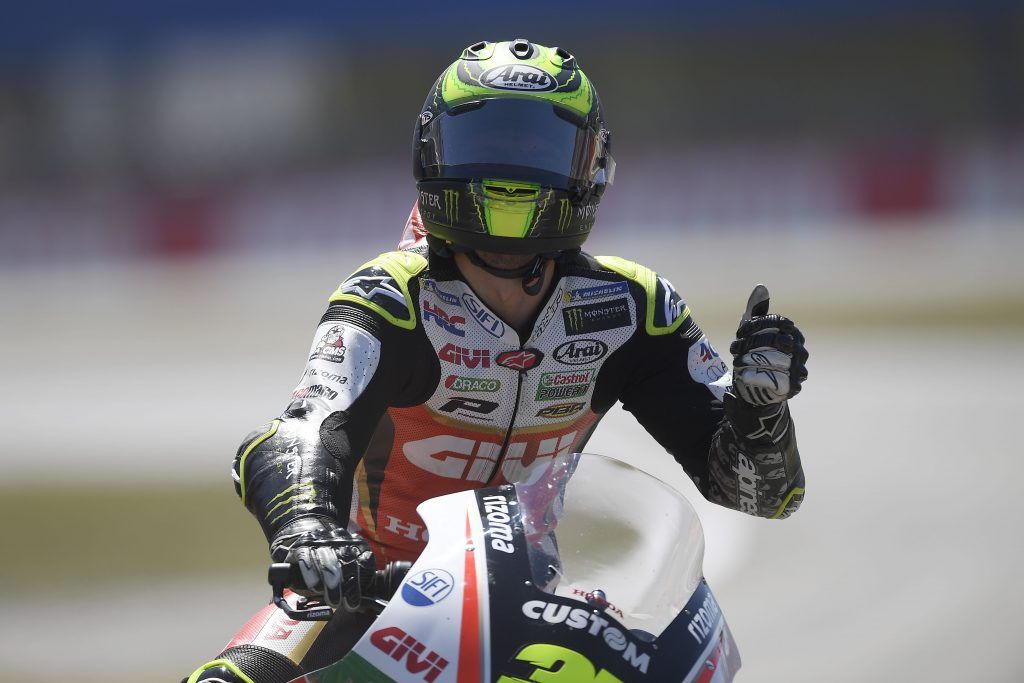 LCR Honda CASTROL rider Cal Crutchlow secured a spot on the front row of the grid for Sunday’s Dutch Grand Prix after a thrilling qualifying session at Assen. The Briton looked to have timed his charge for pole position to perfection, but finished fractionally behind fellow Honda factory rider Marc Marquez and will now start from second spot tomorrow.

In sunny conditions once again, Crutchlow served notice of his pace by going third fastest in the morning’s FP session to move through to Q2. The qualifying session itself proved a real shootout with numerous riders looking for a place on the front row. In the end it was world champion Marquez who prevailed, but Crutchlow is now aiming for a place on Sunday’s podium after his fine performance.

“Yeah, I feel great. The team did a good job, Honda did a good job and I think it was an exciting qualifying session for everybody. We’re pleased with the way the bike is working, although it seems very hard to ride still, it’s shaking a lot and I’m fighting with the bike week in, week out. So it’s no different to any other weekend, but I feel strong here, I feel good and credit to the team to be able to put me on the front row.

“But the problem is that there are ten riders that can do the same pace. I think Marc (Marquez) has a little better pace than everybody, but I don’t know if he’ll be able to be a step ahead tomorrow. In the end, we’re happy with the job we’ve done and hopefully it will be an entertaining race tomorrow and we can be on the podium.”