CRUTCHLOW ON THE PODIUM IN GERMANY

CRUTCHLOW ON THE PODIUM IN GERMANY 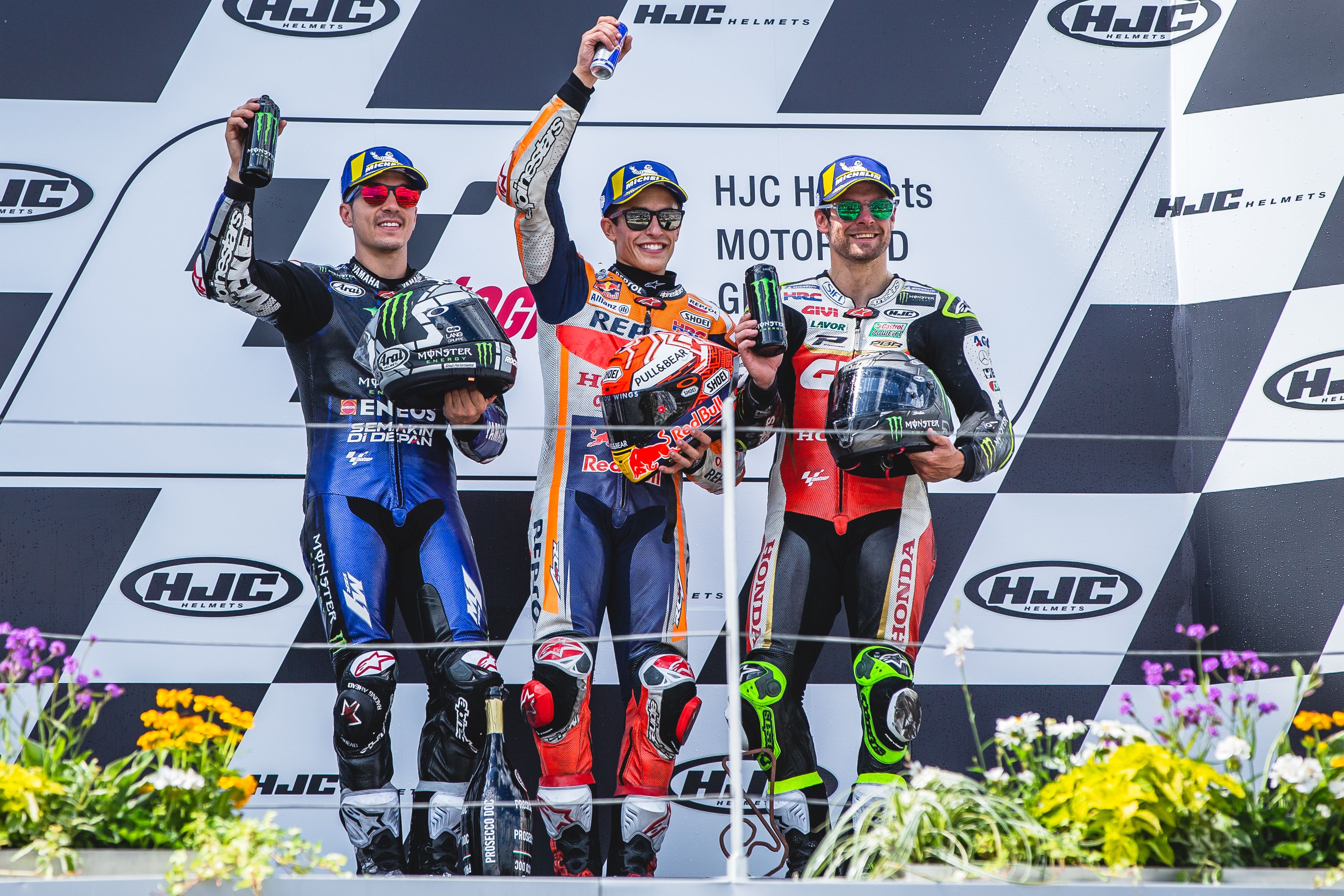 Cal Crutchlow produced a superb ride to finish on the podium at the German Grand Prix. The LCR Honda CASTROL rider was involved in an entertaining battle with Maverick Vinales throughout Sunday’s race at the Sachsenring and, although he was unable to get past the Yamaha man, he still claimed third position to secure his first podium since the opening round of the season in Qatar.

Crutchlow made a good start, climbing a place into fifth and would then benefit from both Fabio Quartararo and Alex Rins crashing out ahead of him. The Briton applied heavy pressure to Vinales as the battle for second spot heated up in the closing stages, but eventually had to settle for third after a mistake on the penultimate lap saw him lose ground on his rival.

“First of all, it’s great to be on the podium at the HJC Grand Prix, the team did a fantastic job. We worked all weekend on what we thought would be a race pace. Yesterday I did around the 28 lap mark a 22.7 and that’s exactly what I did on the 28th lap today. Everybody was shocked when my pace was that, but I thought that would be the pace in the race and it was. The track condition was not great, in the middle of the race I had a bit better pace than Maverick (Vinales), but once (Alex) Rins crashed I thought I’m on the podium anyway and we had nine seconds to the guys behind and the gap was going up every lap. I planned to attack with five laps to go, but the wind was so strong that my eyes were streaming with water, so I tried to blink it out and he (Vinales) got a bit of a gap. I came again, but then with two laps to go I made a big mistake in turn 10 and lost the rear of the bike. So after that I said Maverick could have it, I’m very happy with the podium today, the team and Honda have worked very, very hard and we deserve it.”