CRUTCHLOW ON THE PODIUM IN MISANO

CRUTCHLOW ON THE PODIUM IN MISANO 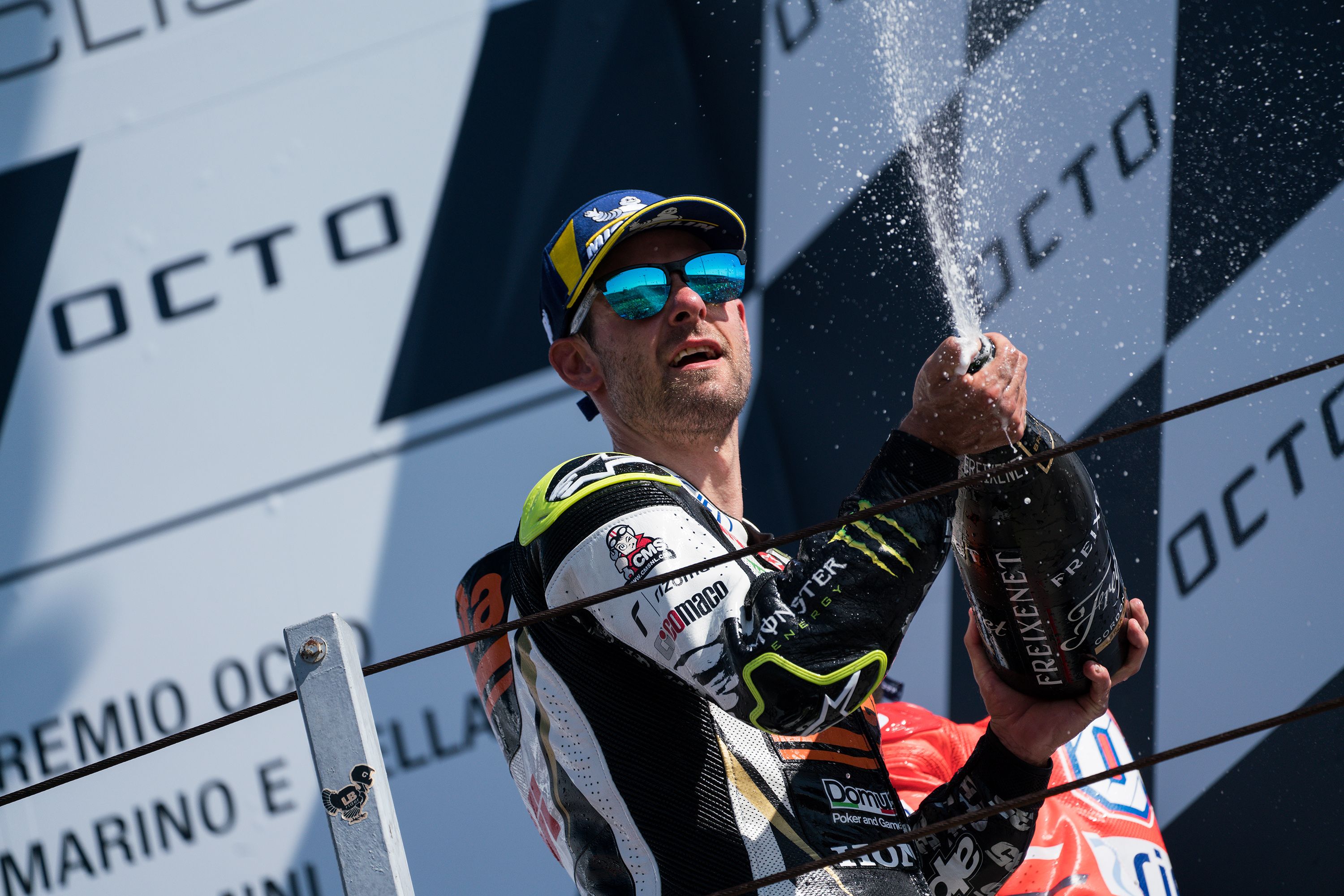 LCR Honda CASTROL rider Cal Crutchlow claimed a first podium since his victory in Argentina as he took third place in Sunday’s San Marino Grand Prix at Misano. The Briton produced a patient ride at Misano and was rewarded at the end as Ducati’s Jorge Lorenzo crashed out on the penultimate lap to allow him into the top three.

Starting from sixth on the grid, Crutchlow chose to bide his time initially, but eventually got past Maverick Vinales and Alex Rins to lap in solo fourth for the latter part of the race. Lorenzo’s unfortunate finish then gave the 32-year-old a welcome boost and the result sees Crutchlow move into sixth place in the championship standings – just 11 points off Lorenzo in fourth.

“The Team did a fantastic job this weekend, this is a very important round for them, I was disappointed not to race at mine two weeks ago, so we put everything into this one. We tried our best, sure we got lucky with the crash of Lorenzo at the end, but as I said, I don’t really care because we did a good job. I’m proud of my Team and we now go to Aragon in good shape”.

“I lost one second (behind Maverick Vinales and Alex Rins) and that just stopped me being there with Marc (Marquez) and Jorge (Lorenzo), but that’s the way it goes. I wasn’t willing to push at the start of the race as much as I could and I got passed by Rins. But overall we have to be very pleased for the team and we head into the rest of the year in good shape.”