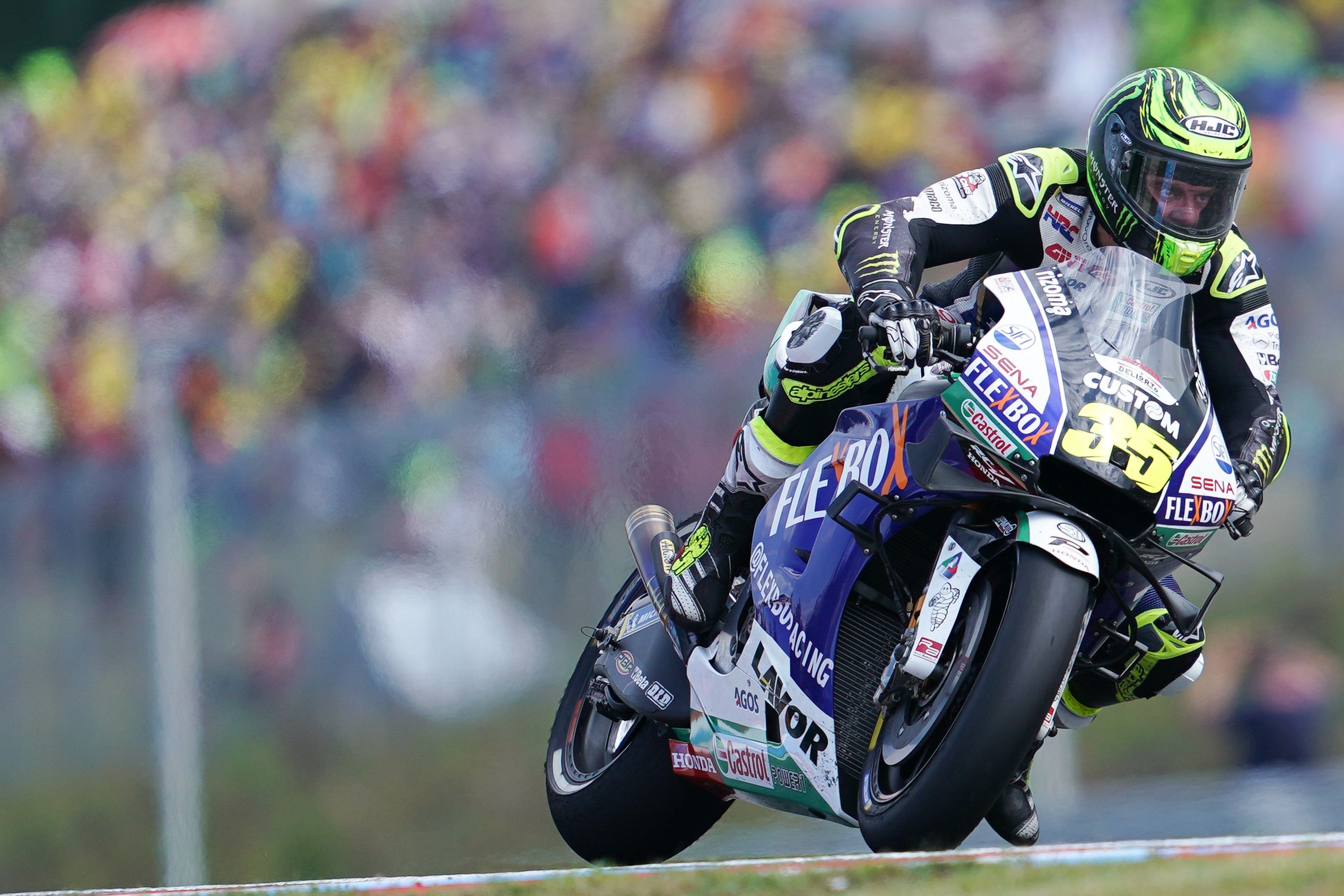 Cal Crutchlow produced a fine ride to claim fifth position in the Czech Republic Grand Prix on Sunday. The LCR Honda CASTROL rider ended the race just a couple of seconds off the podium places, but was satisfied with his efforts after rain saw the start of the race delayed for 45 minutes in Brno.

The Briton served notice of his pace as he was fourth fastest in the warm-up, but then had to show patience as officials pushed back the start after storms threatened the circuit. Once the lights did finally go out, Crutchlow showed his pace as he moved through the field from ninth on the grid, passing Valentino Rossi to move into fifth place on lap eight. Despite his best efforts, he was unable to haul in the front four and had to settle for a creditable fifth placed finish.

“At the end of the first lap, or the first two or three anyway, I was already 3.8 seconds down or something like that, so I lost a lot of time in the first few laps as I was not able to get through. Maybe I wasted one lap too many behind (Danilo) Petrucci and Valentino (Rossi), but I tried my best, had a good pace and we’re happy with the result considering where we came from on the grid. I made a good start and had a good race, but I just wore that rear tyre out coming across the gap to the front guys. I was four seconds down and got it back to two at one point, but that put a lot of stress on the rear tyre on a day when the track condition was really, really bad. Overall we’re happy, the team did a good job, Honda did a good job and we should be pleased to come away with a top five result after not a good qualifying and not having a great feeling with the bike this weekend.”