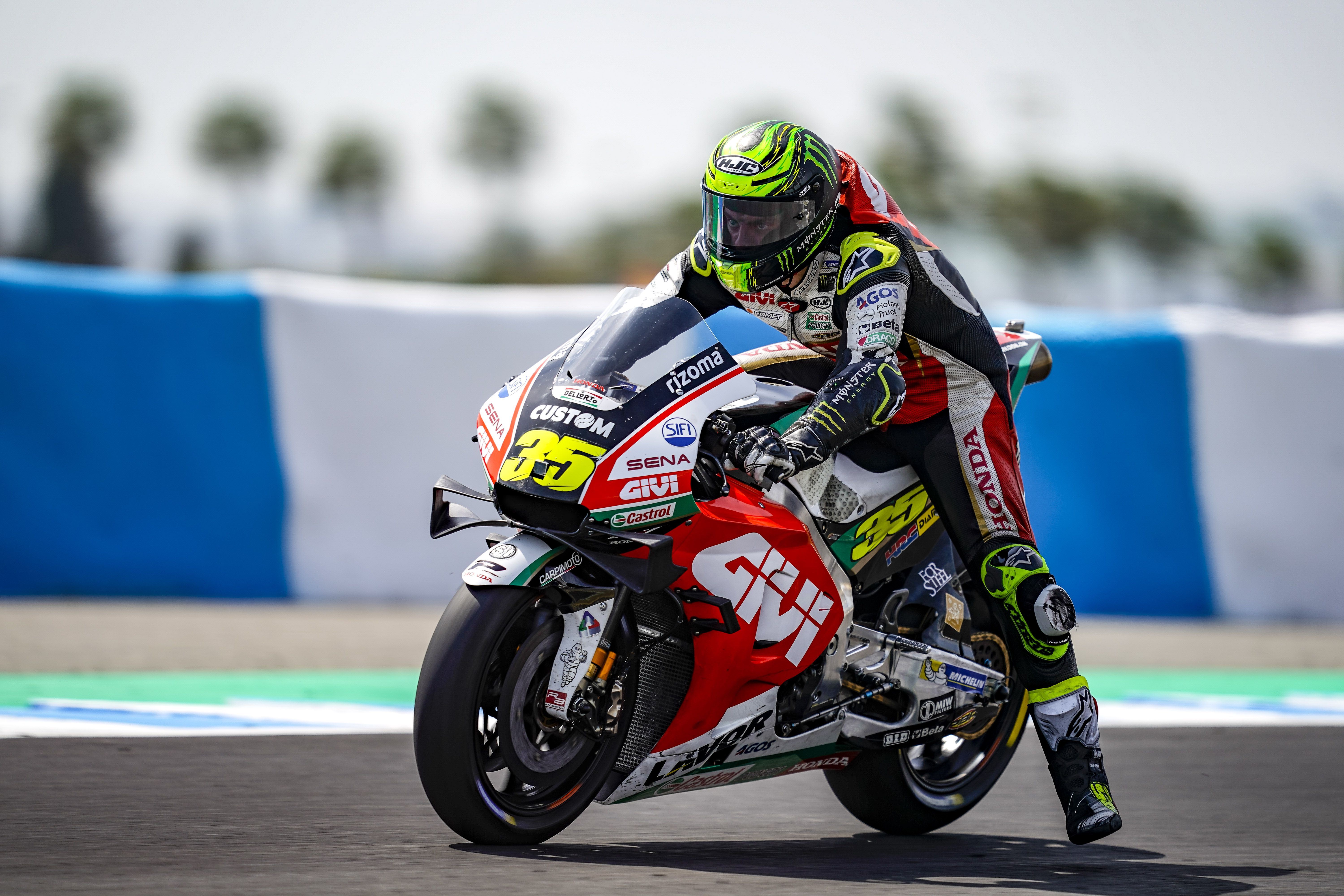 Cal Crutchlow was second fastest at the first official in-season test as the MotoGP class returned to the Circuito de Jerez Angel Nieto on Monday. The LCR Honda CASTROL rider had to settle for a disappointing eighth placed finish in Sunday’s race, but today he demonstrated his undoubted pace during a gruelling session at the southern Spanish venue.

Crutchlow completed a total of 78 laps as he worked hard to improve the set-up of his bike, which proved problematic during the race weekend. The Briton was also able to put in some long runs on the hard rear tyre that he opted against using in yesterday’s race. He finished the day in second position on the timesheets – behind only Yamaha’s Fabio Quartararo – but conceded he was frustrated to have produced his best form a day late.

“It was a good day. I had no real complaints throughout the day, we just tried the setting of the bike, we didn’t try anything new. Our programme wasn’t to try anything new, we needed to concentrate on set-up. I went to a more drastic setting than I did over the race weekend and I felt maybe a bit more comfortable. I was definitely a lot faster than yesterday, consistently, and we put that down to also using the hard rear tyre and not being able to in the race. I spent a lot of time evaluating that hard rear tyre and I felt good with it. The team is pleased and I’m pleased with how the day went, but as I said yesterday I can’t be pleased with how the race panned out. I finished eighth and there’s no reward for going fast on a Monday in Jerez, but I felt good and it shows that yesterday I should have been faster and should have chosen the hard rear tyre.”