CRUTCHLOW SETTLES FOR SEVENTH IN THAILAND

CRUTCHLOW SETTLES FOR SEVENTH IN THAILAND 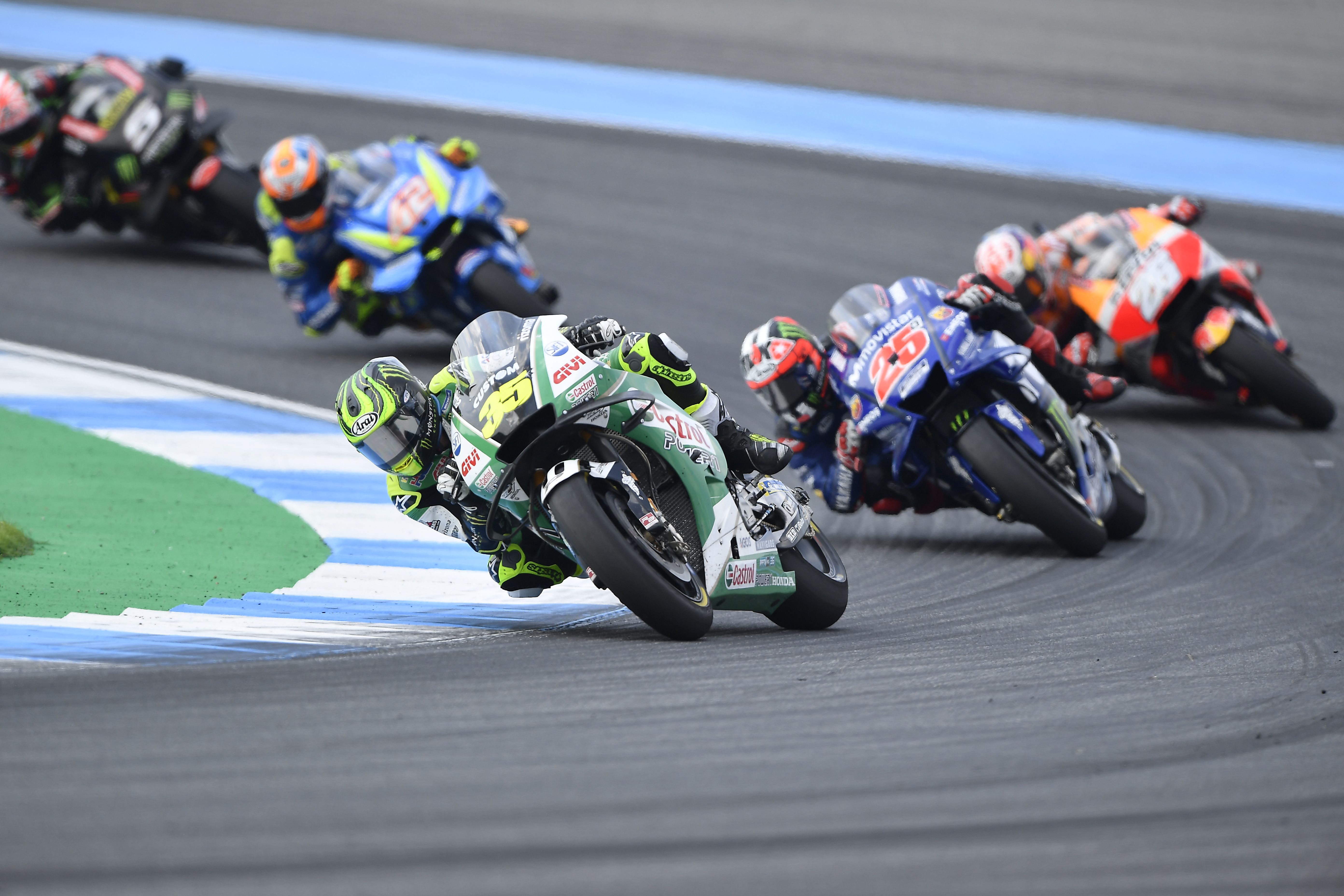 LCR Honda CASTROL rider Cal Crutchlow claimed seventh place in the first-ever Thailand Grand Prix at the Buriram International Circuit. The Briton looked well placed to challenge for the podium in the first half of the race, but the drop of the tyre grip undermined his push in the latter stages and he settled for securing valuable championship points.

Crutchlow – whose RC213V carried the famous Castrol green and red livery in Sunday’s race – made a good start and battled with Marc Marquez, Valentino Rossi and Andrea Dovizioso at the front of the field early on. However, in the second part of the race, his rear tyre quickly lost condition and left the LCR rider unable to stay with the leading group. Despite the final result, the 32-year-old remains upbeat about the team’s chances in the forthcoming flyaway races and he is still leading the Independent Team Rider classification with 128 points.

“Today was a great spectacle and a good show again to be fighting at the front for some laps of the Grand Prix race. Unfortunately, I couldn’t keep the pace of the front guys, I did my best, but after 15 laps I felt a big drop in the rear tyre which meant I was pushing the front tyre and the pressure went very high in the front of our bike. And I wasn’t able to manage the grip very well”.

“Our team did a good job to give me a bike to be competitive this weekend, it was important for the championship points to finish the race and be there. It’s one of my worst finishes of the season – to be six seconds off the win and in seventh place is disappointing because I’ve been six seconds off and finished on the podium before in MotoGP. But now we look forward to the next three fly-aways, Honda’s home race in Japan, and we’ll try our best in them and I think the tracks will suit me better.”