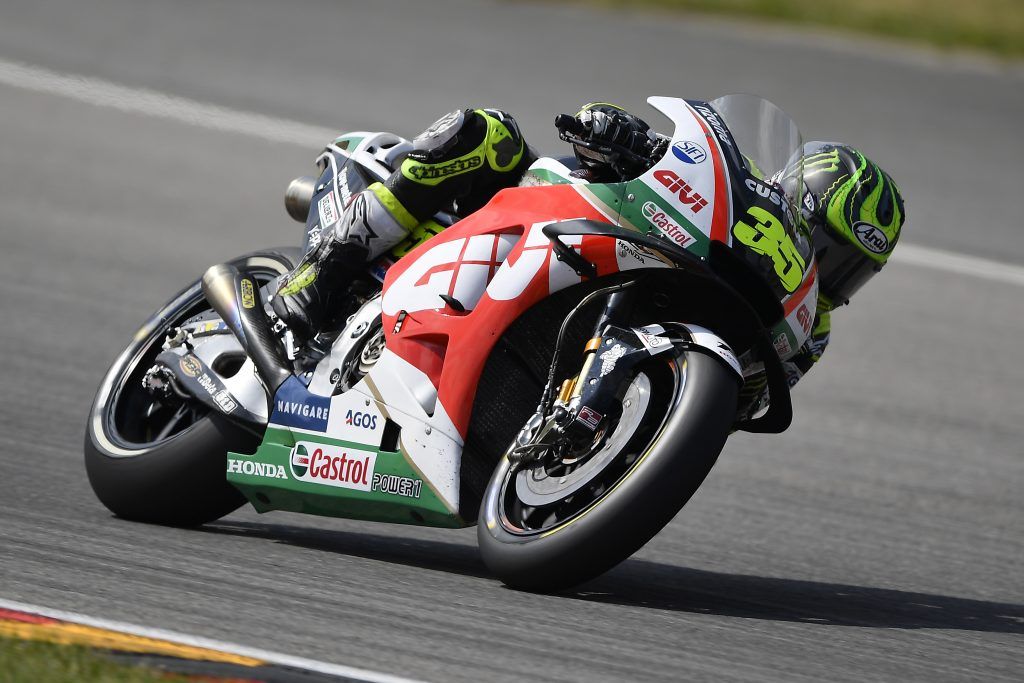 LCR Honda CASTROL rider Cal Crutchlow secured seventh position on the grid for the German Grand Prix after a predictably tight day of qualifying at the Sachsenring on Saturday. The Briton made solid progress after a difficult opening day of free practice yesterday and was up alongside the leading riders in terms of race pace throughout.

Crutchlow demonstrated his overnight improvement in FP3 as he produced the third fastest time of the morning session. However, a couple of costly errors undermined his push for a front row spot in Q2 and he eventually had to settle for seventh and a place at the start of the third row. The Briton subsequently emphasised the importance of a fast start on Sunday as he bids to stay with the leading group and fight for a podium spot.

“The team did a good job, I feel better with the bike than I did yesterday. Starting on the third row at the Sachsenring is never good, but I made a couple of mistakes which affected my performance. I’m a little disappointed because things are so close, Marc did an incredible lap but was only fourth tenths ahead, which is only one tenth per sector, and I lost two in one”.

“But we have to take the positives, we’ve made progress today and I think we can battle tomorrow. The problem is we need to get up to the lead group straightaway because if something happens or breaks up it’s so difficult to come across here. But I look forward to trying to do a good job tomorrow.”