CRUTCHLOW SIGNS OFF WITH POINTS FINISH IN PORTIMAO

CRUTCHLOW SIGNS OFF WITH POINTS FINISH IN PORTIMAO 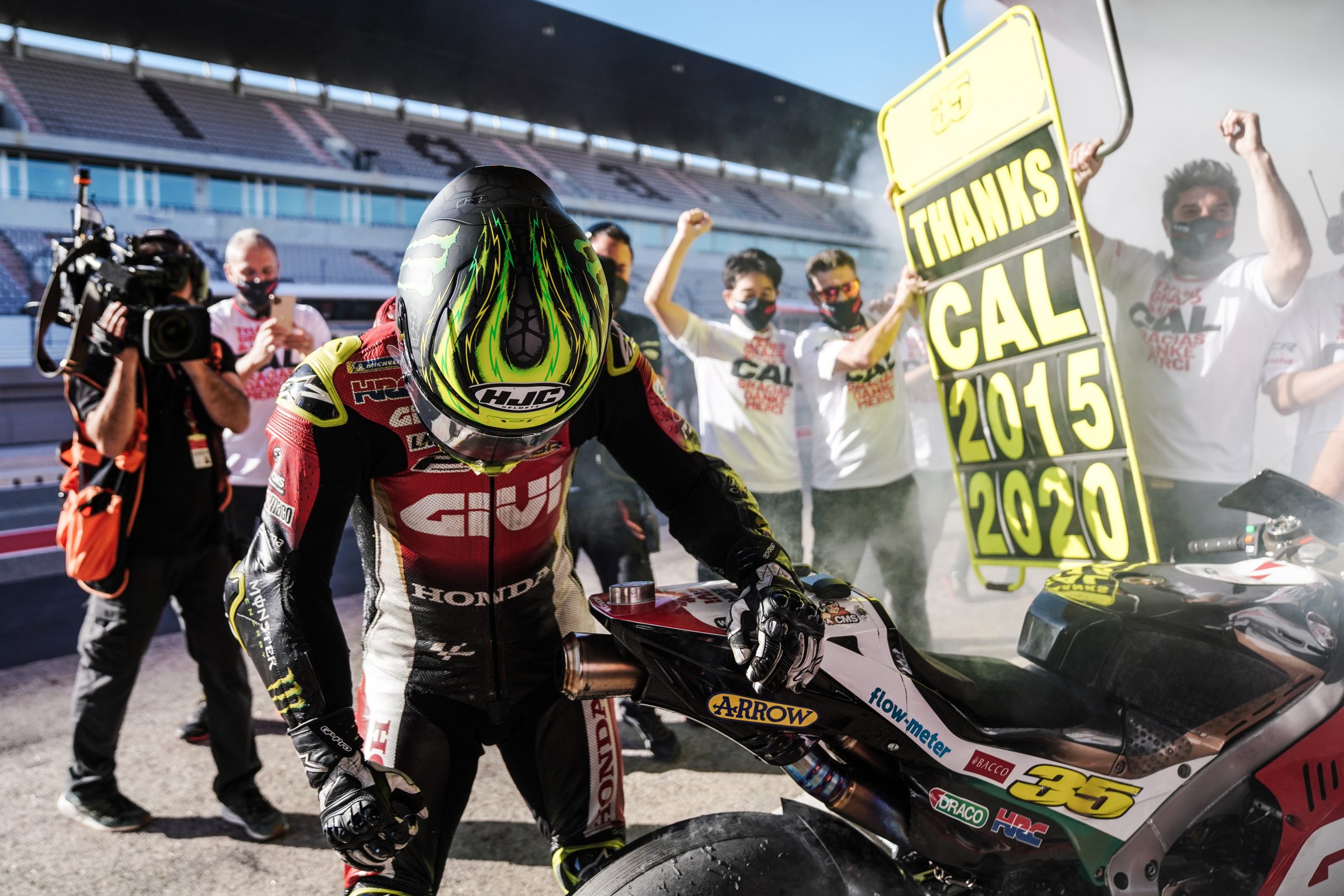 Cal Crutchlow brought the curtain down on his LCR Honda career with a points finish in the season-ending Portuguese Grand Prix on Sunday. The LCR Honda CASTROL rider came home in 13th position and, although it was not the result he was hoping for, he fought to the end in typical fashion as he bid farewell to the MotoGP class.

Having qualified in fourth spot, Crutchlow underlined his excellent pace round the Portimao circuit by going fastest in the morning warm-up session. Hopes for a big result were boosted by a solid start and at one point the Briton passed Pol Espargaro to move into fourth spot. But in a hectic end to the race, Cal lost positions as he pushed his hardest to stay in touch and eventually had to settle for 13th.