CRUTCHLOW SLIDES OUT OF CONTENTION IN SPAIN

CRUTCHLOW SLIDES OUT OF CONTENTION IN SPAIN 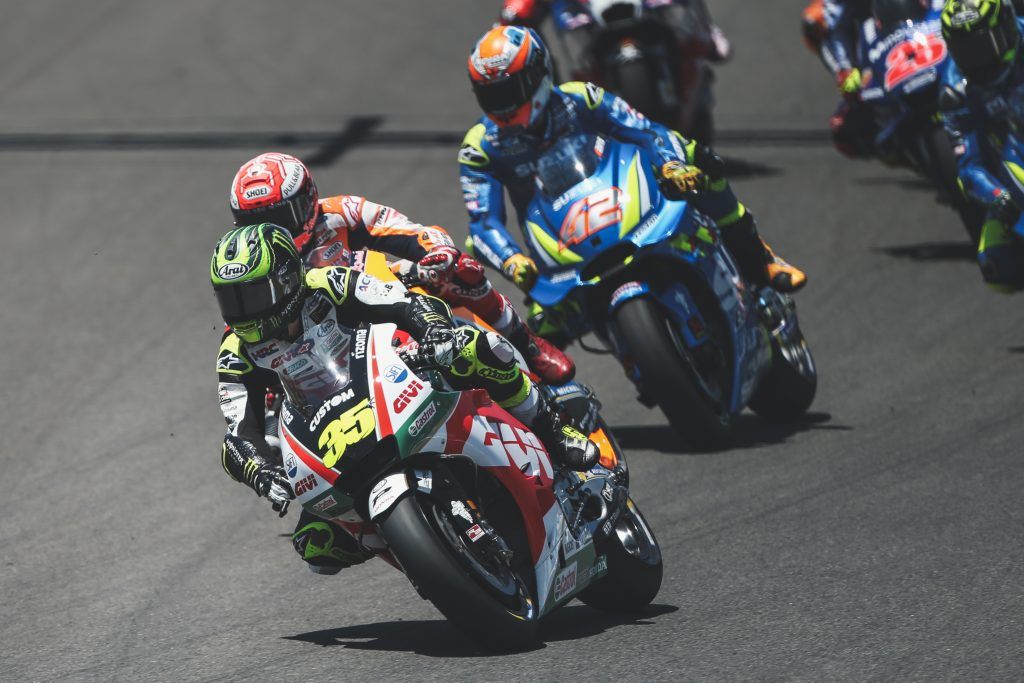 Cal Crutchlow started the Spanish Grand Prix at the Angel Nieto-Jerez Circuit from pole position, however there was to be no fairy-tale ending for the LCR Honda CASTROL man. He was overtaken on the run up to the first corner but grittily stuck in with the race leaders for the early laps of the race, passing Zarco for fourth and then making progress on the front three.

It was an unfortunate early end to Crutchlow’s race however, on lap eight through turn one he applied the throttle and the front of his factory Honda sadly washed away from him. He remounted, but the damage to his bike was too much and having bravely battled on for several more laps, he was forced to retire from the race.

Crutchlow and the LCR Honda CASTROL Team will hope for better luck at the French Grand Prix at Le Mans in two weeks’ time.

“It was frustrating today because we’ve had another good weekend in terms of our pace, but unfortunately our set-up for the race was just not good enough. The front tyre was overheating and I was struggling for more rear grip compare to the others. The pace was yo-yoing a lot and I had to make it all up under braking and that meant the front tyre was getting hot. I had to try and stay out of the slipstream a lot.”

It seems I leant the bike a little too much in turn one, and we think I might have touched the white line but we haven’t had chance to analyse it just yet. It was exactly the same situation as in Texas. It was when I was on the throttle, and if you do that on the white line on full lean…”

“Obviously I’m disappointed, I feel it’s an easy podium let go. Maybe the race win would have been more difficult, but we have to take the positives from the weekend and go to Le Mans knowing we have the speed to be up there again. Today just wasn’t our day.”