CRUTCHLOW THE FASTEST HONDA IN THAILAND

CRUTCHLOW THE FASTEST HONDA IN THAILAND 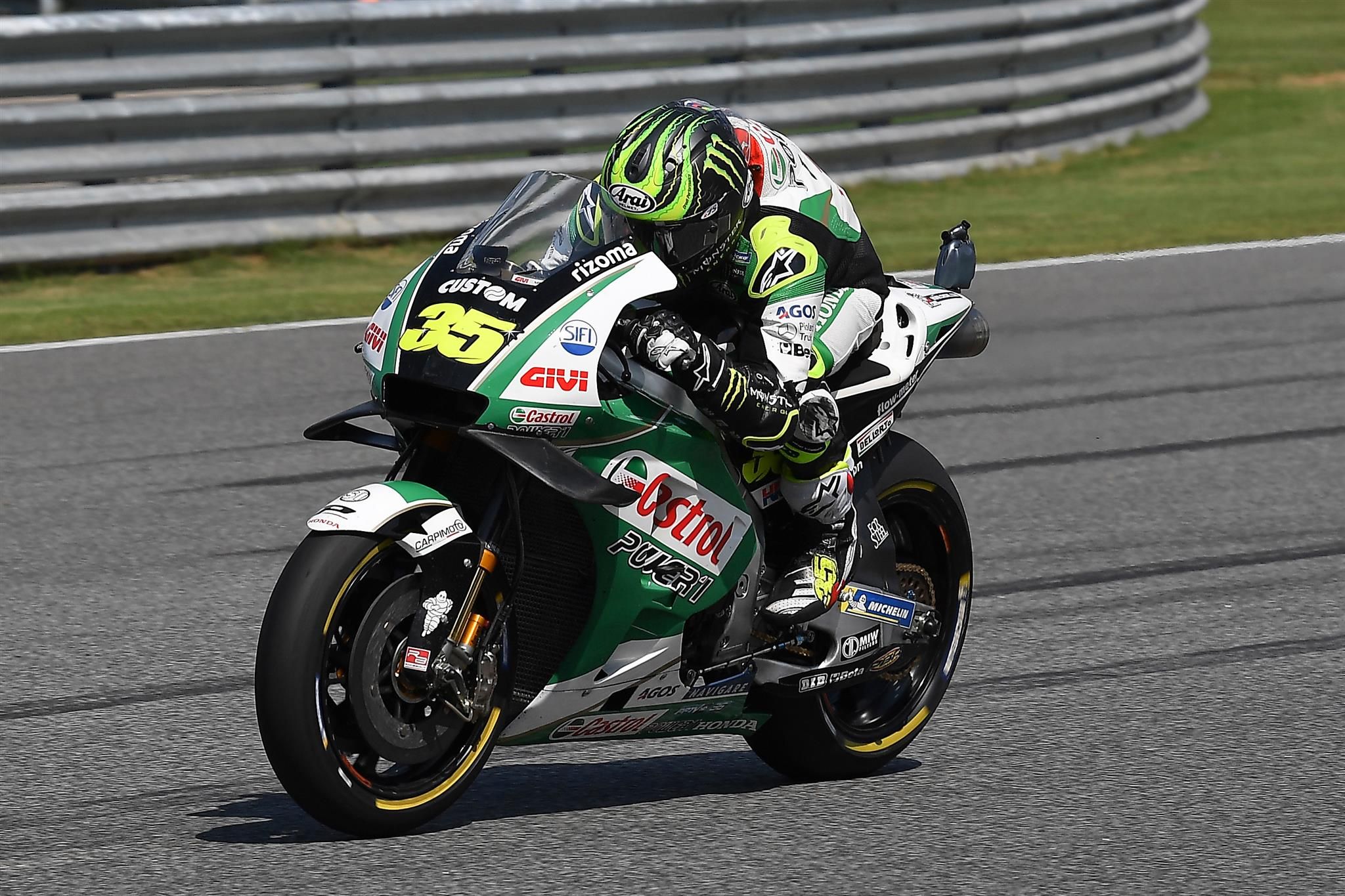 LCR Honda CASTROL rider Cal Crutchlow made a positive start as free practice got underway at the inaugural Thailand Grand Prix at the Buriram International Circuit. The Briton – whose RC213V will proudly carry the famous Castrol green and red livery throughout the weekend – ended the day as the fastest Honda rider, claiming third place by the time Friday’s action came to a close.

Crutchlow built on his positive pre-season test at the venue – when he was fourth fastest overall – as he came back strongly in the afternoon FP2 session to finish narrowly behind Andrea Dovizioso and Maverick Vinales. Having posted the 11th quickest time in FP1, Cal admitted afterwards that the condition of the track had not helped the riders.

“The track seems in bad condition compared to when we tested here, it’s probably because there’s not been much happening here for a while. Otherwise I feel good and the bike is looking well. We tried two different settings today, one was our usual bike and one was the bike we used in the test here, and it seems my feeling with the usual bike is better.

“We have to continue to work hard tomorrow, unfortunately our time is probably not fast enough to keep us in the top ten so we’ll have to do the shoot out again in the morning. But I feel good, the team worked well, hopefully Jorge (Lorenzo) is ok after his accident because it was a big crash and you never like to see that. But we have to concentrate on our job this weekend which is to do the best job we can and try to finish in the top five.”