CRUTCHLOW THE LEADING HONDA AT MOTEGI

CRUTCHLOW THE LEADING HONDA AT MOTEGI 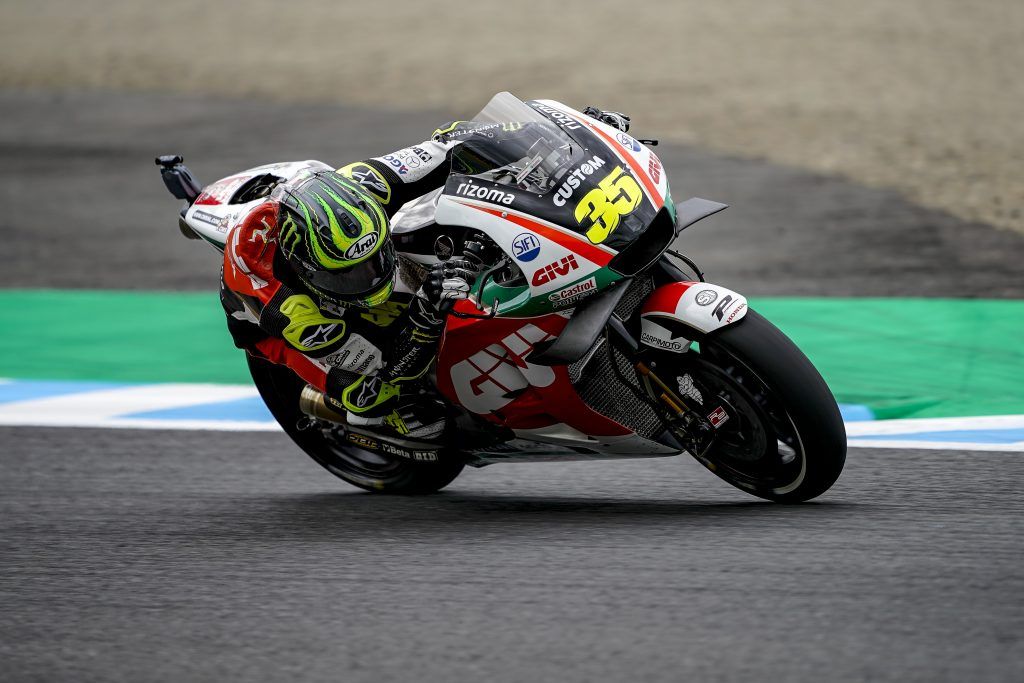 LCR Honda CASTROL rider Cal Crutchlow made an encouraging start to the Japanese Grand Prix as he posted the second fastest time on Friday. The 16th round of this year’s MotoGP World Championship got underway in dry conditions at the Twin Ring in Motegi and Crutchlow was once again on the pace as he emerged as the leading Honda rider on the opening day of HRC’s home race.

The Briton came on strong in the closing stages of a dry FP1 session in the morning to finish just a tenth behind early pacesetter, Ducati’s Andrea Dovizioso. As rain fell in the afternoon, a satisfied Crutchlow opted to keep his powder dry and sit out FP2 – which took place on a damp track – preferring to preserve his energy for Saturday’s qualifying instead.

“Today was a good day, we felt quite comfortable in FP1. We had to assess the situation and the track condition was not too bad and our times were competitive. We still need to find a little bit in one of the sectors, but overall we are happy”.

“This afternoon we thought the risk outweighed the reward and we didn’t enter the circuit for FP2 because we think the forecast for the rest of the weekend looks dry. We’ll continue to work over the night with the team, and with HRC, and we look forward to seeing what we can do tomorrow in qualifying.”