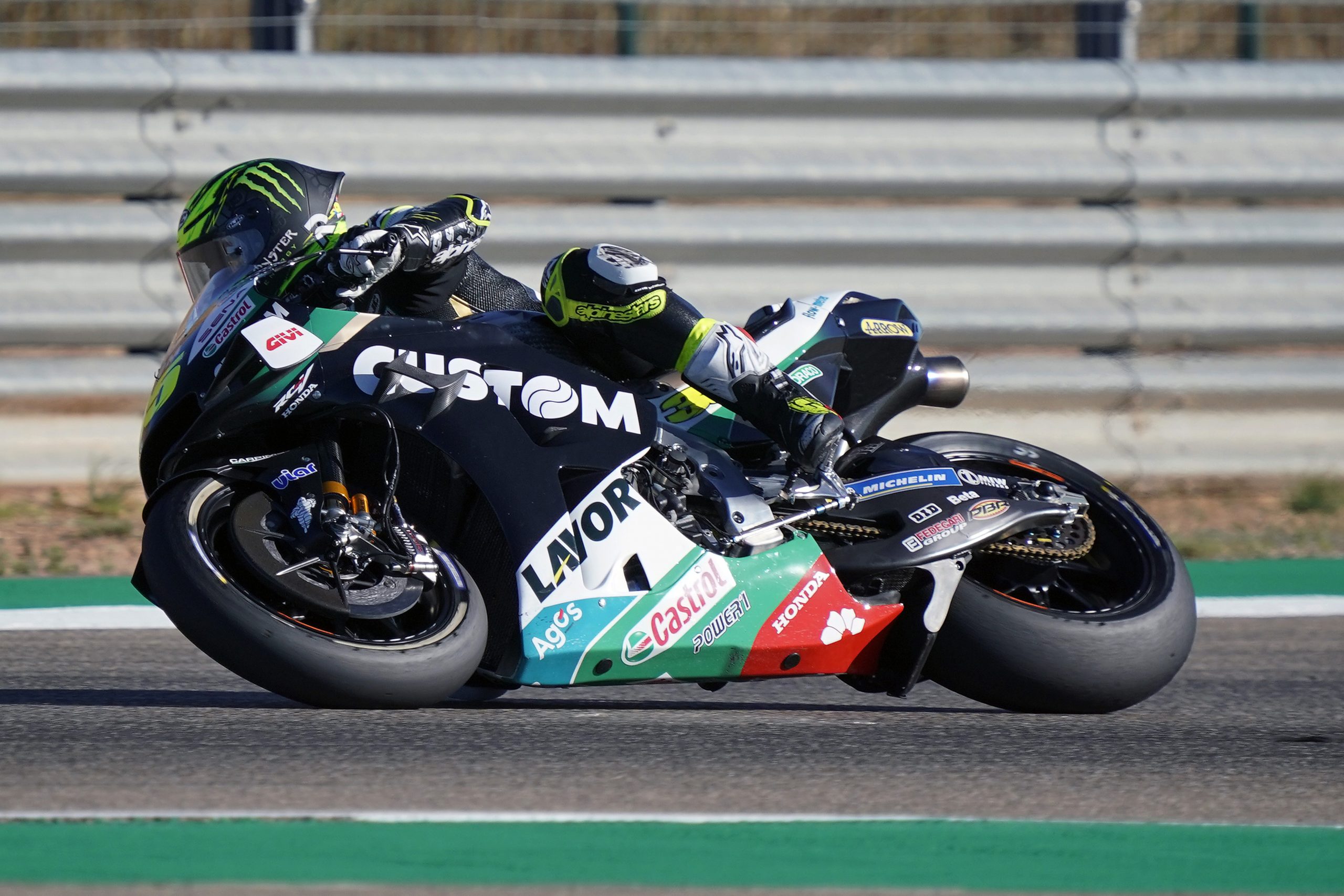 Back at the MotorLand Aragon circuit for the second week running, Cal Crutchlow was again amongst the pacesetters as free practice for the Teruel Grand Prix got underway on Friday. The LCR Honda CASTROL rider demonstrated the pace that saw him qualify on the front row last weekend as he ended the day in third position.

In windy, cool conditions in the morning’s FP1 session, the Briton struggled to find his best form and finished in tenth spot. But things started to fall into place towards the end of FP2 and – with team-mate Takaaki Nakagami going fastest overall – Crutchlow ensured there were two LCR bikes in the top three places.