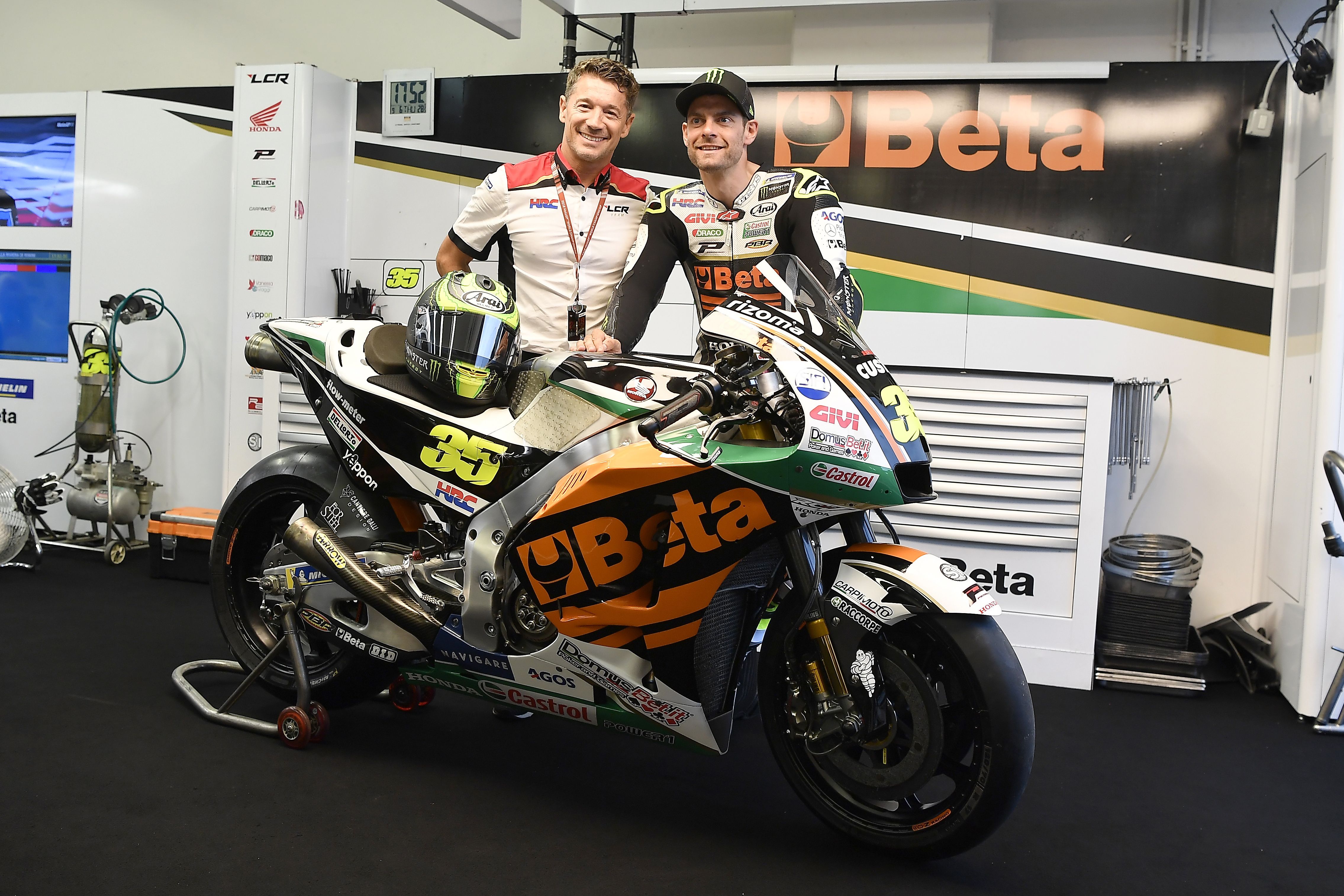 LCR Honda CASTROL rider Cal Crutchlow is looking forward to getting back out on the track and competing once again this weekend after the disappointment of seeing his home Grand Prix at Silverstone cancelled last time out. This week’s race in Misano will be the first of two in which the Briton is sponsored by Beta Tools – the Italian leader in the design and production of professional working tools and instruments. Beta Tools have been involved in motor racing for many years and have forged technical partnerships with numerous highly-prestigious teams, including Ferrari, Jordan, McLaren and Minardi in Formula 1 and Honda, Yamaha, Suzuki and Kawasaki in MotoGP (https://www.beta-tools.com/it/).

Crutchlow admits that the failure to race in England two weeks ago left him hugely frustrated, but he is now determined to move on and put in a strong performance at the Marco Simoncelli Circuit. Although not traditionally one of Honda’s strongest venues, the 32-year-old feels he is in good enough form to challenge at the front again this weekend.

Roberto Ciceri (Beta Tools CEO): “Beta have been in partnership with LCR Honda Team for more than 20 years and at the upcoming Misano and Aragon GP’s we are very proud to be the “Title Sponsor” for Lucio’s Team. Together we have written a beautiful story full of passion and vigor in the motorsport world and we look forward to the next chapter”.

Lucio Cecchinello (LCR Honda Team Principal): “I am very proud of our collaboration which started in 1998 and I wish for LCR and Beta to continue for another 20 years. Our two companies share the same values and principals and most of all the passion for our motorsport”.

“Talking about Silverstone… It was a strange feeling to have a race weekend where you don’t race, but that’s the way it is and now we’re in Misano and we have to concentrate on our job here. This has not been a fantastic track for Honda over the years, the shortness and tightness of the track makes the bike shake quite a lot but Dani (Pedrosa) won here two years ago, Marc (Marquez) won here last year, so maybe we can make it another Honda rider this weekend. I feel good with the bike at the moment and the team and Honda are working very well. A special thanks to Beta for supporting me and the Team here in Misano and Aragon”.