CRUTCHLOW TO START FROM THE SECOND ROW IN SPAIN

CRUTCHLOW TO START FROM THE SECOND ROW IN SPAIN 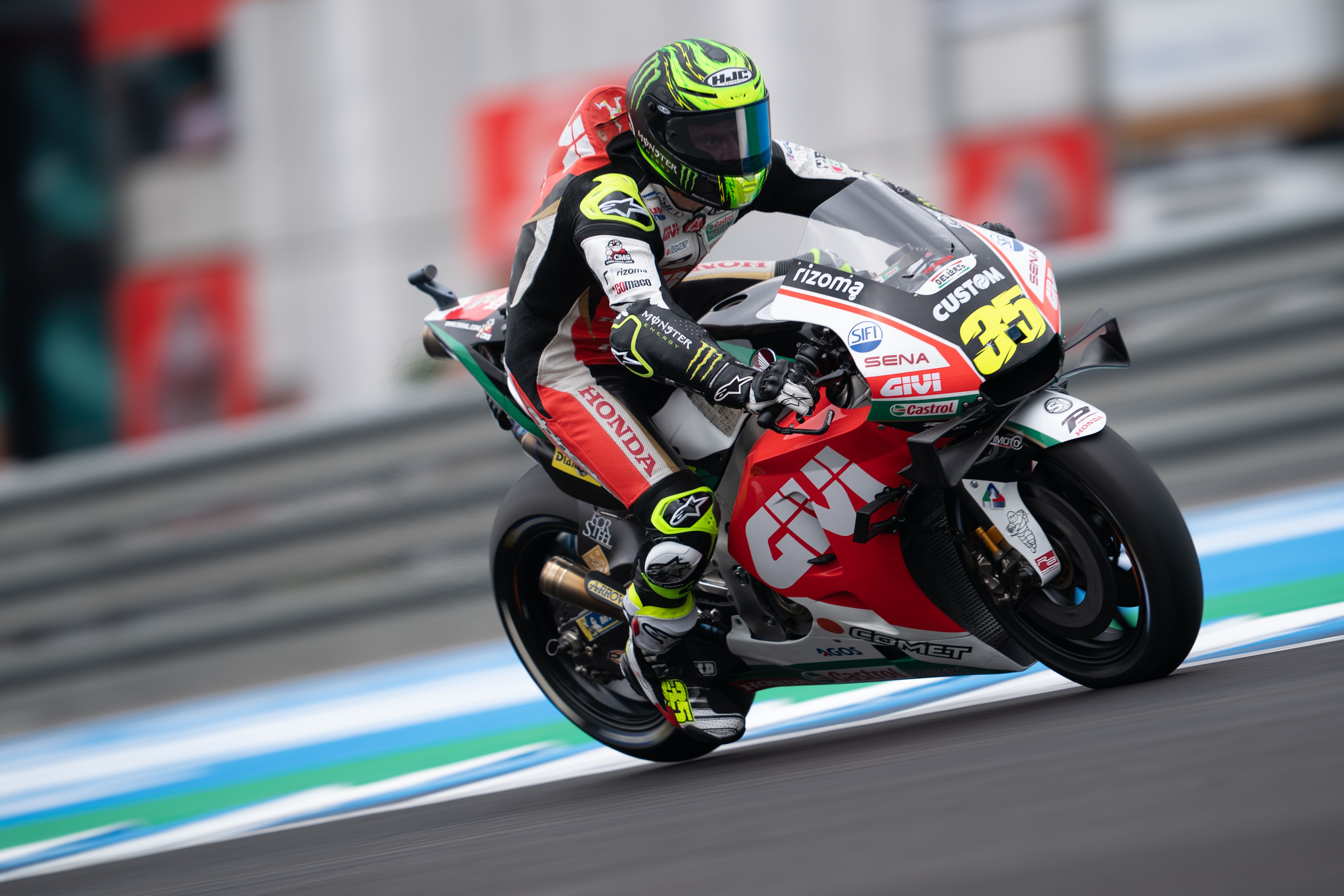 LCR Honda CASTROL rider Cal Crutchlow produced a battling display in qualifying to secure a place on the second row of the grid for the Spanish Grand Prix. Despite a high speed crash in FP3, the Briton was always amongst the pacesetters once again as he ultimately took sixth position in Saturday’s Q2 qualifying.

Crutchlow had looked poised to post the quickest time in FP3 before a heavy fall which saw the red flags come out. But he had already done enough to guarantee progress to Q2 as he finished the session in eighth spot. He responded superbly in FP4 to post the third fastest time and then fought hard in qualifying to give himself a good chance of challenging at the front in Sunday’s race.

“We ran out of time this morning and we’ve not improved the settings of the bike as much as we would have liked since yesterday, so hopefully we can tomorrow. Overall today went not too bad, although obviously we’re disappointed with the crash in FP3. But we took some positives in FP4 and we were able to make the second row of the grid. We would have preferred to be a bit further forward, but I did my best today and we’ll have to look at the settings of the bike tonight and work as hard as possible to get it right for the race. The team and Honda have done a fantastic job this weekend and now we look forward to good Sunday in front of a good crowd here in Jerez.”