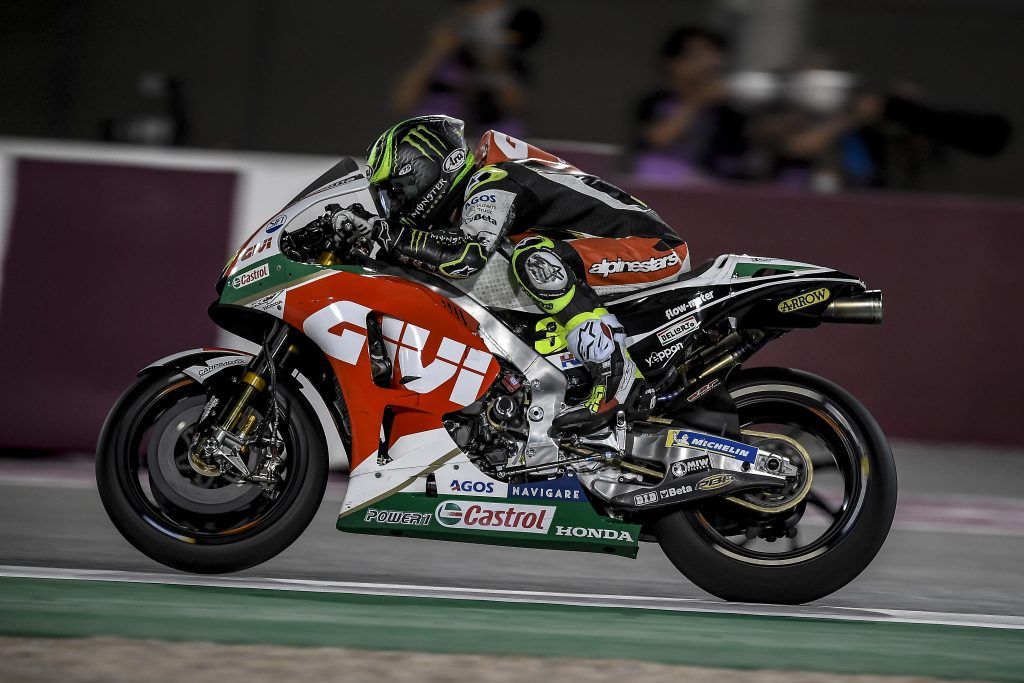 The first qualifying session of the 2018 MotoGP World Championship saw LCR Honda CASTROL rider Cal Crutchlow seal a spot on the second row of the grid for Sunday’s Grand Prix of Qatar.

The Brit has been in sparkling form all weekend at the desert venue, and under the floodlights was looking on course for a front row start. However, with a lot of traffic out on a dusty track in the qualifying shootout, he just missed out on the top three positions. Nonetheless he but lines up for the opening showdown of the season in a promising fourth place, and looks likely to make an assault on the podium positions in the 22-lap race.

“We were happy enough with fourth, although I was a little disappointed not to break the 1’54 bracket. On a positive note, I felt really good on the bike, but there were a couple of very small mistakes that meant I just lost a couple of tenths. Congratulations to the front three though, because they rode so well to be at that pace in those conditions.”

“It was a busy and hectic session, but now we have to concentrate on the race which is the most important part of the weekend. I feel I have great pace, I feel very comfortable and very confident ahead of tomorrow, but I’m also aware it’s a long season of 19 grands prix and to start it off in a good way would be fantastic. We’ll aim for the podium of course, but if that doesn’t happen then I’ll have to think about the championship.”