CRUTCHLOW WITH WORK TO DO AT MOTEGI

CRUTCHLOW WITH WORK TO DO AT MOTEGI 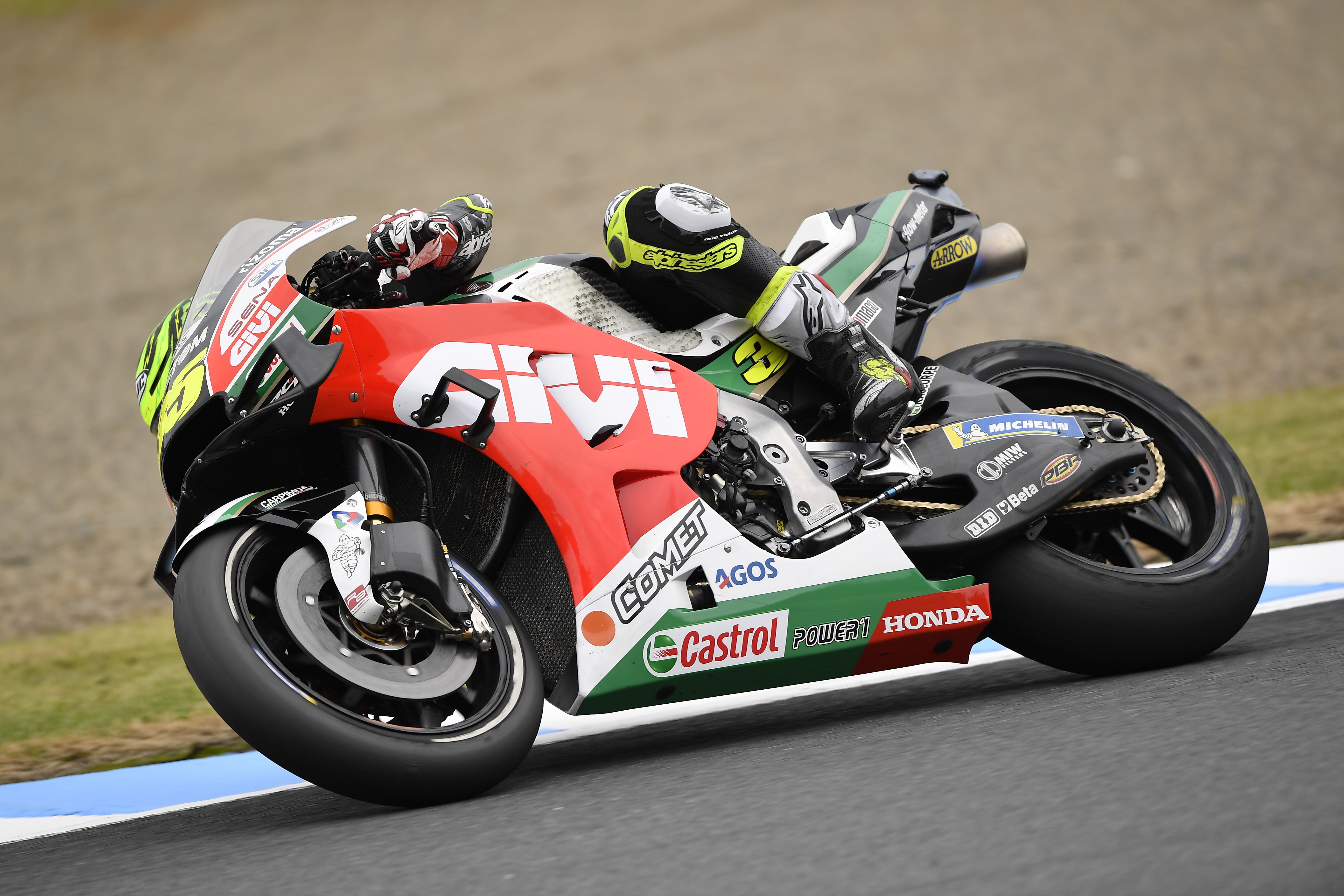 LCR Honda CASTROL rider Cal Crutchlow had to settle for 12th position after the opening day of free practice for the Japanese Grand Prix. In what is the home race of HRC, the Briton narrowly missed out on a top 10 spot at the Twin Ring Motegi and now has work to do ahead of qualifying.

With heavy rain forecast for Saturday, the chance to secure automatic entry into Q2 looks to have escaped Crutchlow. He claimed tenth spot in FP1 but, despite improving by nearly half a second in FP2, was pushed down into 12th position as he missed out by less than a tenth. Despite that setback, he remains hopeful of a good result at a venue where he finished second last year.

“It was a disappointing day here in Motegi. I missed out on the top 10 which is obviously disappointing not to go through to Q2 directly. We know that there is heavy rain forecast for tomorrow so this makes the situation and day very difficult. But I don’t have a great feeling with the bike, we are struggling to decelerate it and we have difficulties in turning the bike and turning the corner so it makes for a difficult lap around the Motegi circuit. As, I’ll endeavour to improve with my team and improve the feeling, but that can’t be done tomorrow with the weather that is due.”