DISAPPOINTMENT FOR CRUTCHLOW IN GERMANY

DISAPPOINTMENT FOR CRUTCHLOW IN GERMANY 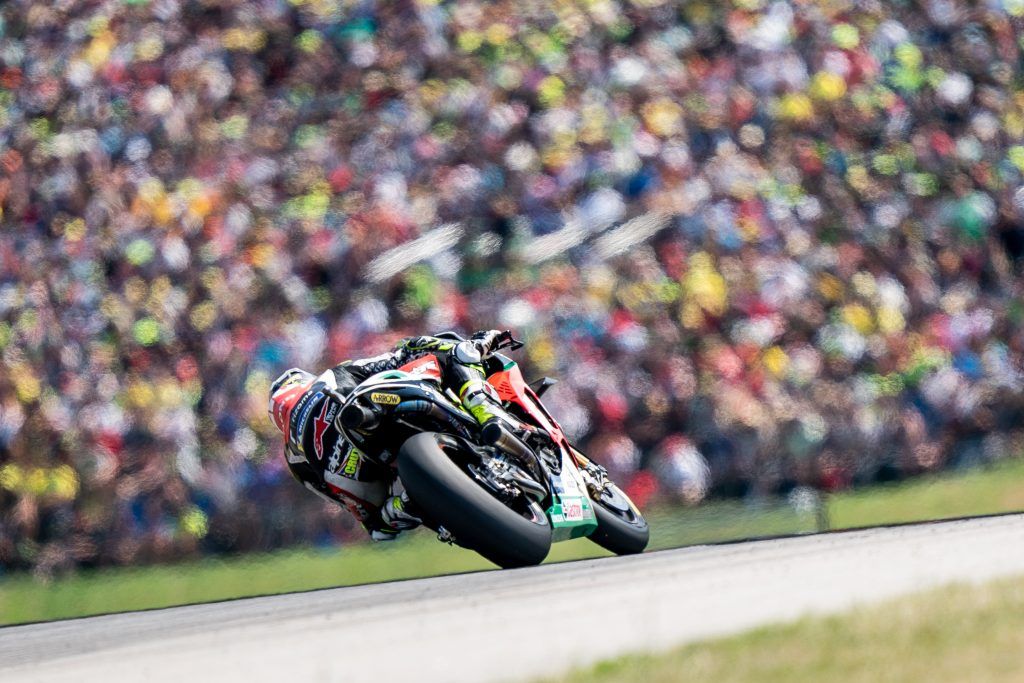 LCR Honda CASTROL rider Cal Crutchlow endured late frustration at the German Grand Prix as he crashed out when battling for the podium places. Starting from seventh spot on the grid at the Sachsenring, the Briton made a fine start and ensured he was part of the lead group who pulled away after a couple of impressive early passes.

But, having looked well placed to make a push for the top three spots, Crutchlow saw his chances evaporate nine laps from the finish as he lost the front end when lapping in fifth. It was a huge blow for the 32-year-old who had looked good throughout and he was left to rue an opportunity missed when reflecting on the race afterwards.

“When we crash with the front of the Honda we don’t seem to understand why, because three laps before I went in deeper than that and faster than that and had no problem. I felt good, I felt nice in that group and had made the split that had gone. It’s easy to say that I should have managed the situation better, I felt I was managing that well there, but in the end I lost the front at turn 12 and that’s always a risk when you’re sitting in a group like that. Our team and our bike are working very well, obviously I’m disappointed to crash before the summer break but we’ll have to try again in Brno and see if we can improve there”.

“Again, it’s good to be up there and competitive, but also disappointing because I was ahead of (Maverick) Vinales, who finished on the podium, at that time and who had the soft rear tyre. But that’s the way it goes, sometimes you have good races and sometimes you have bad ones.”