EARLY FINISH FOR CRUTCHLOW IN ARAGON

EARLY FINISH FOR CRUTCHLOW IN ARAGON 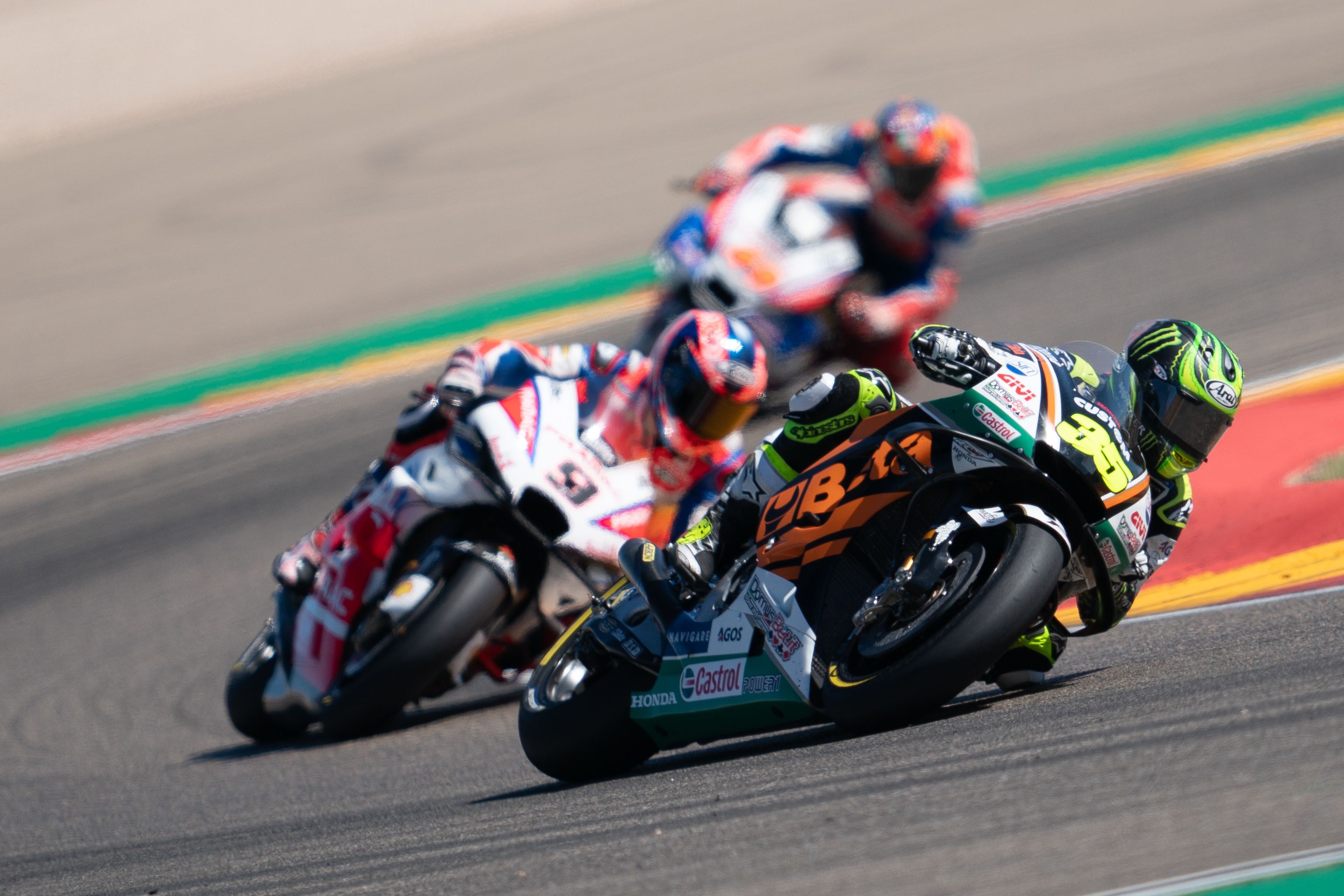 LCR Honda CASTROL rider Cal Crutchlow endured a frustrating end to the Grand Prix of Aragon weekend as he crashed out early on in Sunday’s race. The in-form Briton had demonstrated impressive pace throughout the meeting in north-east Spain and, after qualifying in fourth position, had looked well placed to challenge for a second consecutive podium finish.

Crutchlow made a good start from the front of the second row, but was held up by a coming together at the first corner that saw pole-sitter Jorge Lorenzo crash out spectacularly. Having fought back after losing positions, the 32-year-old was lapping in seventh and trying to get past the Aprilia of Aleix Espargaro when he fell at turn one on the fifth lap, ending his hopes of another positive result.

“Obviously I got a good start, but Jorge crashed in front of me – it was no fault of his own, it was just one of those racing incidents. I had to shut off because I thought I was going to hit him and dropped back to ninth or tenth. I made my way through, but then I had exactly the same crash that Marc (Marquez) had this morning at turn one, the bike kicked a little bit and l lost it in braking”.

“I felt quite good in the race, I was happy with my pace at that point and felt I could go faster when I needed to. But I knew it was a long race so was quite content with the position I was in, over the next few laps I needed to pick off Aleix (Espargaro) and Dani (Pedrosa) and then maybe fight for the podium. But Dovi (Andrea Dovizioso) and Marc had a great run and the Suzukis competed well today so it would have been tough. We crashed anyway, so now we just have to look forward to Thailand.”