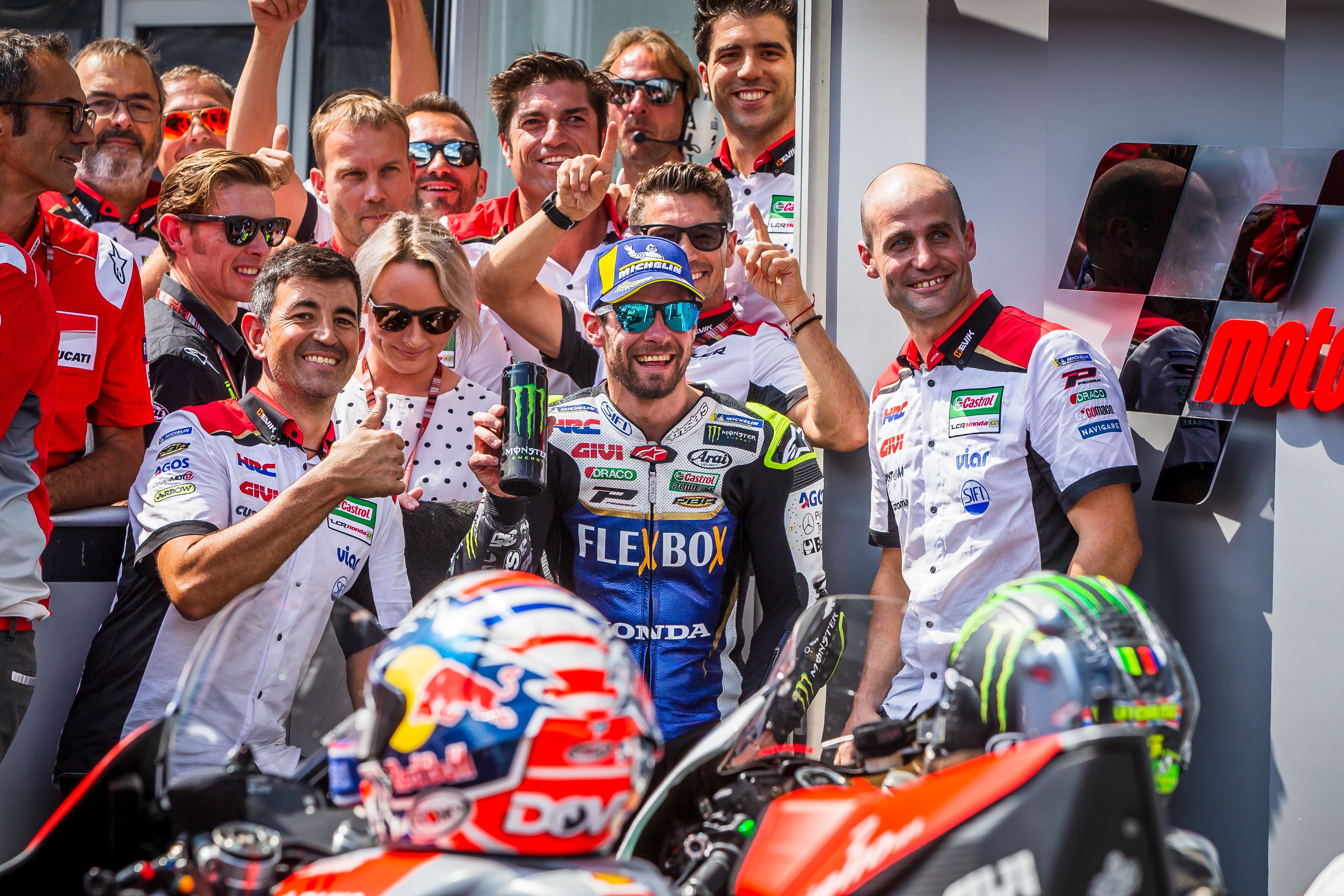 LCR Honda CASTROL’s Cal Crutchlow enjoyed a lonely but brilliant ride into fourth place at the Spielberg circuit in Austria today, as he sealed the top Independent Team trophy for the second race in succession.

It was always going to be a tall order to topple the might of the works teams from Honda and Ducati, but Cal guided his own factory Honda RC213V to four seconds clear of the rest of the field at a track he had suffered at in previous years. This represented a huge step forward from rider and team, and gives them high hopes for the next round of the championship, the British Grand Prix at Silverstone in two weeks’ time, Cal’s home race.

“We weren’t able to compete for the podium here today, but before the weekend I said we’d be happy with a top six finish and that’s what we have come away with. I rode well, but I couldn’t go away with the front guys at the start. It was impossible with the hard front tyre as I needed to build heat into it, as I almost found out at turn four on the first lap when I nearly went down”.

“I am obviously happy with the result today. I finished 15th here over the last couple of years, so to finish fourth today is a big step forward. To go away from here with valuable points and a couple of races of strong finishes it means that I can throw the chips all in at Silverstone in two weeks. A top-five finish won’t be out of the question, and I will aim to get onto that podium in front of the home fans.”