FAST START FOR CRUTCHLOW AT SILVERSTONE

FAST START FOR CRUTCHLOW AT SILVERSTONE 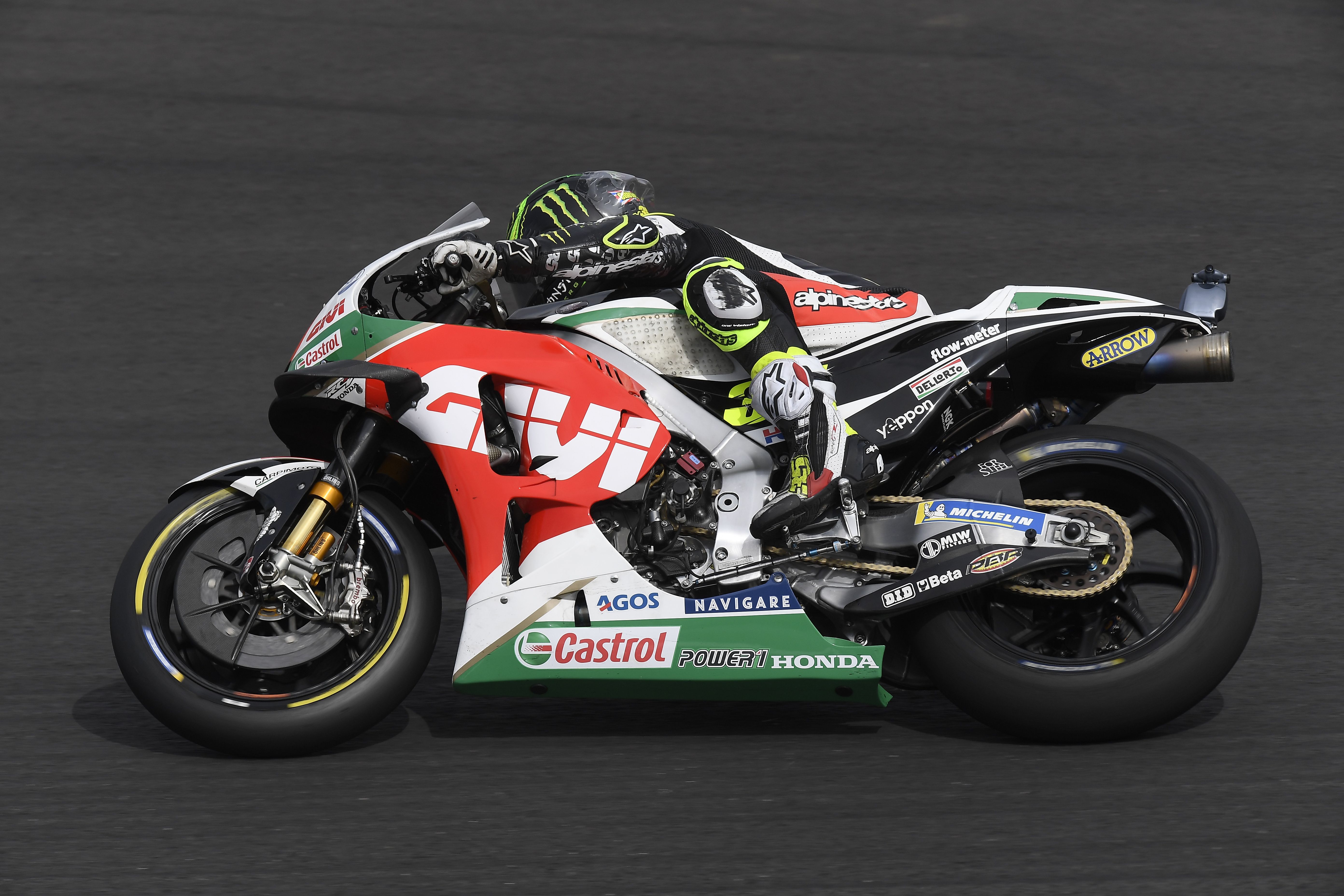 LCR Honda CASTROL rider Cal Crutchlow put down a marker at the British Grand Prix as he went second fastest on the opening day of free practice. The Briton headed into his home race on a high as it was revealed on Thursday that he had agreed a one-year extension to his HRC factory contract to continue racing in the colours of LCR.

Crutchlow has already made a good start in repaying that show of faith and was fourth quickest in a sunny but cool FP1 session on Friday morning. And, having qualified on the front row at Silverstone 12 months ago, the local hero is now well-placed to do so again as he then finished just five thousandths behind Ducati’s Andrea Dovizioso in FP2.

“I don’t think it was superb today, but that’s me being a racer and wanting to improve. Obviously I’m happy with the position I’m in, but I’m not fantastically happy with the way I feel on the bike. But overall I’m pleased, I happy with the way the team is working with regards to how we’re approaching the weekend and doing our job, but I’m concerned for the weather and with the forecast for Sunday. I want a dry race because I have the pace to win this in the dry”.

“I do not want to say anything bad about Silverstone because they do a great job here with how they run the event. But the track is in bad shape, I rode here three months ago and it was flat and perfect, but now it’s really bad and there are a lot of bumps, especially on a MotoGP bike with the horsepower we’ve got. With the wind we had today also, it made it a difficult day for everybody.”