FIFTH SPOT ON THE GRID FOR CRUTCHLOW IN JAPAN

FIFTH SPOT ON THE GRID FOR CRUTCHLOW IN JAPAN 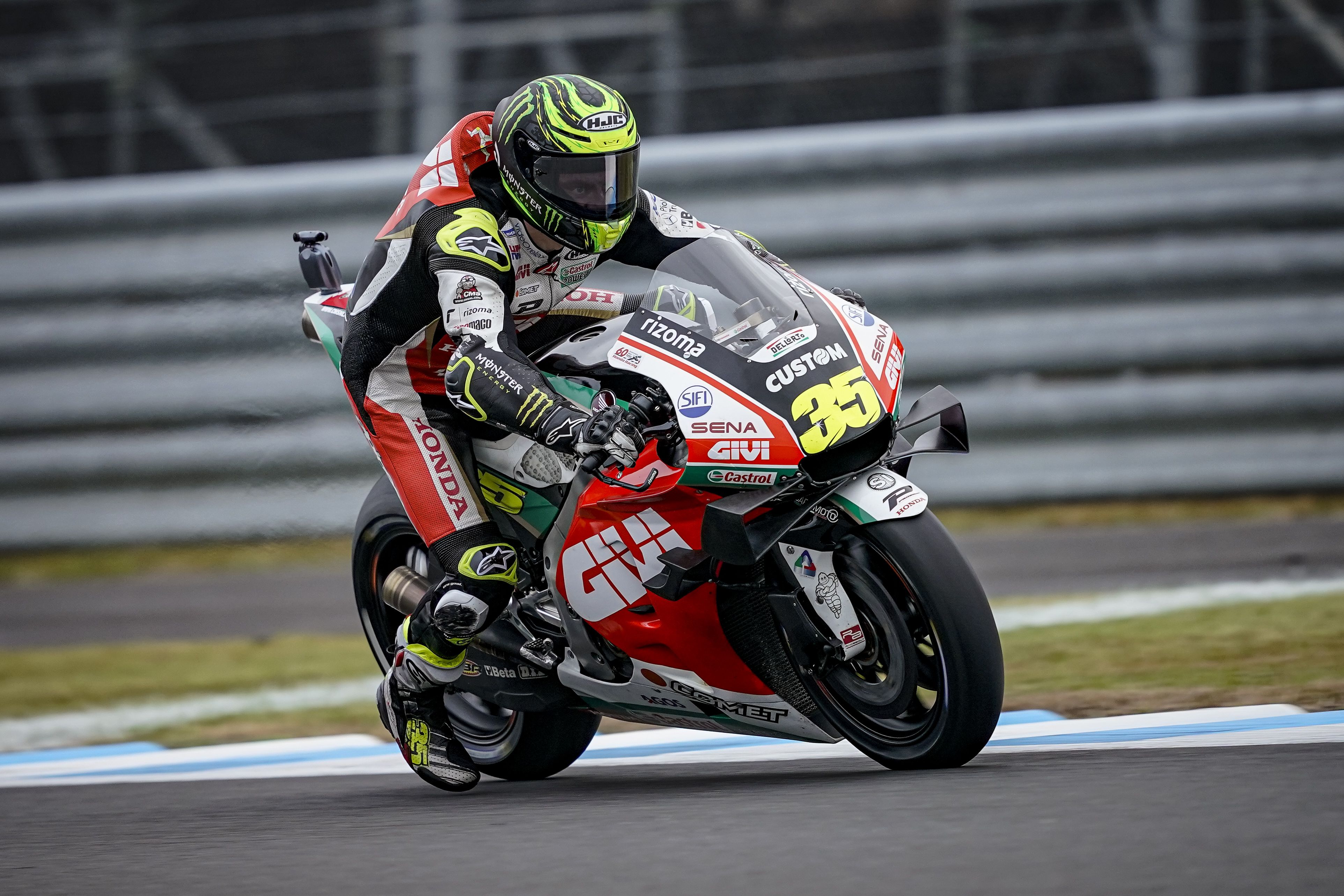 Cal Crutchlow produced a superb display to secure a place on the second row of the grid for the Grand Prix of Japan. On a drying, damp track, the LCR Honda CASTROL rider fought his way through Q1 and then again demonstrated his prowess at the Twin Ring Motegi as he claimed fifth place overall in qualifying.

Having finished as runner-up in HRC’s home race last year, Crutchlow will now have ambitions of another podium finish as he adapted impressively to Saturday’s mixed conditions. After going fourth fastest in FP4, the Briton then topped the timesheets in Q1, before challenging for a front row spot in Q2 as laid down a marker for Sunday’s race.

“It was difficult conditions because there were a lot of wet patches, but it’s difficult every corner or every lap of every circuit. But I’m 34 years old, I shouldn’t be riding like that, putting my neck on the line week in, week out! But it’s good fun, it’s entertaining and I felt good so I was able to push. I made a mistake in the third sector, I ran on the water and I couldn’t get off it so I lost three tenths or something, but I did my best and my best is second row and we’ll see what we can do tomorrow.”