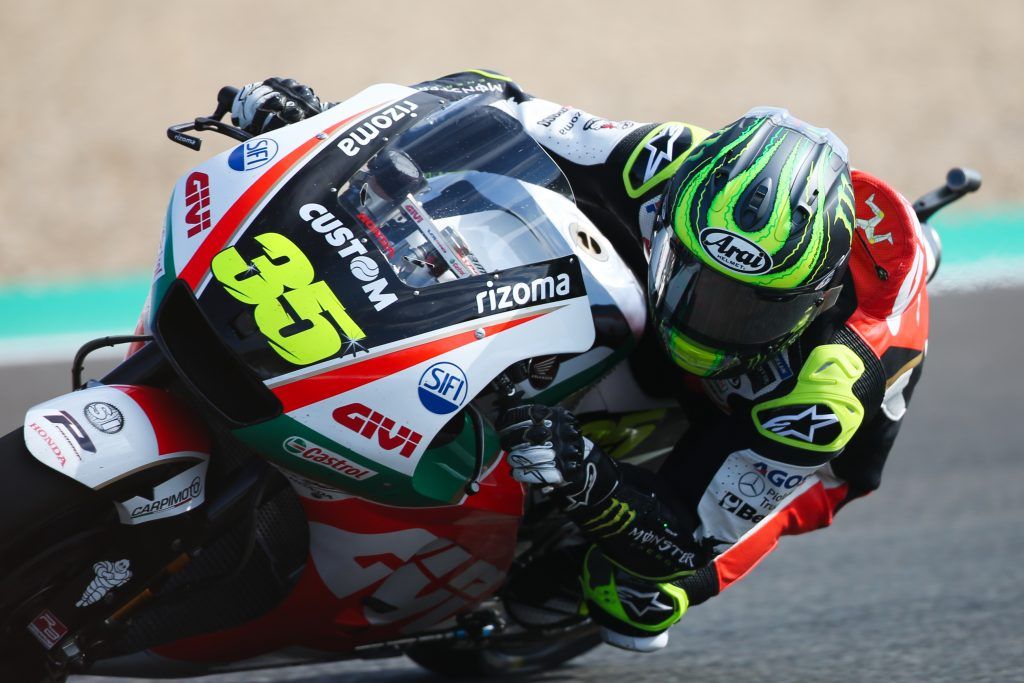 LCR Honda CASTROL rider Cal Crutchlow again demonstrated his exceptional pace this season as he topped the timesheets on day one of the Spanish Grand Prix at Jerez. The Briton is amongst the early pacesetters in the MotoGP championship standings following his victory in Argentina and served notice that he is ready to challenge again this weekend as he produced Friday’s fastest lap.

Crutchlow went eighth quickest in the FP1 session, but the LCR man shaved almost a second of his morning time to end the opening day on top of the pile – just ahead of HRC factory colleague Dani Pedrosa. While admitting there is still much hard work ahead tomorrow, Crutchlow is now targeting a place on the front row of the grid for Sunday’s race.

“Yeah, the bike feels good at the minute. The track is different to when I tested here in November, it was cold and very, very grippy then, now it’s quite greasy. I seem to be able to do the lap times quite well, the tyres are holding up well – the soft and medium anyway, on the rear – which we’ll use tomorrow. But we also need to try the hard as I think that will be the race tyre. But yeah, we’re confident enough with the bike, it’s going well.

“We went through some different settings, it didn’t feel great with the wings on the bike which I tried for the first time this year. It was quite windy out there and it was not reacting very well to that and we’ve had no time on the wings so the set up wasn’t great. But I feel good, it’s nice to be on top again. Now we have to work with the team tonight and then go into tomorrow with positivity and hopefully get on the front row.”