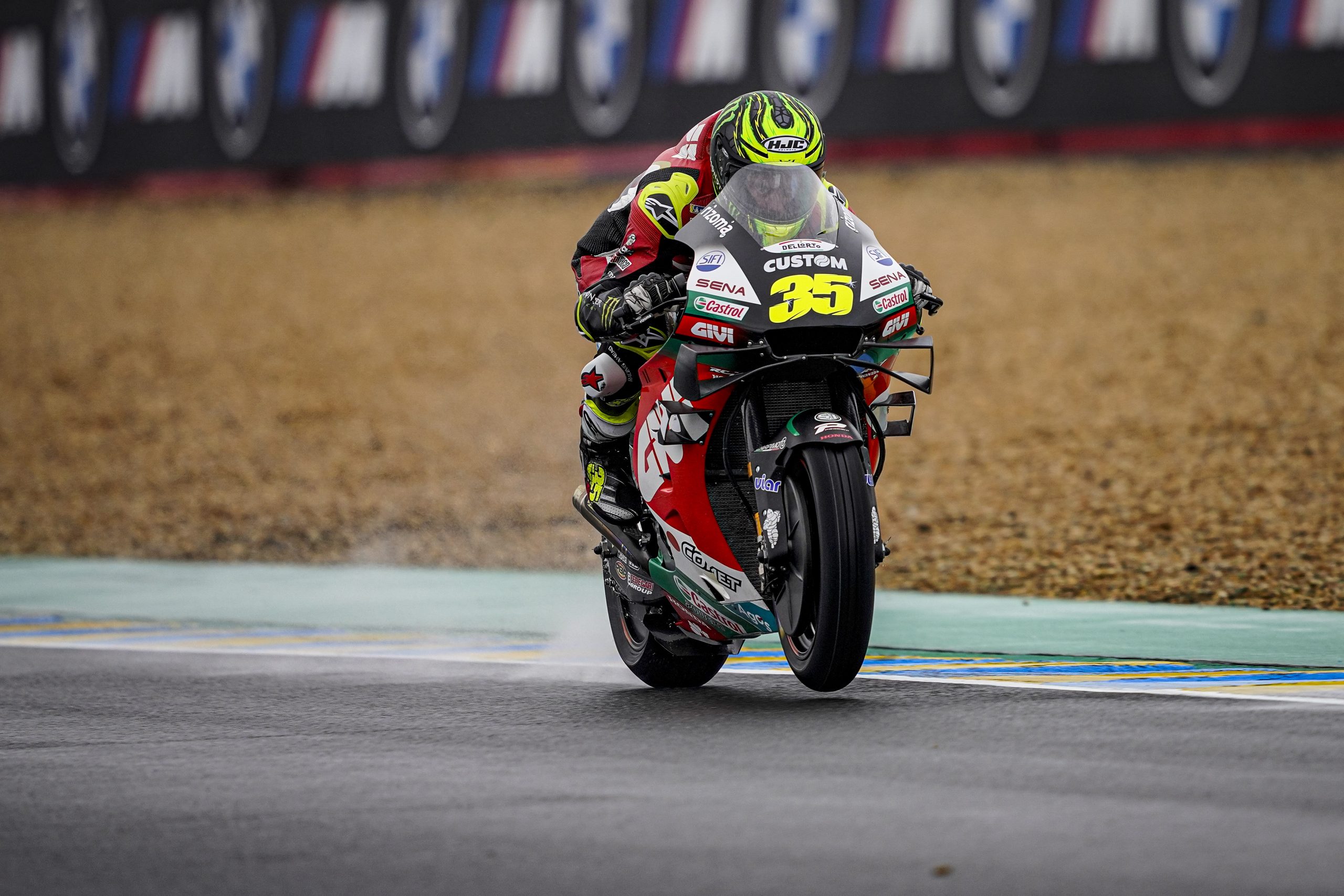 There were encouraging signs for Cal Crutchlow as free practice for the French Grand Prix got underway at a sodden Le Mans on Friday. While rain and a damp track made life difficult for the premier class, the LCR Honda CASTROL rider equipped himself well in both sessions and finished the day fifth in the overall standings.

With heavy rain falling in FP1, wet tyres were the order of the day and Crutchlow performed well to push into the top 10 in ninth spot. The afternoon session took place on a drying track with riders able to post much quicker times and Crutchlow was top of the pile with just five minutes remaining. Having initially finished seventh, the Briton was later promoted to fifth and is well-placed ahead of a crucial FP3 on Saturday morning.