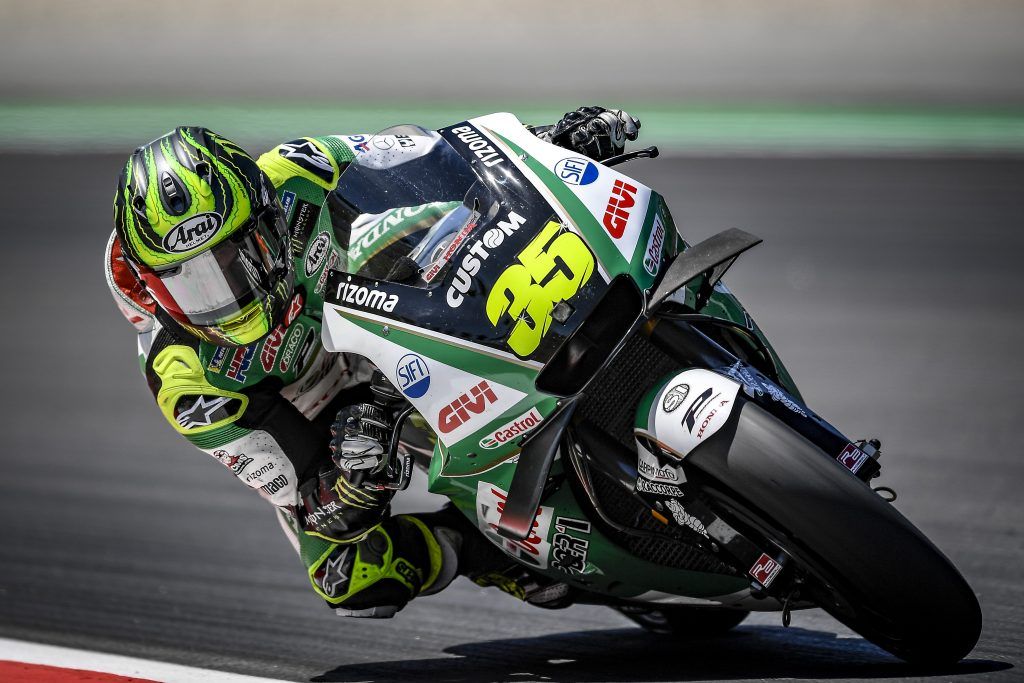 LCR Honda CASTROL’s Cal Crutchlow was towards the top of the timesheets as the majority of the MotoGP class returned to the Barcelona Circuit on Monday for a day of official testing. The Briton had already demonstrated his prowess in the resurfaced layout yesterday as he produced an assured ride to claim fourth place in the Grand Prix of Catalunya. He completed a total of 61 laps (6th overall) during the test session as he gathered more valuable data ahead of the next round in Assen where he is hopeful of maintaining his impressive recent form.

“It was quite a good day but extremely hot. We’ve tried many different things including electronics and a new Michelin front tyre which could help us in the future. We didn’t concentrate on lap times so much but I think we had a very productive test. Lapped the circuit 61 times and gathered useful data for the future races. Next stop will be Assen and our target remain the podium but it’s also very important to gain points for the standing”