SECOND ROW FOR CRUTCHLOW IN ARAGON

SECOND ROW FOR CRUTCHLOW IN ARAGON 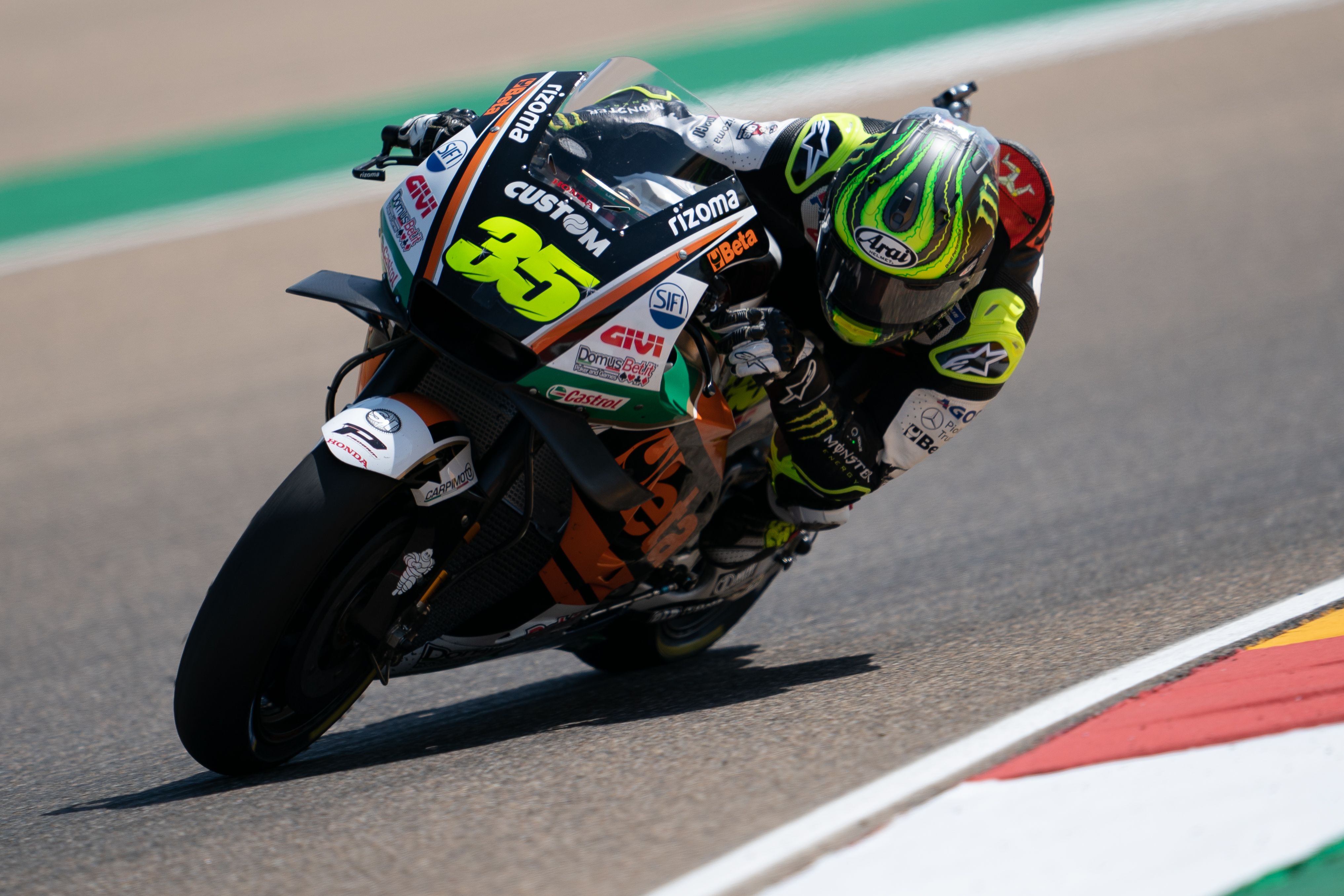 LCR Honda CASTROL rider Cal Crutchlow will start the Grand Prix of Aragon from the second row of the grid after another impressive showing during qualifying on Saturday. The Briton eventually had to settle for fourth place in Q2, but demonstrated impressive pace throughout the day and will now be looking to challenge for a second successive podium following his third place finish at Misano last time out.

Crutchlow laid down a marker in Saturday morning’s FP3 as he produced the quickest lap of the session, despite an early low-side fall at turn two. He then spent much of Q2 in a front row position, but was eventually edged out by a late charge from the factory Ducati riders and was unable to respond after an unfortunate crash when going well on his final flying lap.

“Obviously I’m a bit disappointed with that qualifying because I made a mistake in the braking (on my last lap). I took my eye off the prize because it looked like Maverick (Vinales), or somebody on a blue bike, went out, so I turned fast with the brake full on and went down. But I’m ok and the team have been working very hard again this weekend”.