SOLID START FOR CRUTCHLOW AT BRNO

SOLID START FOR CRUTCHLOW AT BRNO 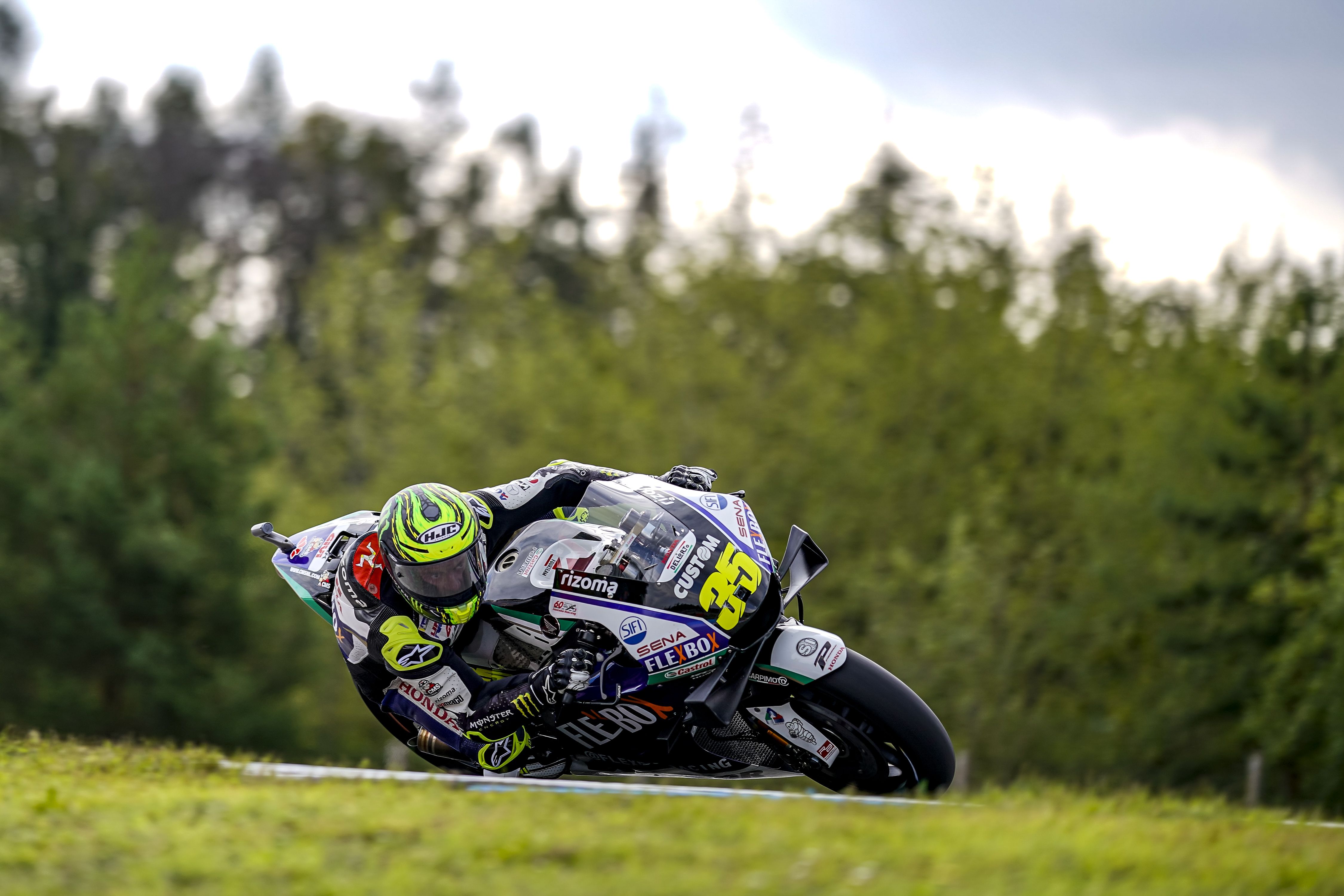 Cal Crutchlow battled hard to ensure he was handily-placed after day one of the Czech Republic Grand Prix. With the MotoGP class returning to action after the mid-season break, the LCR Honda CASTROL rider is looking to build on the podium finish he secured last time out in Germany.

Crutchlow admitted he experienced issues with both the tyres and set-up of his bike throughout the opening day of free practice at Brno. He was only 15th fastest in the morning’s FP1 session, but improved by over a second and a half in FP2 to claim eighth position overall. That now looks a good result with rain forecast for FP3 on Saturday morning.

“I felt better with the soft tyre obviously and I was able to go faster with that. Normally my style suits the hard rear tyre, but not today. We have no real understanding of why, the lap time was just really slow and I didn’t feel great on the bike anyway even though we tried two different settings. We’ll look forward to tomorrow, hopefully it will rain as we’re already in the top 10, but we need to improve. I don’t feel as good as I felt at Sachsenring, but it’s a different style of circuit. I’m optimistic and hopefully we can be towards that top five podium battle on Sunday, but we’ve got a long way to go after today.”