SUPERB SECOND FOR CRUTCHLOW AT MOTEGI

SUPERB SECOND FOR CRUTCHLOW AT MOTEGI 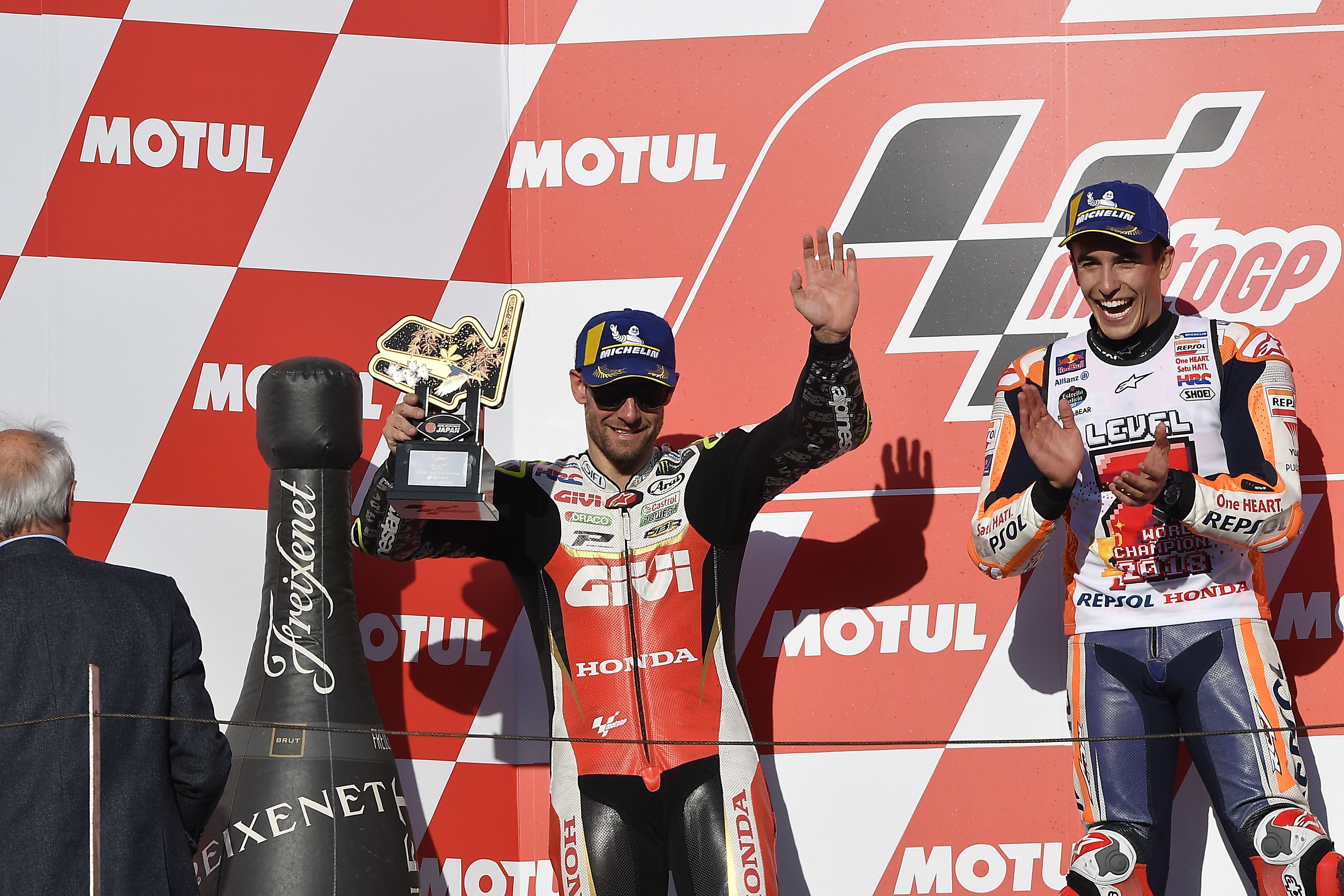 LCR Honda CASTROL rider Cal Crutchlow produced the goods at HRC’s home race on Sunday as he claimed second place at the Twin Ring Motegi. Having been consistently fast throughout the weekend, the Briton got the result his efforts deserved as he followed home HRC colleague Marc Marquez who secured a fifth MotoGP World Championship title with victory in Japan.

Starting from the front of the second row, Crutchlow quickly latched on to Marquez and Ducati’s Andrea Dovizioso as the three riders pulled clear at the head of the race. The LCR man looked comfortable as he stayed with the title rivals and it was only in the closing stages that they moved away. But Dovizioso then crashed on the penultimate lap allowing Crutchlow to come through for second after holding off the late challenge of Suzuki’s Alex Rins.

“Everyone saw it was a good battle today. We’re pleased with the result at Honda’s home race and the Team’s done a fantastic job. The problem we had was that Dovi (Andrea Dovizioso) kept slowing down the pace so it allowed the people behind to catch up, but I think we did a great job managing the situation”.

“I was struggling a little bit on the left hand side with the rear grip so I was trying to save the tyre for the end of the race and keep (Alex) Rins at bay, that’s all I needed to do. Then Dovi crashed and I took second place so in the end I was very pleased. At the moment we’re riding very, very well, we’ve had some good results lately and now we head to Phillip Island in good spirits. Of course congratulations to Marc for winning the world title: he made an incredible season”.