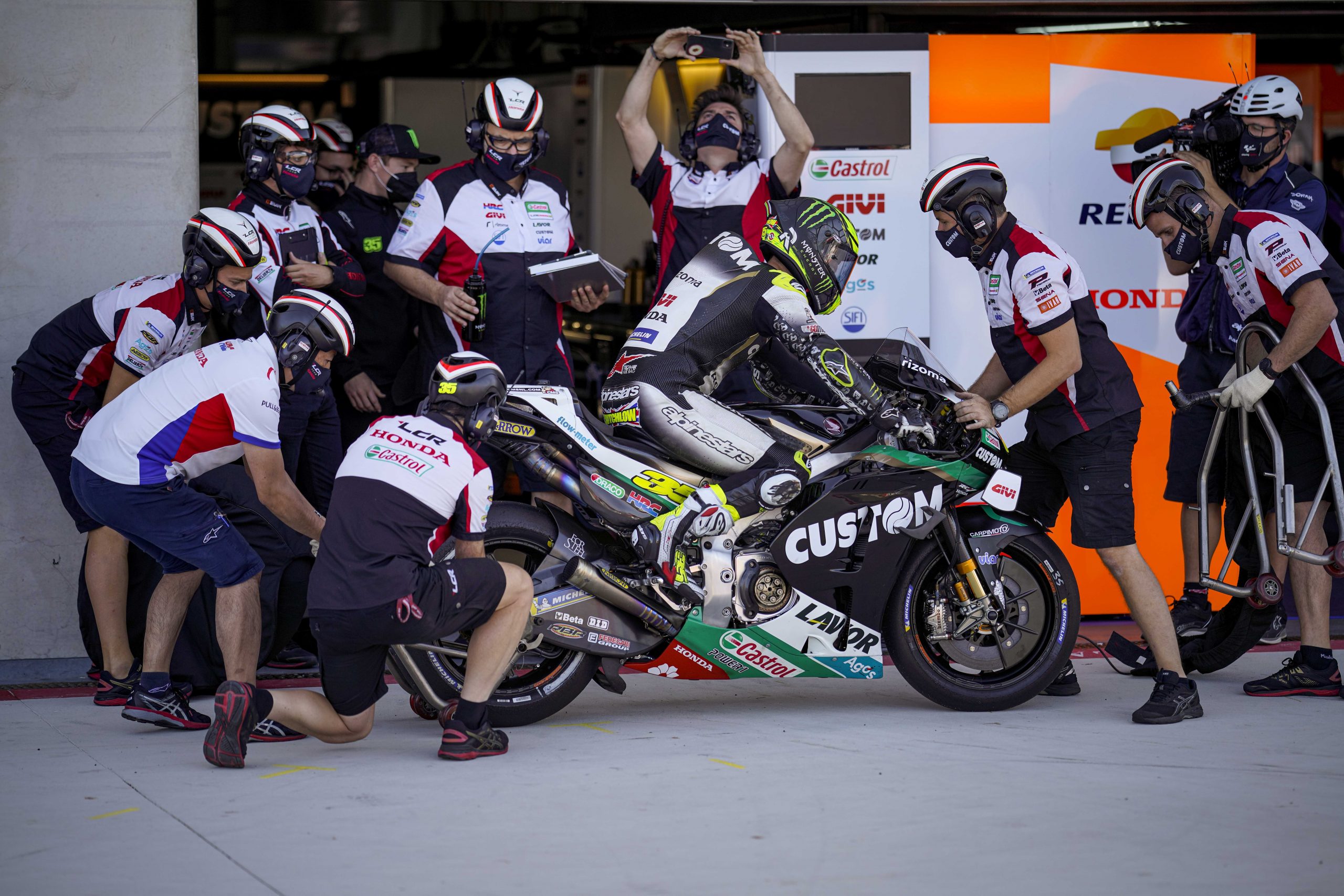 Cal Crutchlow will start the Grand Prix of Teruel from the third row of the grid after qualifying in seventh position on Saturday. Having finished Friday in third overall, the LCR Honda CASTROL rider produced another consistent performance today to remain amongst the pacesetters at the MotorLand Aragon circuit in north-east Spain.

The Briton booked his place in Q2 by finishing ninth in an ultra-competitive FP3 session and then claimed the same result in FP4. After an excellent final lap in qualifying, Crutchlow looked set for a spot on the second row, only to be bumped down by both Alex Rins and Fabio Quartararo in the final seconds of the session. But he remains well-placed for Sunday’s race in which team-mate Takaaki Nakagami will start from pole position.