THIRD ROW FOR CRUTCHLOW IN VALENCIA

THIRD ROW FOR CRUTCHLOW IN VALENCIA 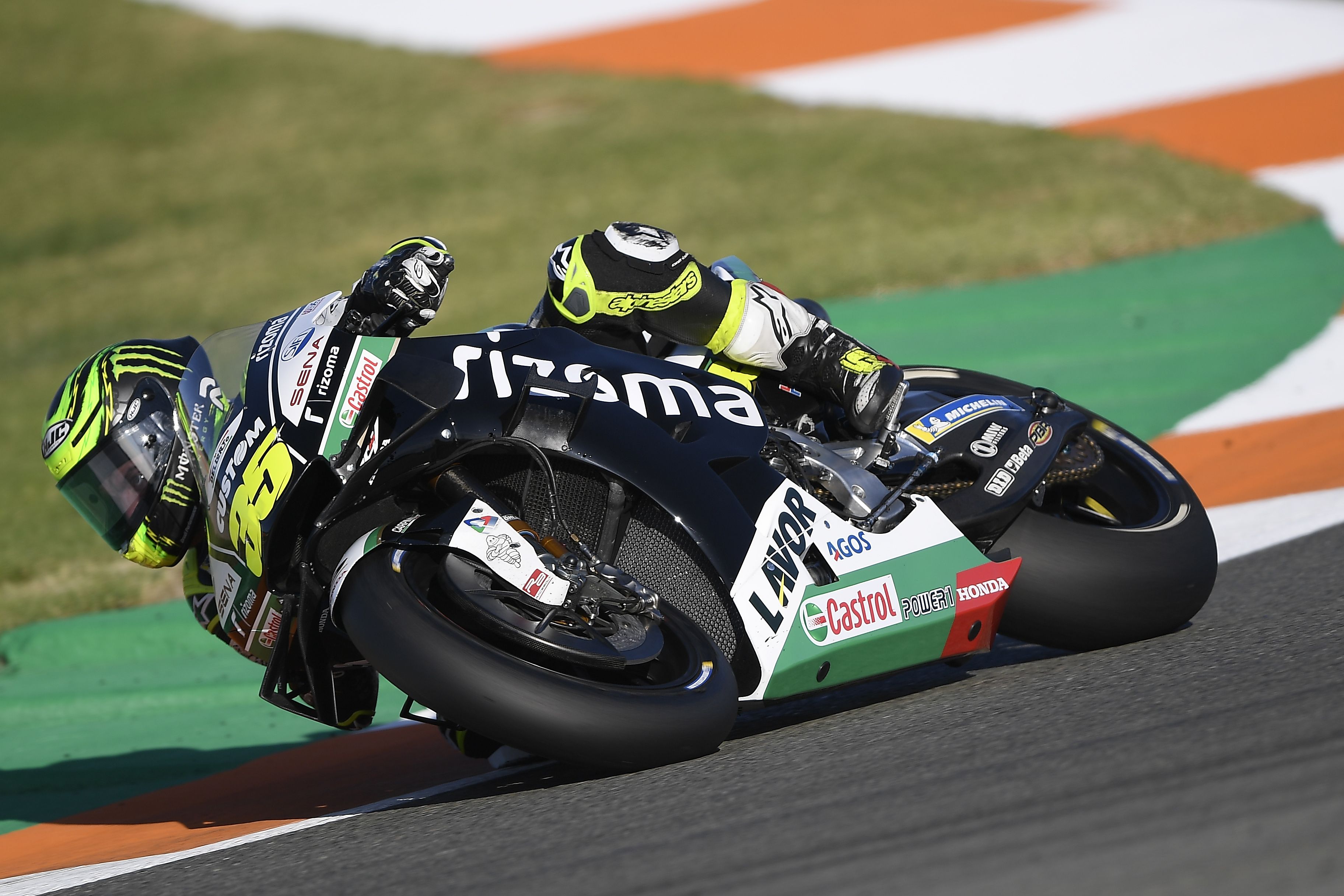 Cal Crutchlow emerged unscathed from a nasty crash early on Saturday to secure a spot on the third row for the Valencia Grand Prix. The LCR Honda CASTROL rider avoided serious injury after going down in FP3, but had already done enough to secure a place in Q2 and subsequently went on to claim ninth position on the grid for Sunday’s season finale at the Circuit Ricardo Tormo.

After finishing in 11th overall yesterday, the Briton knew he needed to find some improvement in Saturday morning’s FP3 and duly broke into the 1’30s before falling towards the end of the session. His lap was good enough to earn him 10th in the combined times and progress to Q2 and, despite some pain in his left hand, Crutchlow is looking forward to competing in Sunday’s race.

“I’m ok (after the crash), there’s nothing broken, just a few cuts to my left hand which we thought was broken. It was strange because I didn’t crash on my left hand side, I crashed on my right so I don’t really know where I hit my hand, but it seemed to have slapped the ground quite hard and it was painful. When I went back out it was really painful, but I had some treatment between FP3 and FP4 and then it wasn’t so bad. I’m happy enough because we’ve already started to test for next year with something on the bike. I think there’s some positives from it and some negatives. So we’re happy enough with what we’re doing and getting stuff ready for Honda.”