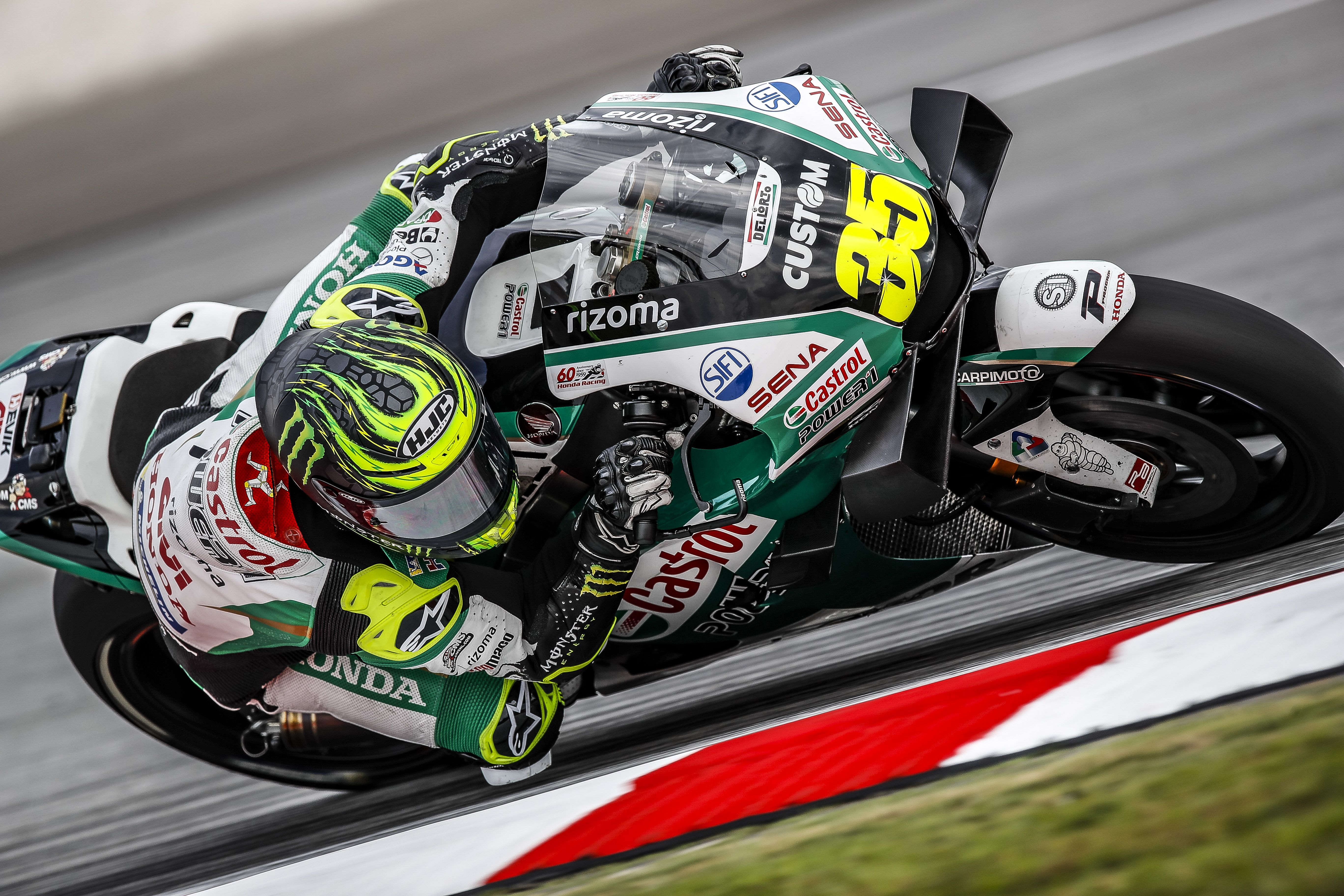 The Malaysian Grand Prix ended in frustration for Cal Crutchlow as he crashed out late on at the Sepang International Circuit. The LCR Honda CASTROL rider had high hopes of repeating his podium finish at Phillip Island in the last round after qualifying on the second row, but struggled to recover after making a bad start to Sunday’s race.

From fifth on the grid, the Briton found himself crowded out at the first corner and lost a number of positions. Although he tried to battle back, he was unable to find the rhythm he wanted and eventually crashed out at turn 15 with six laps to go, when in 12th place.

“Today was a difficult race, we’re very disappointed with the result of crashing out of the Malaysian Grand Prix. Today I got a really bad start and on the first lap found myself really far back in the field already. I tried to make progress and I was in a group that eventually finished around eighth place, but I had a bad feeling with the tyres today and didn’t feel good grip from the track or with our bike setting. Over the weekend I felt we’d made progress and could have had a good result today, but after the bad start I struggled to have the pace of going with the front guys. With the crash, I made a small mistake in the braking as I was trying everything to find the grip with the front tyre and unfortunately I locked the front. But we’d had a good last few races and now we look forward to the season finale in Valencia.”