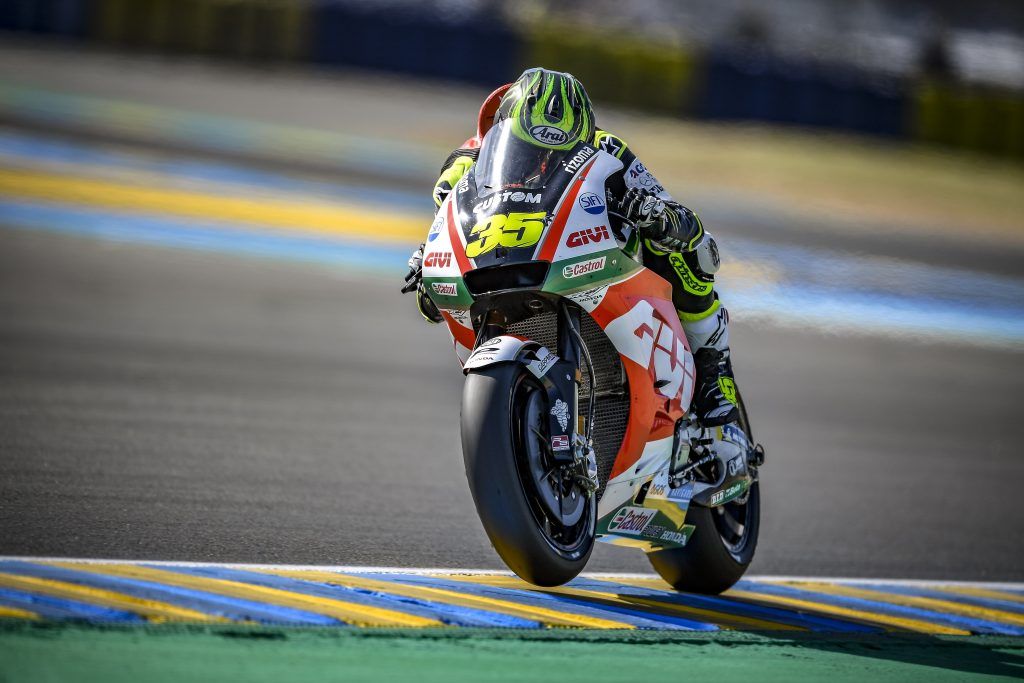 LCR Honda CASTROL’s Cal Crutchlow suffered a vicious highside crash during Saturday’s qualifying 1 session at the Grand Prix of France in Le Mans. Exiting turn nine whilst on a fast lap, the British rider was thrown over the top of his bike, before then being hit again by the motorcycle as it slid along the asphalt behind him.

The British rider was attended immediately by the marshals and medical staff at the side of the track, where it became clear that he had not lost consciousness at any moment, but was complaining of pain in the hip region. Cal was stretchered off, before being transferred by ambulance to the circuit’s medical centre. Once he was checked over by the medical team at the circuit, he was taken to the Centre Hospitalier du Mans for further examinations, which are still ongoing.

Provisionally, Crutchlow has qualified in 13th place on the grid, but a decision is still to be taken as to whether he will be fit to race.

“The most important thing first of all, is that after examination both at the Le Mans circuit medical centre and here at the hospital in Le Mans, Cal has suffered no fractures or major injuries. However, before Cal can be discharged from the hospital, he must undergo a series of blood tests and get their results.”

“We will await the results of these tests and reports before making any further decisions, and will endeavour to keep the media and fans updated as soon as we have more information”.