WORK TO DO FOR CRUTCHLOW AT LE MANS

WORK TO DO FOR CRUTCHLOW AT LE MANS 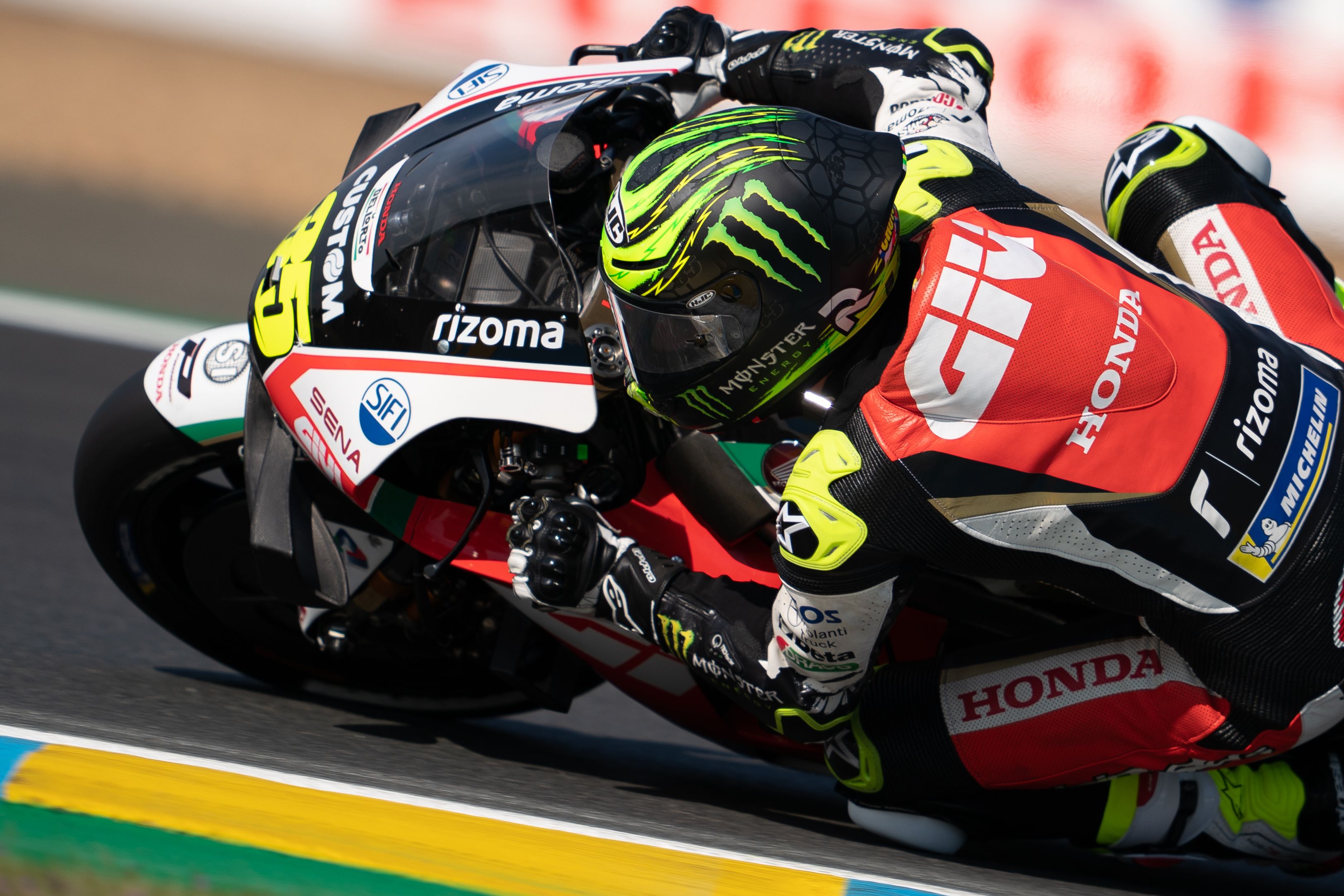 Cal Crutchlow looks to face an uphill task in qualifying for the French Grand Prix after a demanding opening day at Le Mans. The LCR Honda CASTROL rider struggled to find his rhythm as round five of the world championship got underway and finished down in 12th place overall on Friday.

Battling with the front end of his Honda, Crutchlow posted the 11th fastest lap in the morning’s FP1 session. With bad weather forecast for Saturday, all riders had their eyes on a top-10 position to ensure direct entry into Q2. But the Briton saw his hopes dashed by a fall towards the end of FP2 and is now hoping that the rain holds off tomorrow morning.

“I crashed going into turn four. We still don’t have a great feeling with the front end and it seemed that with the new rear tyre, it pushed the front and I went down. I didn’t do anything I hadn’t done there before, but the situation is what it is. I felt quite good with the hard rear tyre in the session, I was able to do a lap time when I needed. Anyway, I’m outside the top 10 which is never good on a Friday at Le Mans as it’s probably going to rain at some point. We just have to bite the bullet tomorrow morning and hopefully it stays dry.”